About a hundred Cubans stranded in Moscow previously requested to return to Cuba. They had the possibility to do so on the special Azur Air flight, which, in addition to the Cuban capital, will land in other Latin American cities to pick up and repatriate Russian citizens.

by Natasha Vázquez
in Cuba
0 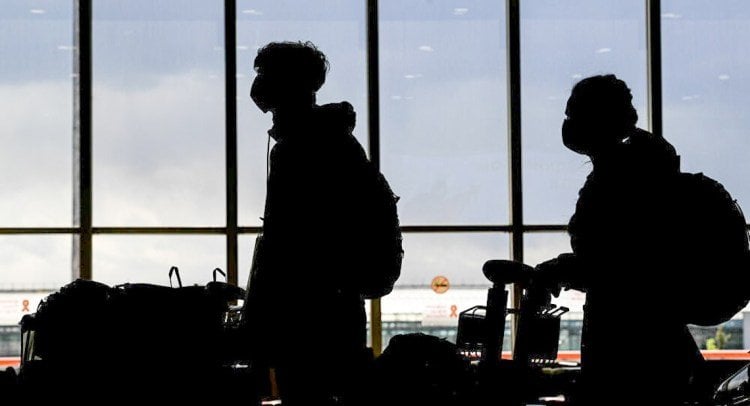 When a special flight to Havana took off from Sheremetyevo Airport on June 3, a months-long nightmare ended for some Cubans in Russia. For others, the nightmare has no expiration date yet.

About a hundred Cubans stranded in Moscow previously requested to return to Cuba. They had the possibility to do so on the special Azur Air flight, which in addition to the Cuban capital, will land in other Latin American cities to pick up and repatriate Russian citizens also stranded due to the pandemic.

On the aforementioned flight, only Cuban citizens residing in Cuba who previously updated their immigration status with the Consulate and registered their request to return could return to the island, after buying the air ticket.

Tickets were sold on the airline’s website at a price of 43,726 rubles (about 630 dollars), considered a very high price for most of those currently in Russia, preventing many from accessing the flight.

Among those who were left wanting to board that plane, many had return tickets, but on Aeroflot, the largest Russian airline and the only one that regularly flew to the island.

This is the case of Ricardo, a young Cuban professional who went to Russia on a visit in March with a return ticket for April. “I came to see the country, but what was nice turned into a nightmare,” he said. “I have been quarantined at some friends’ home, but I can’t bother them anymore. Also, I must return to my job and be there when my classes resume at the University. I couldn’t leave now because I didn’t have the means to buy the ticket,” he said.

Ricardo tried to change his ticket from one airline to another and it was not possible. If he canceled, it would take Aeroflot too long to return the money, so he had no choice but to stay on land and wait for the border to open and flights to restart, which apparently won’t happen before August. “I arrived for a month and it seems I’ll be here for at least six,” he said worried.

For others, the situation is much more tragic and the return even farther away. Many Cubans couldn’t even dream of boarding this flight. They’ve been in Russia longer than allowed and have not been able to regularize their immigration status, which is complicated in times of pandemic.

Idalmis Moreno knows this well, trapped with her family in a bureaucratic maze to which, at the moment, she sees no way out. “Although there is an order from Putin that you can work without special permits while the pandemic lasts, the reality is that no one hires immigrants. In our case, to return we must pay not only the plane ticket, but the fine for being over time, plus the extension of the passport. There is no money for that,” she said.

Among the cases with a happy end is that of Yunior Sánchez, from Havana, who initially had a return ticket to Cuba for April 23. When he was surprised by the border closure, without resources, he was forced to live for several days in the same airport from where he has now taken off. “I am diabetic and I spent several days without eating,” he said to Sputnik.

During these months, he ended up in the hospital several times. “I survived thanks to good people who helped me with shelter and food.” Now, with the support of a relative, Yunior has managed to go home.

The strength of solidarity

One of the people who supported Yunior the most is Anna Voronkova, a young Russian woman who, along with Pedro Luis García from Havana, has devoted herself to giving a hand to hundreds of Cubans in Moscow who are in a desperate situation due to the pandemic.

“They called me to translate when the Muslim Foundation Casa de la Bondad started giving aid to Cubans. I myself was stranded in Argentina in 2010 due to the earthquake in Chile, so I identified a lot with the Cubans I’ve met.”

Upon learning of the special flight, Anna contacted Veronika Birman, a Russian tourism businesswoman who has dedicated herself to helping her compatriots stranded in other countries return to Russia.

The initiative was supported by Maria Zakharova, spokesperson for the Russian Foreign Ministry, who made her team available to work in coordination with Veronika and other volunteers. Thus, they have been able to collaborate so that hundreds of Russians in situations of need return home. They still have about 60 pending cases.

But she was not indifferent to the situation of the Cubans. “I discovered that not only the Russians suffer for not being able to return. Our homeland is also a foreign land for someone,” she said. In this way, they tried to help at least four Cubans whose lives could be endangered in case of falling ill with coronavirus. Three with chronic pathologies and one pregnant.

After many efforts, three of them managed to get on the plane with humanitarian tickets at half price. “Azur Air’s support was decisive, and specifically Anastasia Dyumulen, director of the airline’s Information and Communications Policy Department. She helped us a lot with the Cubans,” said Birman.

“We tried to get those four and even more to go. The company and the Russian Foreign Ministry were willing to consider the possibility of giving some free humanitarian places, but it was not possible to coordinate in time due to misunderstandings with another involved party,” Voronkova explained to Sputnik.

A total of 170 passengers are now flying over the Atlantic. Of them, about 80 will stay in Havana, according to Azur Air sources.

The rest, citizens of Brazil, Argentina and Chile, will continue their trip to Sao Paulo, Buenos Aires and Santiago. The plane will return to Moscow on June 6 with Russian citizens stranded in those countries.

According to a statement from the Cuban Embassy in Moscow, a donation from the Russian government was sent on the flight: 15,000 tests for the detection of the coronavirus. Also among the citizens who returned to the island is “a group of officials, workers, and their families from the diplomatic mission, as well as Cuban students who are part of the One Hundred Scholarship Program and who had already completed the academic year.”

Meanwhile, other compatriots are waiting on land for better times to come.