The current composition of Cuban emigration in the United States is as varied as its migration projects, its political positions, and its attitude towards its country of origin.

elaineacosta
in Nation and Migration
0 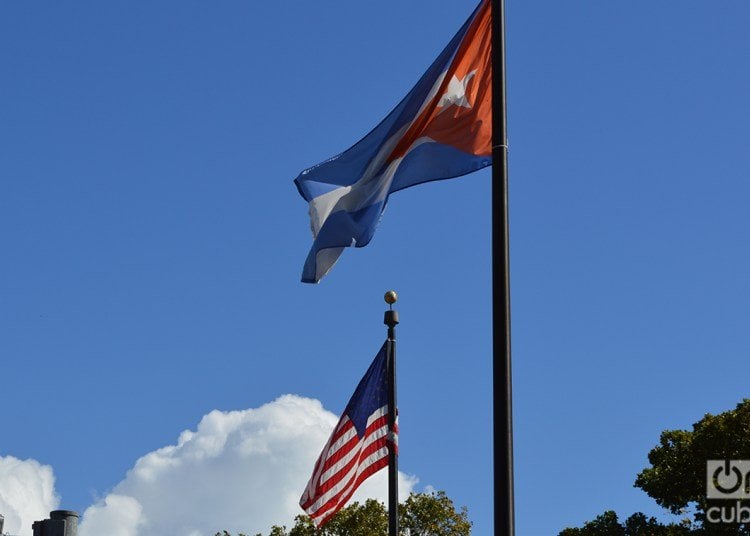 The so-called new Cuban migration to the United States is made up of a large and diverse group that emigrated after the migratory agreements of 1994-1995 and that has continued until today in successive waves. Only between 1995 and 2017 did more Cubans immigrate to the United States than in any of the other stages. The images that circulate regarding this “new migration” refer, roughly, to the apparent depoliticization of this group, represented on the label of the “economic migrant,” whose concerns would be centered on supporting their families on the island, instead of opposition to the Cuban government or their integration into U.S. society. In short, the vast majority continue to be classified as old, but also renewed molds and stereotypes, sometimes stigmas that, as often happens, say little about the diversity of this group, its migratory projects and political positions. In the following lines, I share some preliminary data and findings from a study carried out in September 2019 through group discussions with Cubans belonging to these most recent waves arriving in Miami, in order to build a possible research and debate agenda.

Motivations and meanings of migration: more similar than different

Despite the strength of these stereotypes, the motivations and meanings of recent Cuban migration have diversified and become complex, although the rejection of “the system” prevailing in Cuba remains paramount for the majority consulted. Three major aspects of the motivations emerge from their discourses—family, political, and economic. However, they very often appear intermingled and with resignification. “Today it’s the economic and the economic is the political,” said one participant. Therefore, the idea is rejected that, for the last 25 years, Cuban migration has been strictly “economic” and not “political,” even though, paradoxically, several participants accuse the most recent migrants of considering themselves “economic” migrants exclusively and some of the newer arrivals perceive themselves as such.

In political terms, the lack of freedoms appears as a reason to migrate. But this lack of freedoms has political expressions (ideological discontent with the “system”) and also economic ones (professional upgrading, life improvements, job opportunities). It may be thought then that, although some affirm that it isn’t political reasons that have driven their migratory project, in general the motivations for emigrating within this group have not been entirely different from those of their predecessors, even though nowadays there are conditions that make it easy for these migrants to maintain a more active relationship with the country of origin.

It should be remembered that this new wave of Cuban immigrants, now under scrutiny, is not the first to be criticized. The “historical exiles,” who arrived in the United States in the first decades after the triumph of the Revolution, were victims of racism and rejection of foreigners, manifested in the posters “No blacks, no Cubans, no dogs.” However, the following waves of Cubans have also experienced criticism from those who arrived before. Thus, before the term “rafter,” that of “Marielito” was used, which not only described the one who came in 1980 through the port of Mariel, but also referred to certain behaviors and ways of being of a generation that had already been socialized in the “project of the Revolution.” Its pejorative load is similar to that of “rafter,” although with nuances and features that differentiate them.

The term “rafter” has also ceased to refer only to a way to emigrate to the United States in fragile boats, and that at first described those who participated in the 1994 exodus, to carry a pejorative sense, attributing to them vulgar, materialistic and opportunistic behaviors, in addition to an apolitical position against the Cuban government and the reasons for their migration. Beyond these images, it would be better to get to know this group to which the social sciences are still indebted.

In terms of size, the Cuban-American community is the third largest concentration of Latinos in the United States. According to the Pew Research Center (2017), since 2000 that population has shot up 84%, from 1.2 to 2.3 million. The year 2010 marked an important milestone, since by that date it was estimated that 52% of those born in Cuba who were in the United States had arrived in this country after 1990 (Pew Hispanic Center, 2012). Specifically, between 2010 and 2016 the Cuban population in the United States increased by about 170,000 new immigrants.

This numerical growth has been accompanied by significant changes in the composition and social dynamics of the Cuban-American community in the United States. In its composition, a greater racial and class diversity is highlighted, a high emigration of young people and the increasing participation of women. On the means of arrival to the United States, a variety of paths appear where legal migration (family reunification, visa lottery, refugee applications and political asylum, etc.) is combined with undocumented migration, according to the logic created by the Migration Agreements of 1994/95, together with the dry foot-wet foot policy. In addition, the increasing use of other countries to reach the United States as a final destination is noted, often entering through the southern border with Mexico. This last trend was particularly noticeable as of 2012.

Regarding the dynamics of social and economic insertion, although Cuban-Americans have slightly higher average incomes than other Latino groups, Cubans who have arrived in the last 25 years have not had the economic success achieved by their predecessors. In fact, this trend dates back to 1980. The behavior is uneven between the different waves, and when we focus on Miami, the average income of the Cuban household is below the national average for Latinos (Portes and Puhrmann, 2015). Based on the analysis of data from different censuses and other lengthy studies, Portes and Puhrmann (2015) provide evidence on how post-1980 Cuban migration to South Florida has not achieved the same results of economic integration as the previous migration.

Despite this, at the level of perceptions, a discourse prevails in accordance with the job and economic opportunities found in the United States, even when many complain about the cost of living, low wages, language barrier or the need to resort to public assistance. In this sense, the economic insertion in the enclave produces perverse effects: in the same way that it facilitates the initial labor insertion, it makes it difficult to learn English, as it is not a requirement for many of the jobs in the city of Miami. All of this reinforces an insular position that makes it difficult for these migrants to connect their economic circumstances with debates about policies or economic conditions at the national level.

Regarding the relationship between emigration and its country of origin, the transnationalism of ways of life stands out, as a result of greater communication with the island, the circularity of flows, and, a process unthinkable for many years, the return migration, although still on a small scale. These are processes that date back to the 1990s, but have experienced a qualitative intensification with the expansion of Internet in Cuba and since a reform of Cuban immigration laws came into effect in 2013. This reform made flexible the terms under which Cubans could exit and enter their country of origin, as well as stay outside of it without losing their residence. In this way, not only was there a notable increase in Cubans traveling or emigrating as of 2013, but an increasing circularization and transnationalism of flows was also encouraged. Additionally, the Cuban government created new facilities for repatriation. The statistics of Cubans who have requested it, according to statements by the general director of Consular Affairs and Cuban Residents Abroad (DACCRE) issued in January 2020, indicate that a total of 57,746 Cuban emigrants would have requested to reside again on the island, among them 36,471 residents in the United States. The statement did not say whether all the requests had been approved.

A sign of the new connectivity between the island and its emigration is that the trips from the United States to Cuba in 2013 reached a historical record of more than 600,000 visitors, only taking into account Cuban-Americans and Americans passing through the island. At the end of 2019, according to statements by the Cuban foreign minister, the number of Cubans living abroad who returned to visit their country amounted to 623,831, most of them from the United States, despite the shift in U.S. policy towards Cuba under President Donald Trump. The figure represents an increase of 3.9% over the previous year and reaffirms previous years’ trend toward an increase.

Based on these traits and motivations, several questions arise. In the first place, if these changes imply a resignification of the Cuban emigration in Miami, its participation patterns in the political life of the United States and its position with respect to the Cuban government. Does it mean that we are really on the verge of an ideological or political transition in the Cuban and Cuban-American community in Miami, within which the attitudes of the “new” migrants would play a fundamental role?