Those affected have their stay guaranteed in Cuban hotels until they are transferred back to the United Kingdom, explained the source from that country’s Embassy on the island. 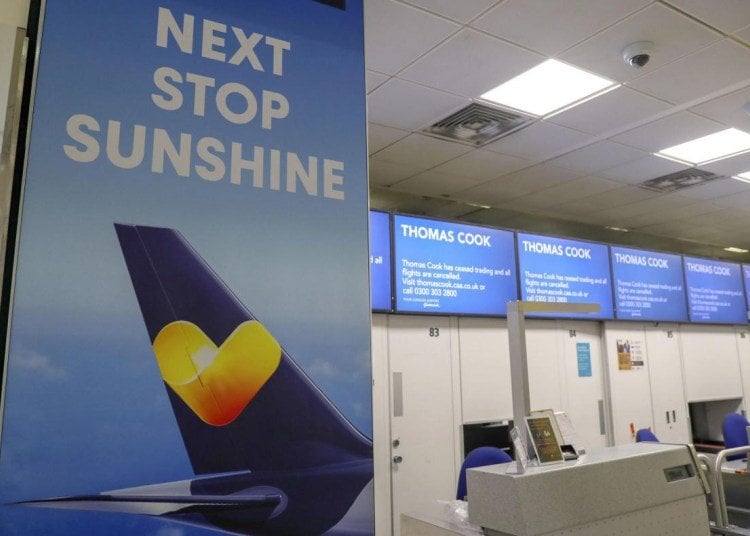 The British Thomas Cook tour operator’s bankruptcy has affected some 2,000 tourists who are in Cuba, sources from the Embassy of the United Kingdom in Havana reported this Monday, and has led to the rescheduling of 10 flights from three airports on the island.

Those affected are in three Cuban destinations: the eastern province of Holguín, Cayo Coco, off the northern coast, and the popular tourist resort of Varadero, about 150 kilometers west of Havana, an official of the British diplomatic mission said to the EFE news agency.

Thomas Cook’s customers were planning to return to the United Kingdom in the next few weeks on a total of 10 flights, the first of them this Tuesday afternoon from Holguín to London’s Gatwick Airport, which has been rescheduled for the same day.

The remaining nine flights from the three destinations, which were planned between Wednesday, September 25 and next October 6, are still pending rescheduling, according to the United Kingdom Civil Aviation Authority (CAA).

Those affected have their stay guaranteed in Cuban hotels until they are transferred back to the United Kingdom, explained the source from the Embassy, ​​which has sent assistance personnel to the three destinations to tend to Thomas Cook’s customers.

For his part, the British ambassador to Cuba, Antony Stokes, explained via Twitter that he is working closely with the country’s authorities and Thomas Cook staff to help ensure customers can continue to enjoy their holidays and return safely to the UK.

We are working closely with the Cuban authorities & #ThomasCook staff to help ensure customers in #Cuba can continue with their holidays and return safely to UK. I’m grateful to those here on holiday for your patience as further info comes together, and to the Cuban government.

The approximately 2,000 tourists who traveled to Cuba through Thomas Cook are part of the more than 600,000 worldwide―150,000 of them from the United Kingdom―affected by the bankruptcy of this tour operator, which took place in the early morning hours after 178 years of history.

The fall of the group―which operates in 16 countries, has 105 aircraft and 200 hotels and hotel complexes with its brand―also affects those who have already paid for reservations in advance, totaling millions of pounds.

In addition, it is an indirect blow to Cuban tourism, which loses an important client and one of the principal bridges or the principal one for those who visited the island from the United Kingdom.

Thomas Cook went into suspension of payments when it did not obtain the additional funds of 200 million pounds (227 million euros) required by banks―such as RBS and Lloyds―to face the winter months.