For almost a month, Cuban artists will invade spaces in Design Week Mexico, an event dedicated to Cuba on this occasion. 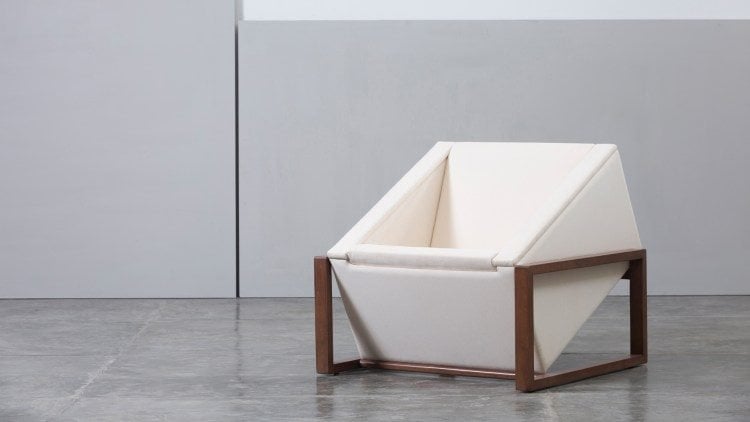 The 11th edition of Design Week Mexico (DWM) has as a guest country Cuba, a just recognition of Cuban graphic and industrial designers, with recognized work in several countries and that is not always completely visible in our country.

The Mexican capital will host from next October 3 to 27 designers from several countries in an event that for years has been extending its programming to more than a week, to show the work of renowned professionals in the sector.

The DWM billboard, which is also dedicated to the state of Yucatán, covers more than 15 simultaneous activities between exhibitions, interventions in public spaces, conferences, talks, documentary shows, academic activities, pavilions and routes around design and architecture, under the slogan: Design in heritage contexts.

The exhibition Cuba: La singularidad del Diseño (Cuba: The singularity of Design) will be one of the central moments in the month of October, an exhibition composed of design pieces, photographs, models and graphic and interactive materials by around 50 artists and specialists, where the audience attending the Museum of Modern Art can get to know Cuban cultural diversity through its design and architecture.

Regarding the issue of the rescue of Cuban heritage and participation, City of Havana Historian Doctor Eusebio Leal Spengler stated on the event’s website that “having the experience of Design Week Mexico honors and satisfies us greatly, so I endorse the participation of our Office in this event.”

The Office of the City Historian (OHC) will present the work they have done for decades in the field of conservation and restoration in the Cuban capital, a World Heritage Site, with the exhibition Ellas restauran, designed by the Restaura Architecture and Urban Development Projects Enterprise of the OHC, which consists of a sample of 17 posters that show a part of the work developed in the Historic Center of Havana, conceived by women.

The works that will be shown from October 11 to 27 at the Torre del Reloj were developed by architects and engineers working at the OHC, with pieces that dialogue with gender relationship studies and the labor dynamics of their profession.

Another of the event’s proposals will be the Design House, a sort of catalog in real time where about 20 designers and architects intervene a 1940s functionalist house, a building that contains styles and trends that make it possible to recreate a platform for the exchange of professionals.

Designer Luis Ramírez, vice president of the Caguayo Foundation, will participate for Cuba in the Design House. His task consists in intervening the hall of the house, a space of approximately 15 m2, together with other Mexican specialists. His Mondrián armchair, a piece awarded the ONDI Prize last year, will also be part of the exhibition Cuba: La singularidad del Diseño (Cuba: The uniqueness of Design).

“The Caguayo Foundation has been invited to be part of the Organizing Committee of the event with the aim of organizing and showing what has been done and is being done in our country regarding design. Since its emergence our institution has supported and promoted Cuban design nationally and internationally and this responsibility is a recognition of this work,” said to OnCuba Ramírez, who also thanked the exchange between professionals from both countries.

In addition to the exhibition spaces, the Design Week includes the contest Inédito (Unpublished), open to utilitarian design projects in categories of social impact, environmental impact, innovation, functionality, aesthetics, concept, user experience, materials and processes, which will be active from October 4 to October 20, a platform that includes two categories of participation: professionals and students.

The latter will present a piece of furniture “thought to be made in Cuba and made in Cuba,” he commented to OnCuba. “The idea with this chair was to change the aesthetics of what I was working on so far and give it a more handmade style. I think this has influenced the selection of the work for the contest, where I share space with four other Cuban projects, which is an excellent opportunity for young designers from the country,” Veranes added.

Guajiro Studio will also bring to Inédito a piece of furniture, with a bench that responds to a minimalist design with elements representative of national identity, another of the Cuban attractions in the competition, which distributes eight honorary mentions and a cash prize for proposals with social and environmental impact.

The handicrafts will also have Cuban participation in the Visión y tradición residences program. Two artisan communities, one in the state of Yucatán and the other in Taxco, Guerrero, where artisans and designers from the country and guest state are included, to foster collaboration and establish a working link between traditional production and contemporary design. The pieces produced will be exhibited for three weeks in the Media Luna room of the National Museum of Anthropology in Mexico City.

Regarding this meeting between Cubans and Mexicans, the vice president of the Caguayo Foundation says that in addition to this space, “we will have more exchanges with Mexican designers because we are participating together in each of the activities and exhibitions being presented there. In the Inédito contest and the exhibition we will be competing and exhibiting together.

“In Visión y Tradición our designers have already held exchanges on their field, techniques and crafts that will be displayed based on handicraft productions made by Mexican artisans and Cuban designers. Design House gives the possibility for a Cuban designer and several Mexican designers to redesign as a team, a space that would respond to a new function and in the marketing space called Diseño y Contenido; we will also show and market products made by designers from both nations.”

Diseño y Contenido is one of the most colorful activities every year at Design Week. Industrial containers become pop-up shops to show pieces produced by Mexican and Cuban designers with a select sample of their work and products.

This space of items of costume jewelry, jewelry and textile design will be a great fair featuring some of the offers that Cuban artists, mostly young, will be promoting for the public, one of the objectives of this activity of the event’s program.

The Expo DW expo sale will also make it possible to make visible the products made in Cuba, a commercial platform for direct sale to the public whose main purpose is to boost the economic potential of the creative industries of its producers and promoters.

In addition to the sale of products, simultaneous presentations will be held around business models, brand registration, export, as well as meetings with national and international buyers and thus promote trade relations between counterparts and companies from several nations, a necessary international market which needs to take advantage of Cuban design.

“Design Week Mexico will be an opportunity to make Cuban design visible on a global scale and will facilitate many exchange spaces with international designers and producers,” says Luis Ramírez, aware of the need of moments like these for Cuban design (especially industrial design).

Although our country has achieved greater visibility of its designers in newly created events such as the Havana Design Biennial, DWM recognizes the work of the sector’s Cuban professionals with an outstanding track record in several aspects of this industry, so necessary for development on a global scale.