The International Fund for Agricultural Development has assigned 170 million dollars to projects that focus on increasing the areas of cultivation and under irrigation and the implementation of good agricultural practices. 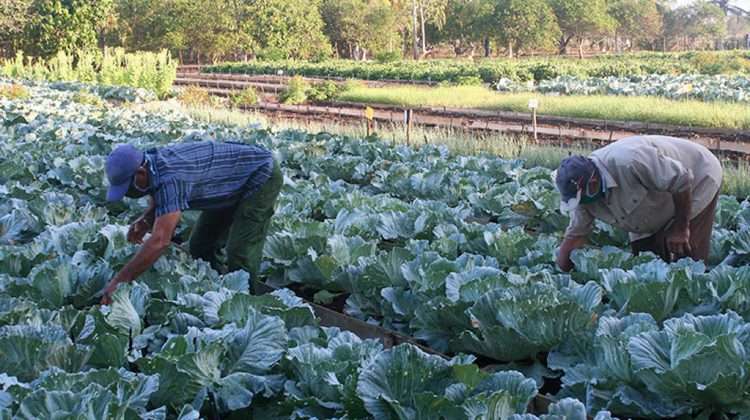 The International Fund for Agricultural Development (IFAD) is investing 170 million dollars in Cuba for the modernization of agricultural production and the development of sustainable agri-food systems, according to official media on the island.

After ten years of cooperation with the implementation of three important projects in the country, the increase in cultivated and irrigated areas and the implementation of good agricultural practices are the main results of the technological and financial support with loans and non-reimbursable funds from that agency of the United Nations (UN), according to a report by the Prensa Latina (PL) news agency.

This collaboration, through the Prodecor, Prodegan and Prodecafé programs, has an impact on 49 municipalities in the provinces of Camagüey, Granma, Las Tunas, Holguín, Santiago de Cuba and Guantánamo, and benefits 562 agricultural cooperatives and 42 families, explained the head of the agricultural development office of IFAD, Juan Diego Ruiz, in a press conference covered by the media.

Diego Ruiz stressed that Cuba is considered a priority within IFAD’s development programs in Latin America and the Caribbean, in this case, focused on the development of cooperatives for agricultural production and credit and services so that they achieve sustainable production and effective business management, the publication added.

According to PL, Diego Ruiz pointed out that among the objectives of these projects is the increase in the production and productivity of strategic crops such as corn and beans, two components of the Cuban population’s diet, as well as coffee and cocoa, and to support the growth of livestock to guarantee the production and sale of milk and meat.

The IFAD representative mentioned that with Prodecor (Cooperative Rural Development Project), completed in January of this year, the hectares of land under irrigation increased to 6,000, the cultivation areas increased by 42% and more than 300 jobs were created with the assembly of four grain drying and processing plants, the source added.

He also highlighted that the Prodecafé (Agroforestry Cooperative Development Project) is about strategic chains for the Cuban economy, so the collaboration will allow their modernization in order to adapt them to the market and thus increase the volumes of production and sales, especially for exports, according to the report.

Referring to the results of these ten years of work in Cuba, the director of the UN agency stated that despite the difficult conditions the country is going through, the results are positive and very encouraging because they are projects with a productive and social impact by improving the living conditions of rural communities and encouraging the participation of young people.

PL recalls that, together with IFAD, the Spanish Agency for International Development Cooperation, the French Development Agency, the Cuba-France Countervalue Fund, the European Union Investment Facility in Latin America, the World Food Program and the IFAD-China South-South Cooperation Mechanism are working in these initiatives.