The Cuban capital’s House of Higher Learning became the first university accredited by the International Evaluation and Accreditation Council of the Union of Universities of Latin America and the Caribbean (UDUAL). 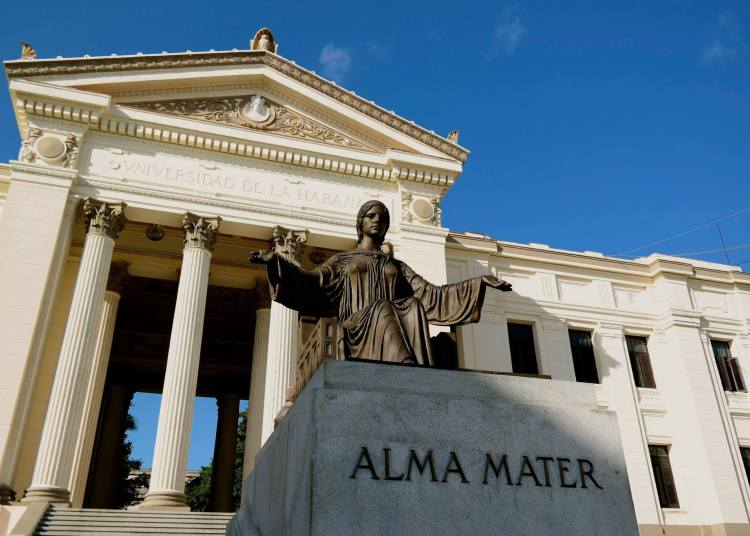 The University of Havana became the first university accredited by the International Evaluation and Accreditation Council of the Union of Universities of Latin America and the Caribbean (UDUAL), reported the Cuban media.

Dr. Miriam Nicado, rector of the University, received the certificate of accreditation from Dr. Henning Jensen Pennington, president of the UDUAL, during the two-day meeting of the regional entity that met until October 8 in the Cuban capital under the motto “The university as an agent of development in the context of the Sustainable Development Goals.”

In statements given to Cuban television after the ceremony, Nicado said that this recognition “is the result of much effort” and places the Havana institution “at the height of the highest level universities in Latin America.” Meanwhile, Jensen highlighted the value of accreditation as “one of the quality assurance factors” of a university institution.

For his part, Dr. Orlando Delgado Selley, president of the International Evaluation and Accreditation Council of the UDUAL, affirmed that the evaluation model applied to the University of Havana aims to “foster a culture of quality and excellence in the university community,” according to the Cubadebate website.

The evaluation was carried out a year ago, between November 27 and 29, 2018, and among the dimensions evaluated then were governance and university management and infrastructure, academic training, research, artistic creation and innovation, the linking and the internationalization of the university center.

During the UDUAL Caribbean Region meeting in Havana, master lectures were also given and a panel on university and governance for sustainable local development was held, with the participation of important academics from the Caribbean area.

Cuba, which occupies one of the vice presidencies of the UDUAL, has its main academic reference at the University of Havana. This center, with 290 years of history, has more than 14,000 undergraduate students, as well as a greater number in other courses, including masters and doctorates, while its faculty has 1,273 professors, 782 of them doctors and 21 foreign professors.

At the end of 2018, the University of Havana was recognized as one of the top 20 in Latin America by the QS University Rankings Latin America, which also ranks it among the top 500 worldwide.