I’m only interested in thinking Cuba as a livable country. 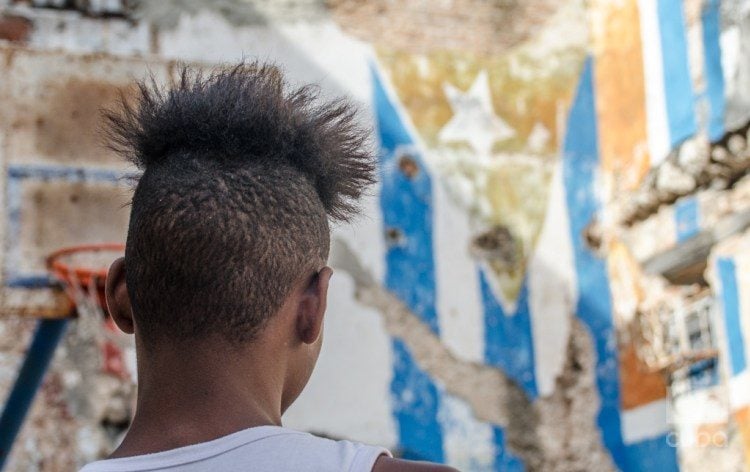 We have been summoned to think as a country, and then to think with the heart. To think like this, the first thing that has to be done is to think about what this means, if it makes sense or if it is a beautiful motto that leads us nowhere.

The country’s most important thing are its countrymen, the Cubans who live in or outside Cuba. To think as a country you have to think like Cubans, which forces us to feel as such beforehand. But you also have to think of the countrymen. Think of them, their problems, their dreams, their frustrations and hopes.

The simile, almost hyperbole, that compares us, simple citizens, with the whole country, must be broken down to understand its possibility and usefulness. And the questions must also be analyzed in depth: What does country mean, in this slogan? Will it be the history of Cuba? Will it be national identity? Will it be the geographical width of the nation? Will it be the collection of problems we have?

Think as a progressive country

I’m not interested in thinking as a lost country. I prefer to know what our culture is. What we Cubans are, what we have been, what our history has been, what contributions we have made, what mistakes we have made, what is admirable about our history as a nation, what is necessary to evaluate, overstride, consider deplorable, although it is also ours.

If we only think of Cuba as something that must be preserved, defended, maintained, guarded, walled, political creativity stops, renovation policies are frozen, changes are left for tomorrow, those who want movement are scolded, those who dream a lot are watched, suspicions fall on those who give their opinions, those who believe that the revolution is constant or is dying are called to attention.

I’m only interested in thinking Cuba as a livable country, which for me must be a progressive country, that is, that defends human rights, that believes in its young people, that every day invents a reason to live in Cuba, that makes it is worthwhile reaching eighty with health, that it saves equity, equality, social justice as the most precious jewel.

In order to be a progressive country, it is necessary to have public officials who are at the height of the highest Cuban culture. If our officials and politicians are not going to be at the level of Ernesto Lecuona, Omar Linares, Choco, Alicia Alonso, Nancy Morejón, Carlos Acosta, Alfredo Despaigne, José Dariel Abreu, Yaimé Pérez, María del Carmen Barcia, Bola de Nieve, Víctor Fowler, Eugenio George, Mireya Luis, Monsignor Carlos Manuel de Céspedes, Reverend Raimundo García Franco, Cuban students who win medals in the scientific Olympics, Cuba’s award-winning philatelists, those who have spent decades teaching in primary schools, with dignity and quality, those who maintain prosperous businesses in Cuba as state entrepreneurs or private entrepreneurs; if they are not going to live up to the thousands and thousands of housewives in Cuba who maintain decent homes and have educated generations of good countrymen for the nation, then we prefer that they retire.

Think as rule of law

I’m interested in Cuba being a rule of law. It is a relief that the Constitution says it. You have to work hard for that. We must legislate at the height of the history of Cuba, of the history of the revolution and at the height of the most advanced thing that the rest of the world has done and does regarding legality, institutional strengthening, access to justice, transparency in the act of public administration, human rights guarantees, constitutional control to defend what is enshrined in the Magna Carta.

A rule of law must think through the law, through the Constitution, as a method, as a right and as a duty. Nothing that the State does, as well as, above all, its officials, can be outside the scope of the law, as regulated by the country’s different provisions. In a rule of law, those who administer or govern cannot call mercenaries people who are not mercenaries without legal consequences. In a rule of law, an administrator of a specific government function cannot say that university professors must refrain from speaking to their students about human rights, because this orientation violates the Constitution and international human rights instruments ratified by Cuba.

Think as a democratic country

Cuba is a Republic. From Carlos Manuel de Céspedes to the Pioneers who today meet in Cuba’s schoolyard every morning, we are a Republic. Now the Republic looks like a statue dressed in gold that guards the imposing halls of the National Capitol, but the swarm of women who every day comes from the Cuevita, in San Miguel del Padrón, to the residential neighborhoods of Havana to sell brooms, clothe hangers, mops, clothe pins is also the Republic.

I’m not interested in thinking of a Cuba that is not a democratic Republic. Democracy is the perfect antidote for all imperialist poisons, for the hatred of the blockade, for the culture of terror, for the disease of distrust in politics, for the mirages that reveal a beautiful and fair capitalism, but without democracy everything our enemies say becomes true, because living without democracy is not something that is part of our pact as human beings.

To think as a democratic Republic is to think of a way of life where the public sphere becomes familiar, where participating in politics is as natural as waking up in the morning, where the people are sovereign and not a son deserving of curatorship, where the people’s assembly is as fun as the carnival, where election is a party, where politics is always a collective act, although the decision is sometimes made by an individual.

To think as a country that respects and encourages the democratic Republic, with laws, debates, deliberations, free press, freedom of speech, religious freedom, secular state, popular controls of politics and politicians, revocable mandates without traumas and people present and attentive, is a firm step to think as a socialist country.