An increase to 6,034 was reported in confirmed active cases. There were 1,031 discharges. 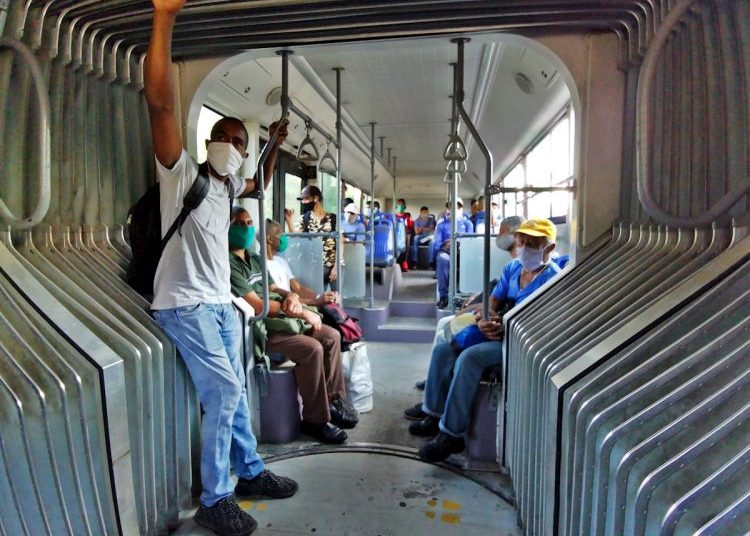 The infections caused by the SARS-CoV-2 virus decreased to 1,156 this Monday, according to the report issued today by the Ministry of Public Health (MINSAP).

Eight deaths and an increase to 6,034 of confirmed active cases were also reported. Discharges decreased to 1,031.

Of the total number of cases, 1,104 were due to autochthonous transmission, 1,049 were contacts of confirmed cases, and the number of imported cases rose to 54, with an incidence of Cuban travelers from Russia (44), Mexico (two), Spain (two), Venezuela (one), France (one) and Jamaica (one).

Seven foreigners also tested positive, although the contagion was produced by autochthonous transmission. On the day, there were a total of 22,511 processed samples.

The deceased were seven women and one man, aged between 47 and 84 years old and residing in municipalities of Havana, Ciego de Ávila, Sancti Spíritus and Santiago de Cuba.

With them, the death toll on the island due to COVID-19 already stands at 1,033. Due to these deaths, the lethality rate is 0.68% on the island.

Havana, with the highest incidence rate in the last fifteen days (327.6 per 100,000 inhabitants) and the highest number of active events (77), reported 449 infections yesterday.

Nine municipalities in the capital, along with two from Mayabeque and one from Pinar del Río, concentrate 31.6% of the transmission in the last two weeks, when the incidence rate on the island dropped to 147.3 per 100,000 inhabitants.

Quivicán continues to be the municipality with the highest transmission: 963.4 per 100,000 inhabitants.

Other territories that also reported a large number of cases on the day were Santiago de Cuba (136), Mayabeque (77) and Ciego de Ávila (71).