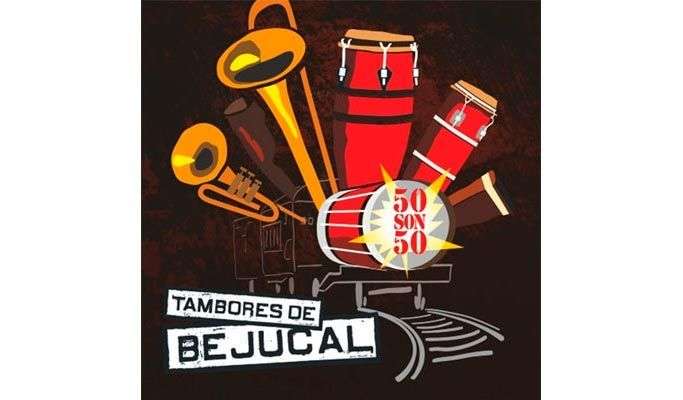 Emilio Vega looks at the drums and feels that Cuban identity goes with them. “These instruments come from Bejucal”, the musician andproducer of Egrem record label said.

There is a tradition emerging from the music we listen to and a particular sound that comes from the musical clef and the bell, aCuban melody which the members of the group have become in musical instrument.

Vega confesses being a city music man, although “I like this world of rumba and conga”. So he accepted without hesitation the phonographic project of Bejucal Drums and the album ¨50 son 50¨ is a tangible fact.

A wide repertoire, collected into half a century of artistic work, was made available toEmilio. There, of course, the seal of the band blossomed, which is unlike the congas from Santiago de Cuba and Havana. This musical style from Bejucal carries the coupling of trumpets, trombone,clef, bell and of course, drums.

“These are historical phonograms,”Emilio Vega told On Cuba, who has produced albums by Afrocuba, Muñequitos de Matanzas, Clave y Guaguancó and Yoruba Andabo. “Many people do not knowwhat Bejucal Drums are and it is extremely important people to know the riches of our music, our traditions. The historical legacy must remain for when the founders of these groups have passed away, “he noted.

Pa´ que tu me llamas, El Kuini Kuini, Coco pa´ Yemaya, Mozambique No 1 and Zapateo Ñáñigo offer us a trip to African roots that is also present in our sound. The album, with a total of 13 tracks-includes an exquisite version of Schubert’s Ave Maria, where intervenes Barbara Llanes, and the luxurious closing of the marvelous ¨Suite Final de Congas Tradicionales.¨

Emilio Vega thinks there is an international market that nicely assimilates these products. “It is something exotic with very strong roots.” That is why I guess the CD we recorded with Egrem between January and June last year will have an undoubted success.

According to Vega the reason is simple for everyone.” There are continuators of this melody and a consciousness to preserve all this … I am a fan of all music but when Bejucal drums sound, it is inevitable to dance.”