It will be necessary to wait and see what happens in the coming months, when what appears written on paper is confronted with real actions. 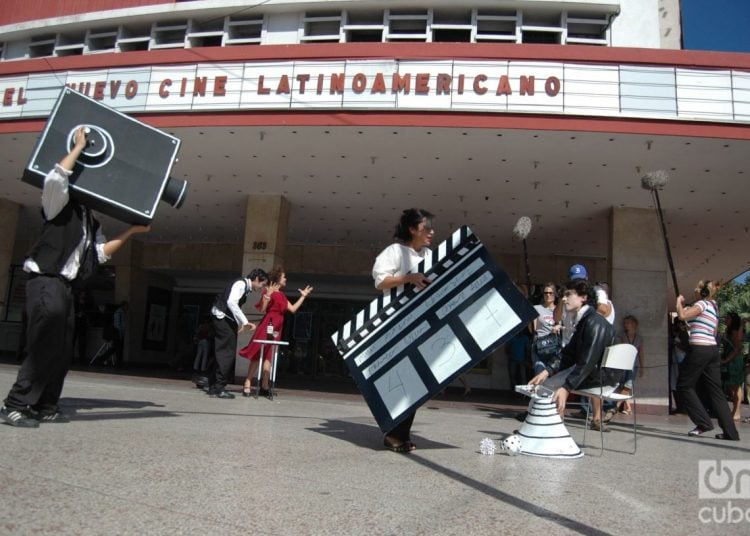 The Decree-Law on Independent Filmmakers and Audiovisual Creators has finally been published, after its signing three months ago by the authorities. Starting September, when it takes effect and many of its indications can materialize, filmmakers, technicians or audiovisual artists can register, obtain filming licenses, apply to funds, open bank accounts, receive aid or financing from abroad and, of course, pay taxes like all those who work in the country’s growing private sector. The package is tempting, and many, rightly so, are happy about it.

This has been a long road that began in 2008, when a group of filmmakers presented at the 7th Congress of the Union of Writers and Artists of Cuba (UNEAC) a document that called for the restructuring of the Cuban Institute of Cinema Art and Industry (ICAIC) and the legalization of the increasingly widespread independent production in Cuba.

Although it was approved by the plenary and the committees that backed it, the request was stalled, until in 2013 more than a hundred creators, annoyed by the state of affairs related to the sector, spontaneously met to ask for a law on cinema and a complete revision of the structures and regulations that regulated the island’s cinematographic system. The country’s leadership had also asked ICAIC to do it, but those changes were hardly consulted with the filmmakers. Thus, applying a parallel production, both settings operated for a time, independent of each other.

Up to 2017 more than 20 meetings were held, from which multiple proposals, comprised mostly in this recently signed decree, emanated. Although ICAIC always gave total support to the filmmakers, other institutions (such as UNEAC, the Cuban Institute of Radio and Television [ICRT] and the Journalists Union of Cuba [UPEC]) remained aloof, preferring to keep silent or even position themselves against the demands and concerns of their own members. The silences were quite striking in the official media, for which these issues apparently did not merit any attention.

This decree is a sample of how, based on the perseverance, honesty and commitment of a group of artists and audiovisual specialists, the course of things can be changed, making the authorities sit down to discuss proposals anchored in a reality, facing every type of prejudices to channel the criteria of a whole union, in pursuit of a transformation that will have great impact on national culture.

What does the new decree offer?

In the first place: the legal recognition of the figure of the independent audiovisual creator. It is true that they already existed and not because they were taken as “illegal” did they stop producing their works, but the current provisions grant them an important protection which represents them in face of the dynamics that move the film industries of the world. It makes their efforts in the national sphere transparent and legal, protects them (apparently) against the suspicions of agencies or institutions that previously refused to work with “illegals” and offers them the possibility of receiving certain funds, which were vetoed because they weren’t a legal entity or didn’t have bank accounts.

The dark side of the matter is that for the filmmakers to be recognized, they must first register in an office that will be created for that purpose. That is, only those registered will have access to the rights and opportunities offered by the new law. If, under the new circumstances, someone doesn’t wish to register, they couldn’t work as audiovisual creators in the country and therefore their work will be hampered and could even be sanctioned. When the law didn’t exist, the authorities looked the other way; but now, a status different from the established would have no legitimacy whatsoever.

The recognition of the Groups of Audiovisual Creation also represents a new step that responds to a demand from artists. These groups are made up of specialists from various branches (sound engineers, photographers, editors) who want to remain independent, offering their professional services. They have advanced equipment and autonomy. Each of their members must register in advance individually. That’s fine, with the detail that your final approval as a group must go through the minister of culture. Something tells me that, if the high official doesn’t like some of those groups, they have to wait…for a change of minister?

This question represents the key to the decree. There are too many commissions, intermediaries, offices and permits to travel through to be named Independent Creator. It seems a contradiction, because there is very little of independent when you have to go through so many dependencies, when the office of the minister of culture has the last say.

What movies will we see and where?

Another aspect that is barely mentioned in the decree is that of the films’ screening. There is no guarantee that works shot in Cuba, not even those that are part of the registry, pay their taxes, have their licenses and comply with the established, can be premiered and screened regularly throughout the national territory.

This issue has never been transparent. And the decree doesn’t offer new perspectives. Is it the ICAIC, the Ministry of Culture or the Ideological Department of the Party that decides what is screened or not in our theaters? The “political” question or the definition of what is and what is not a revolutionary cinema continues to weigh on the artistic creation in the country. Who determines or under what precepts is a film, a musical theme, a plastic work…identified as “revolutionary”?

The filmmakers will increasingly deal with complex issues, uncomfortable for the criteria of many decision-makers and authorities. Issues and stories that our media prefer to dispense with, unless they offer a politically correct and univocal reading, will be brought to the screen. We already know, because we have confirmed it every day, how the voices of others are often stigmatized, are accused of responding to “the enemy’s agendas” or of offering a “not very educational” vision of our reality. As if the function of art were didactic, or to represent a happy world.

I am thinking right now of the hundreds of shorts, films and documentaries that aren’t commercially premiered in our theaters. A depressed cinema industry like ours, which has lost its audience, which hardly has exhibition spaces, can’t afford to keep so many quality works, including those that have won prizes at national events, in the shadows, condemned by censorship.

Works such as Santa y Andrés by Carlos Lechuga (supported by filmmakers and banned by a minister), La obra del siglo by Carlos Quintela, El tren de la ruta Norte by Marcelo Martín, films by Miguel Coyula, Enrique Colina’s latest documentaries, all the short- and medium-length films of the Nicanor series directed by Eduardo del Llano, Jorge Molina’s films and many other works generated in the sphere of young creators, will they find space and protection under these new regulations?

It should also be clarified that what was signed is not a Law on Cinema, nor does it annul the law that created ICAIC in March 1959. These are provisions that aim to regulate various figures and practices that have existed in Cuba for decades.

We will have to wait and see what happens in the coming months, when what appears written on paper is confronted with real actions. What will happen to visual artists who move on virtual platforms or social networks? And journalists who work with images for alternative media or web pages and don’t belong to ICAIC or ICRT? If a farmer in Pinar del Río wants to finance a film about his work, say in tobacco production, can he do it? In Cuba there aren’t many experiences of philanthropic actions or donations from private environments, how would the law operate in the face of these new challenges?

The decree gives independent creators some strengths and responsibilities, but let’s not forget that control over our media, movie and video theaters, theaters, the press and television are still in the hands of Party officials and ideologists. A substantial part of any film work is its relationship with consumption, that is, with the public. Without it, the phenomenon is mutilated. Therefore, the only certainty is that, with or without a law, art and creation will continue to open paths, because they are part of human nature.