President López Obrador has among his government priorities guaranteeing all Mexicans’ access to health. 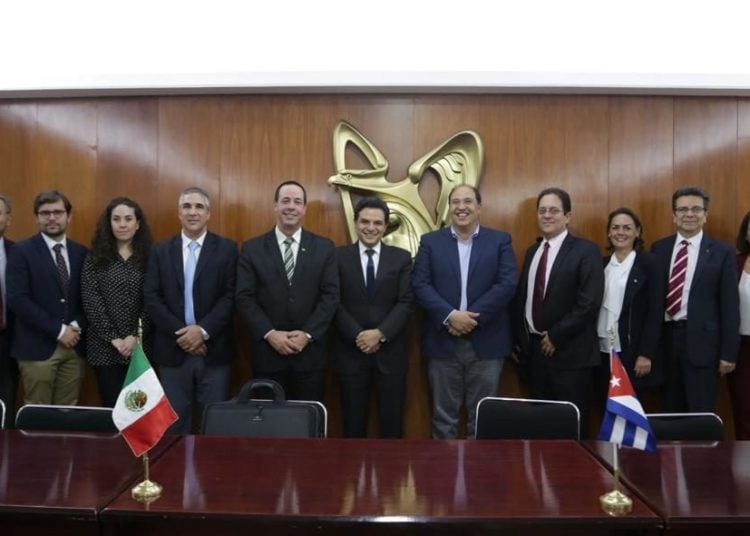 The general director of the Mexican Institute of Social Security (IMSS), Zoé Robledo, reaffirmed this Friday his commitment to collaborate on health issues with Cuba after a working meeting with Cuban Minister of Health José Ángel Portal Miranda.

During the meeting, the officials shared experiences and exchanged views on the main health issues shared by both countries, especially focused on primary health care, the IMSS said in a newsletter.

In that regard, Robledo said that progress should be made in updating the memorandum of understanding on technical cooperation between the IMSS and the Cuban Ministry of Public Health.

This, in order to give validity and continuity to the main issues of the common agenda as in the case of Mexico is the issue of the universalization of public health services.

“It is a shared effort that is being built as one of the priorities of the new government, of this administration, to achieve the universalization of services,” Robledo explained.

He recalled that in Mexico the model of health care for the population at large is provided through the IMSS-BIENESTAR program, which has more than four decades of experience and has the particularity of linking community participation.

In that sense, Portal Miranda highlighted the efforts that have been made on the island to strengthen the primary health care system.

He recalled that the system is based on prevention, promotion and the participation of the government and citizens in order to raise awareness and avoid “chronic diseases and their aftereffects.”

The Cuban minister highlighted that the dialogue with the Mexican Institute of Social Security opens “more the possibility of continuing the exchange of experiences” in something as sensitive as health-related issues, according to the newsletter.

Mexican President Andrés Manuel López Obrador, who assumed power on December 1, has among his government priorities guaranteeing all Mexicans’ access to health.

Cuba, with great medical prestige, saw the cancellation in November of last year of the agreement with Brazil of the Más Médicos program, in which 8,500 professionals from the island participated in the poor and remote regions of that South American country.