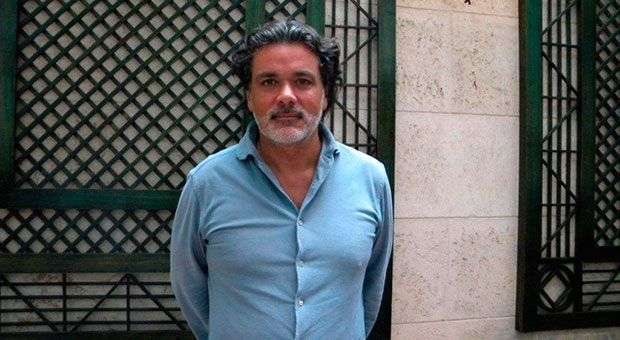 Renowned filmmaker Christophe Barratier, chief organizer of the French Film Festival in Cuba, is in Havana like every year chairing the delegation of French professionals that are accompanying the films that make up the selection that will be at the box office until Thursday 22.

Despite being immersed in the filming of his latest project, Barratier could not afford to miss this movie event of which he is founder.

Barratier has presented in Cuba his multi-award films The Chorus, Faubourg 36 and The War of the Buttons and aims to share with the Cuban public his latest production.

Connoisseur of our cinema, he prefers the works of Tomas Gutierrez Alea and Fernando Pérez especially Strawberry and Chocolate and Suite Habana. He admires the spirit and energy of Cuban filmmakers that are capable of producing great films despite the difficulties and limitations; this is one of his inspirations to organize the French Film Festival each year. Barratier is a film director who loves the same thing when standing behind the camera than as simple spectator.

His next film is a challenge, as he defines it and he is somewhat nervous and expectant with the impact it will have, addressing the much publicized history of a controversial character in the French financial world.

About his project and the festival he organized from Cinemania, structure to encourage the participation of French professional and filmmakers he spoke with OnCuba.

“Jerome Karvielle, the real character whose story inspired the film has been my friend for over thirty years. By knowing his financial accusations situation I came up with the idea that there lived a movie so even without knowing how his story will end I started working on the project. “He stated exclusively to our publication.

“I think the movie will be finished next year. The more advertising I do in this case with the film, as you can understand there is a possibility that the penalty be adjusted. The court in France ruled that this person can be tried again because he will be required to return 5 million Euros. The film will also deal with that so for now I want to be as unobtrusive as possible because the judge’s decision has not yet been taken and the character waits for 3-5 years in prison.

You’re right. Unlike my other work in this there are neither children nor musicians. And for the first time there will be mobile phones. It will be a different film to what I usually do, it got me very excited. I will work with new actors and the protagonist is Arthur Duppont .

There are just few days to go until the end of the Festival, How would you rate this year’s event?

We have lived the presentations of movies with great joy, with many smiles, applause and cheers as each year. This is a unique festival in the world. I still remember when I was summoned in 1997 to participate in the week of French cinema organized by the French Alliance with the documentary Microcosmos , of which I was a producer. I was completely surprised to see about 1500 people in the Chaplin room when I was expecting about 100. I discovered that Cuba is something different; it breaks all the schemes that I had drawn when you face her and when you know her. I promised to come every year with more films and other professionals.

I proved that I was not wasted effort, because the first edition got over 20 000 spectators. At first I predicted it a short life, but now I realize that it is becoming more solid and it finished catching me. Every time I interrupt my shooting and I break my plans to attend this cultural action that has become a true story of passion. When I’m in the halls and observe public awareness I become fascinated, it is a magical dialogue established between such different cultures. It is been already 17 years and this couple that we are French and Cubans begins to age , but despite the time there is no room for fatigue .

My country’s cinema is gaining popularity in Cuba besides being reunited with its audience. That feeling of living a unique experience each time feeds our mutual desire , despite the global economic environment that could discourage us, but the Cuban public company , we make a kind of cynical resistance to that finding of ” It´s all about Money” on one which many base solely their investment.