The 41st New Latin American Film Festival (FINCL) will open on December 5 with the presence of Argentine actor Ricardo Darín (La odisea de los giles) and the special performance of the National Ballet of Cuba during the inaugural gala. 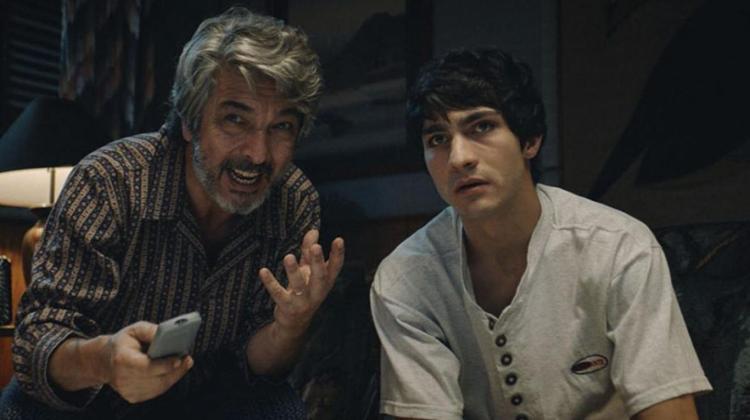 A total of 300 films to enjoy in 10 days (from December 5 to 15), that is the proposal presented this year by the organizing committee of the International New Latin American Film Festival (FINCL), which this time will be dedicated to the 60 years of the Cuban Institute of Cinematographic Art and Industry (ICAIC) and filmmaker Santiago Álvarez on the centenary of his birth.

The Festival will be officially inaugurated at the Karl Marx Theater on the 5th at 6:00 p.m., with a special gala where the National Ballet of Cuba will perform for the first time, in homage to its founder Alicia Alonso, who died last October 17 in Havana.

The Argentine film La odisea de los giles (Heroic Losers) will be the proposal for the night, with the presence of actor Ricardo Darín and his son Chino Darín, protagonists of the film directed by Sebastián Borensztein, who repeats at the inauguration of the FINCL as he did in 2011 with Un cuento chino, also starring Darín.

In addition to the Argentine film, shortlisted in the 2020 Oscar Awards, other titles that seek to be among the 10 nominees for Hollywood awards such as La vida invisible de Eurídice Gusmao (Brazil), Araña (Chile), Monos (Colombia) and Así habló el cambista (Uruguay) stand out, all in the competition for the Coral Award to the Best Feature Film in Havana.

In this section, competing for Cuba is Buscando a Casal, directed by Jose Luis Sánchez, who manages to penetrate the life of Cuban poet Julián del Casal, a notable figure in the movement of modernism in 19th-century literature.

The other feature film in competition is Agosto, in Opera Prima, an independent film directed by Armando Capó that addresses the so-called raft crisis in Cuba in 1994, but this time from the perspective of a teenager living in the town of Gibara, a film with autobiographical nuances of its director, which comes from a tour of important international festivals such as that of Toronto, San Sebastián and Chicago, among others.

One of the most anticipated feature films on this occasion is Red Avispa that will have its premiere in Cuba in the Galas section, where the presence of part of the production team and members of the cast is expected.

Although many details were not advanced in a press conference, it remains to be confirmed who will be in the initial presentation, where the presence of Brazilian actor Wagner Moura is almost certain, who also participates in the Galas section as director of the film Marighella, in addition to Mexican Gael García Bernal, who arrives as an actor in Red Avispa and Ema by Pablo Larraín, and as director of the Chicuarotes movie, all in the same section.

As in previous editions of the FINCL, the Gala section will also feature the winning film of the Cannes Palme d’Or, which this time was Parasite, by Korean Boon Joon-Ho, one of the most acclaimed feature films by the critics and the public this year. The documentary Diego Maradona, by renowned director Asif Kapadia, a specialist in biographical materials, completes the section.

Among the actions that will be dedicated to honoring Santiago Álvarez will be the presentation of the documentary Santiago de las Américas o el ojo del tercer mundo, by Brazilian Silvio Tendler, who will also give a panel on the work of the Cuban documentary filmmaker, whose works of the Latin American ICAIC Newsreel may also be seen in a retrospective show at the Saul Yelín Gallery, at the Festival House.

A total of 10 movie theaters will host the Festival program, most of them located on the circuit of 23rd Street in Vedado (Acapulco, 23 y 12, Charles Chaplin, Riviera, Yara, La Rampa), in addition to the 4 halls of the Multicine Infanta, spaces where thousands of movie buffs meet during this event, which has been reducing the number of audiovisuals for some years, taking into account several factors such as the quality of the materials, the existing technology in movie theaters, as well as the availability of screening foreign films.

-A total of 2,279 films were registered this year on the Festival’s website, of which just over 1,900 got to Havana, which were seen by the organizing committee to close at 300 the total of films that will be seen from December 5 to 15.

-The number of screenings on this occasion will be 660, which will make it possible to see, on average, a little over 3 times each of the Festival’s films, a detail that the public always appreciates, although some materials will have more time on the billboard than others, according to the availability of each tape to be projected.

-In competition for the Coral Awards there will be 21 feature films, 19 shorts and half feature films, 18 opera primas, 21 (long) documentaries and 10 documentaries in the category of medium and short films, 23 animated films, 8 materials in the postproduction section, as well as 25 unpublished scripts and 30 posters. All categories will have their specific jury.

-Of the 117 films in the official section in competition, 14 are from Cuba (12%), which is competing in all sections, except in the postproduction section.

-Cuba’s proposals represent just over 10% of the total sample, which includes around 30 audiovisuals, distributed among short, medium and feature films, documentaries and animated films.

-More than 200 films on display are from the Latin American region, where Brazil (53) and Argentina (45) are the countries with the most materials on display, from a total of 37 participating nations.