The recognition was extended to prima ballerina assoluta Alicia Alonso and the National Ballet of Cuba. 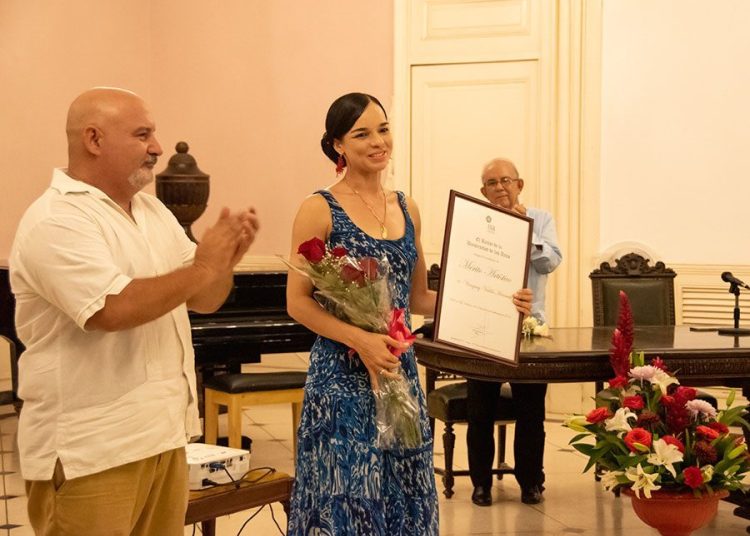 Viengsay Valdés, prima ballerina and artistic assistant director of the National Ballet of Cuba (BNC), this Tuesday received the Condition of Artistic Merit granted by the University of the Arts-ISA.

During the handing over of the recognition the center of higher studies honored the BNC, Cultural Heritage of the Nation, and its general director Alicia Alonso.

In the ceremony the video-art tribute to prima ballerina assoluta Alicia Alonso, ParAlicia, by Cuban director Alejandro Pérez, with choreography by Tania Vergara, music by Frank Fernández and interpreted by Viengsay Valdés, was presented.

Mijaín López: "My strategy is to train like hell"