Remembering an immortal being, who this year would have turned 90. 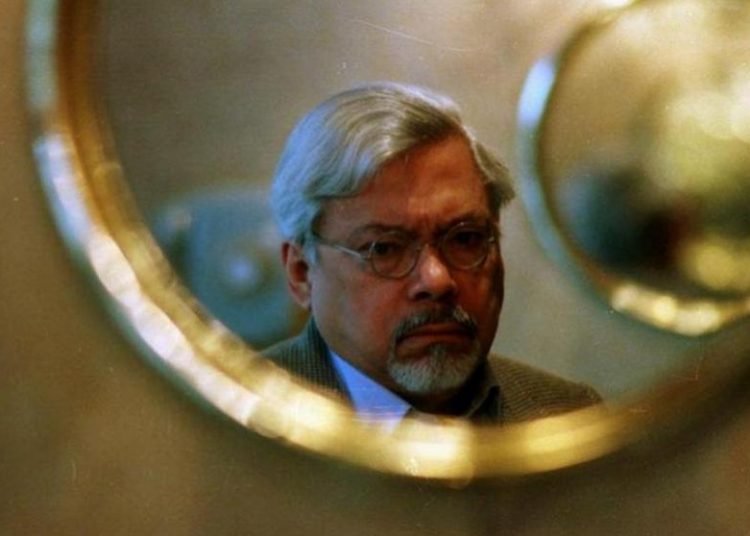 Born on April 22, 1929, in the city of Gibara, which previously belonged to the province of Oriente, today Holguín, Guillermo Cabrera Infante, one day after having turned 68, became the third Cuban to win the Miguel de Cervantes Award. The award had been given by the Ministry of Culture of Spain since 1976, something that continues to happen in honor of the birth of the writer it takes the name from, and who in the awards ceremony the Cuban did not hesitate to call “my contemporary.”

Although Cabrera Infante did not reside in Cuba at that time, since three decades before he had settled in London, where he had arrived from Spain after having left Havana in a hurry. Or, the truth be said: he never left Havana in a hurry because of the city itself; he was trying to leave behind the political system that has ruled since 1959; although, in that attempt to escape Fidel’s ideology and beards, he was also fleeing from himself, that is: from his revolutionary past. Rather, because of all that, somehow Guillermo had left his head in Havana.

Guillermo Cabrera Infante’s head unscrewed like a light bulb, he took out his legs and was going for walks, as if attracted by the magnet of time. He was walking along La Rampa, 23rd Street, he would go to Old Havana and perhaps crossed the tunnel to get to Guanabo. And, when the legs of his head with jet black hair were exhausted, he jumped into the ghost of the white Nash that had been his back in the 1950s and with which he had won so much fame among his friends. Then, those who had shouted: “A rolling head!,” changed the exclamation to: “A head at the wheel!”

This was what happened with the head while the body retraced British and European, and North American cities built in all styles and under a thousand human whims. And, even before, when the Caribbean body had been given the responsibility of serving as the cultural attaché of the Cuban embassy in Brussels, his head had already been seen left behind, slow and stunned by the circumstance: instead of forms and consular reports, he was thinking what would be a novel, or book as he preferred to call that which he would name a tongue twister. The writing reached demential levels there, and in its pages arose what came from his headless body: the verbal game. The head had already said it: literature is a vast territory to frolic.

But having your head in one place and your body in the other represents a big problem. And if to this anomaly is added the evidence warned by he who was his friend, poet Pablo Armando Fernández, saying that Guillermo had a “headless armed hand,” it would have to be said that Cabrera Infante, who was also known as G. Cain, was, in addition to head and body, a hand always armed with treacherous verbs like sharp daggers, like daggers that wanted to sink into Havana and fall like firecrackers that burst into the hands of some reader.

When the Cervantes was awarded to Cabrera Infante, none of the jurors realized that he was praising the work of a dismembered body. Everyone read the news with political glasses and saw the election as a righteous gesture of the Academy to the writer who forged his work out of his homeland, the first of all those who denied what they had helped to promote, the mutant entity of the new batch that had been censor and censored, revolutionary and dissident. They said that with the two previous Cuban laureates the had distinguished what was called “official” literature (Alejo Carpentier) and literature made in a kind of internal exile (Dulce María Loynaz). Finally, it was the turn of the hard exile. And the exile was that man named Guillermo.

But Guillermo Cabrera Infante was not totally exiled, we know that. He never was. His body, the small body with indigenous features and short legs and arms that decisively walked along Gloucester Road, roamed expatriated. Not the head, it lived at ease anywhere in Havana, mocking customs and political police, evading friends and enmities, clandestinely going by cinemas and bars, increasingly less like the cinemas and bars that in Havana survived beautiful, clean and new.

You do not have to be English to be immortal. He himself wrote it in a strange book that speaks only of cities. Therefore, it is time to remember an immortal being, whom we have recriminated at other times and who would have turned 90 this year. In the long run, there is no other way to understand it. Head, body and hand, each going a different way. That was him. Cabrera always childish. Terrible and thirsty