For the mentality of that group, with the sharia at the center of their way of thinking, Westerners are infidels and therefore enemies. 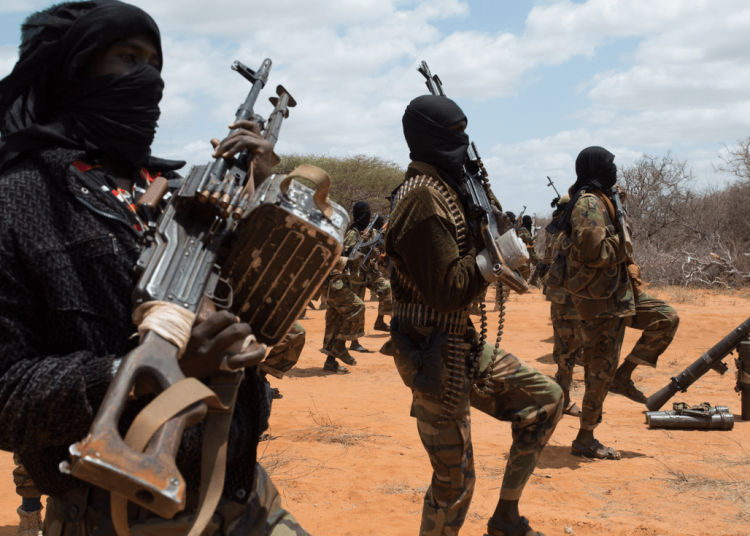 One of the bases of the Al-Shabaab terrorists in southern Somalia. Photo: allafrica.com

In Arabic, Al-Shabaab means “The Young People.” But we are not talking here of a youth organization in the North African world, but of a terrorist group linked to Al-Qaeda, which as is known was founded in 1985 by Osama bin Laden and several associates during that nefarious Soviet invasion of Afghanistan.

Its mission is the same as the reader can guess beforehand: “war to death against the enemies of Islam,” a task they undertook by affiliating themselves to one of the most puritanical aspects of fundamentalism: Wahhabism, which flourished in Saudi Arabia after the discovery of oil in the 1930s. This allowed the Saudis to undertake a substantial capital investment to expand it around the Arab world, taking advantage of the fact that the Mecca and the Medina, two of the holy places of Islam, are located in their territory.

The emergence of Al-Shabaab is a consequence of the power vacuum that followed in Somalia after the end of Siad Barre’s government (1969-1991), which caused a high social fragmentation and the resurgence of traditional and religious authorities that, among other things, focused on regulating in their own way the “traditional” social relations.

Also from the reaction caused by Ethiopia’s invasion of Somalia (2006), by supporting a government militarily defeated by the Union of the Islamic Courts (UCI) with President Sharif Sheikh Ahmed (2009-2012) at the helm. This presence of regional and even international actors in the conflict, which as is known is not unprecedented, generated hostile attitudes towards the western and bordering countries. And, of course, it served as an ideological substrate for Al-Shabaab’s troops.

Kenya knows them well. Between 2008 and 2015, it was attacked 272 times by the group. There is usually a consensus among scholars that they do so, in the first place, for opportunistic reasons, that is, to draw attention to their existence and viability, a way to attract recruits and spread fear.

Here there is a kind of macabre cause-effect relationship characteristic of terrorism: the larger and more brutal the attack, the group will perceive itself as being bigger and more powerful than it really is. It is not, strictly speaking, very numerous: in 2014 its troops were estimated at around 7,000-9,000 individuals.

A summary review of its retrospective actions shows that, in effect, they have attacked not only Nairobi, but also Mandera and Garissa, in the northeast of Kenya, as well as that African nation’s tourist facilities. This has been another of its preferred objectives, and has resulted in a decrease in the number of visitors, the closure of hotels and the subsequent loss of jobs in the so-called “smokeless industry,” overwhelmingly composed of Western citizens.

One of the most gruesome and bloody events carried out by this group took place in 2013: the Westgate massacre, in the main commercial center of Nairobi, the Kenyan capital. At noon on September 21, Al-Shabaab troops stormed the facility throwing grenades and shooting indiscriminately against the customers, including women, children and the elderly who had nothing to do with their ideological-existential problems, nor with politics.

The official death toll was 72: 61 civilians, 6 security forces and 5 terrorists. But even today these figures are not considered right. The local Red Cross, one of the most reliable institutions, counted many more victims. It is said that the workers of the mall were threatened to shut them up.

Nor is it known for sure how many assailants there were, if they all died in the operation, if they immolated themselves or if some escaped during the evacuation disguised as customers.

Either way, this fact perhaps summarizes like no other the nature of those “young people.” “With the Westgate massacre,” a scholar wrote, “Al-Shabaab wanted to once again demonstrate that death is the same for all those it considers its enemies.”

But, paradoxically, the attack backfired. In August 2014 the Somali government launched the Indian Ocean operation to do away with Al-Shabaab’s areas and bases in its territory. A month later, in September, a U.S. drone attack wiped out its leader, Ahmed Abdi Godane, also known as Mukhtar Abu Zubair.

Intelligence reports released to the media indicated that the air raid had not only been an important blow to Al-Shabaab’s brain, but had also had a psychological-moral effect on the organization, eventually going through internal conflicts and dissensions that have even resulted in the killing of commanders and other leaders, many trained in Al Qaeda camps in Afghanistan and with combat experience against the U.S. military.

Three years later, in July of 2017, Alo Jabal, another of its main leaders, was killed in a new U.S. bombing raid. Muhamad Hussein, as he was actually called, stopped killing innocent civilians in the town of Tortoroow, also in southern Somalia.

“The United States carried out this operation in coordination with its regional partners as a direct response to Al-Shabaab’s actions, including the recent attacks against Somali forces,” a statement said.

The group has been affected, although not done away with. It continues to operate from its operational bases in southern Somalia. Potential targets are desirable for them ―for example, Addis Ababa or Kampala― but they are very distant and logistically difficult to reach after these pitfalls.

Its best alternative then is to continue entering towns bordering with Kenya, like Mandera, where they kidnapped Cuban doctors Landy Rodríguez Hernández and Assel Herrera Correa, killing a policeman who was guarding them, but leaving the driver and a second agent alive.

Although there is no information about it, it is unlikely that it was an act specifically directed against Cubans. For the mentality of that group, with the sharia at the center of their way of thinking, Westerners are infidels and therefore enemies, more so if they collaborate with a government they are at war with. Last November they did the same with Silvia Romano, a young Italian from an educational NGO. Five months later, her whereabouts are unknown.

The Kenyan government has guaranteed that the security agencies have been given the priority mission of seeking and rescuing the two Cuban doctors to ensure their return. A positive fact, although it should be borne in mind that those same services are not exempt from inefficiency and corruption. There have been accusations and evidence of links with these groups in the Kenyan police and army.

Local elders have entered the scene as mediators, those who in African cultures have the value of wisdom, experience, prudence and pragmatism, factors that can surmount seemingly insurmountable barriers.

“The elders of our clan will get involved with the counterparts in Somalia to ensure the safety and safe return of the doctors,” an official told the Sunday Nation newspaper.