“I can conduct Stravinsky or play Copland, but I dance salsa. For Cubans, dancing is fundamental, it is part of the daily diet,” she tells journalist Jorge Mederos, remembering the nights of her adolescence at La Tropical, with live bands. 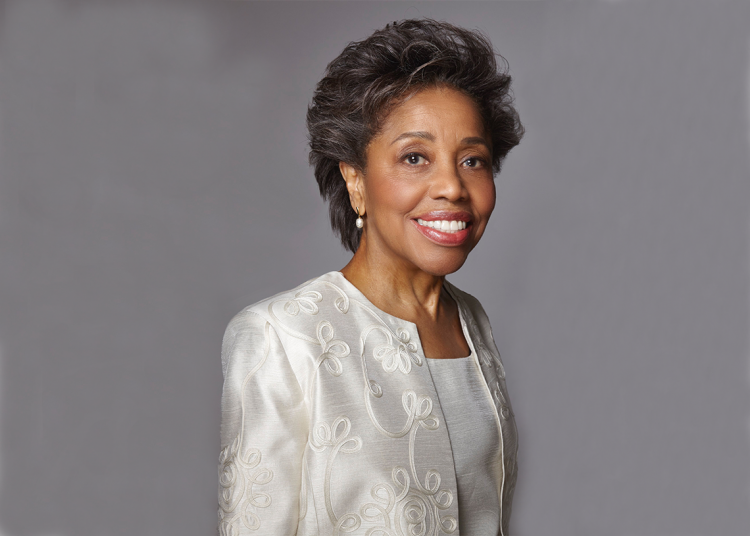 U.S.-based Cuban composer and pianist Tania León, who will be honored this year by the Kennedy Center in Washington, along with George Clooney, U2, among other artists, tells EFE that she does not forget to enjoy and dance with salsa despite her long career in classical music.

“I can direct (Igor) Stravinsky or play (Aaron) Copland, but I dance salsa. For Cubans, dancing is fundamental, it is part of the daily diet,” she underlines, recalling the nights of her adolescence in Havana’s La Tropical, with live bands.

Congrats to our very own Tania León who today was announced as a Kennedy Center Honoree! A celebrated composer, conductor, educator and Pulitzer Prize winner, Ms. León became a founding member of Dance Theatre of Harlem in 1969 serving as the organization's first Music Director. pic.twitter.com/RoEMWqZCQ9

The 79-year-old pianist pointed out that she has had a life “full of surprises” since she left Havana more than 50 years ago, and although the dream of studying at the Paris Conservatory was not fulfilled, New York City welcomed her and became a world reference in music.

León has directed musicals on Broadway, as well as heading orchestras inside and outside the United States. In her catalog there are 40 chamber works, 10 orchestral pieces, 6 ballets, an opera and numerous vocal compositions and piano pieces.

“I only wanted to be a pianist in Paris and study with Nadia Boulanger,” she points out, “but life is full of ups and downs and surprises, and I ended up settling down and making my life in New York.”

On December 4th, Tania León will be honored together with actor George Clooney, the Irish band U2, led by Bono, Christian pop singer Amy Grant and legendary singer Gladys Knight, with the tribute to a lifetime of the prestigious Washington center for the performing arts.

“An unexpected surprise,” León she said about this distinction from the Kennedy Center, which is usually attended by the president of the United States.

She says she didn’t expect the Pulitzer Prize for music last year either, which she won for Stride, a piece commissioned by the New York Philharmonic for an initiative that celebrated the 19th Amendment, which gave women the right to vote.

“These things exist, but one does not look for them,” says León about the awards.

“To think that I emigrated with two diplomas: one in music and the other in public accounting, because my family considered it was necessary to have a plan B in life and the piano did not offer them much financial security.”

Her departure from Cuba in 1967 was on one of the so-called “freedom flights” organized by the Catholic Church. Her initial destination was Miami, but her jump to Paris was delayed because immigration regulations forced her to wait five years to obtain a passport.

“From the age of 9 I told my family that I would live in Paris. There was a force that called me,” she said, but her lack of resources forced her to look for another path and “the sofa” offered by a couple who were friends in New York led her to try her luck in the Big Apple.

León was unable to take classes in Paris with Boulanger (1887-1979), who was a French composer, pianist, organist, conductor, intellectual and teacher who trained and taught many of the great composers of the 20th century.

But, instead, just turned 24 years old, without speaking English and with a solid knowledge of music theory, which is the universal language of musicians, he met by accident in New York famous black dancer and choreographer Arthur Mitchel, “who changed the weathervane of my personal boat.”

Mitchel saw her working on the piano at a dance academy in the black neighborhood of Harlem, invited her to a performance at Lincoln Center to see ballet for the first time, and told her about his project to create the Harlem Dance Theater.

“He asked me to write something for him so that he could turn it into a choreography, and I took the plunge. Not only did I start composing, but I was also a founding member in 1969 and the first music director of the group.”

Currently with two marriages that ended in divorce and no children, León continues “one hundred percent active and healthy,” as she said, “age is in the spirit.”

She has only retired as a university professor in New York, although she does residencies that include classes and a concert with her music. She is currently a visiting professor in Philadelphia, she will soon do the same with Yale University.

One pending issue is composing for the cinema, a surprise that she will have to wait for because she is currently working on three orchestral pieces and a piece commissioned by a flutist that will keep her busy until the beginning of 2025.

“I write without a piano, as if it were a letter. It is a very particular process, very individual,” she said.

Despite her academic and classical training, León recognizes that she does not discriminate against any type of music and that salsa especially continues to be her favorite.