The Border Patrol reported this Sunday that a group of 17 people had arrived through Big Pine Key, while four were found on Colony Beach Key. 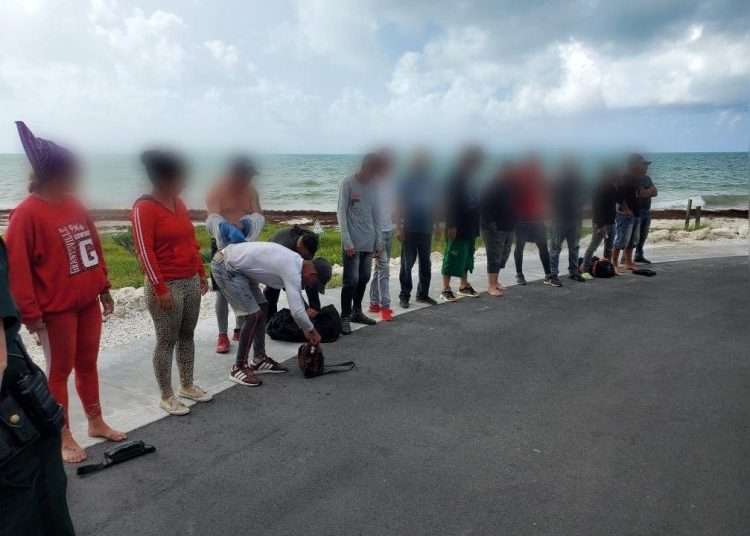 Two groups totaling 21 irregular Cuban migrants were detained this Sunday morning after landing at different points in the Florida Keys.

According to local media reports, the Border Patrol reported that 17 of them had arrived through Big Pine Key, while another four were found on Colony Beach Key.

Earlier today, #BorderPatrol agents & @mcsonews responded to a migrant landing in Key Colony Beach, Florida. 4 migrants from #Cuba were taken into custody & will be processed for removal proceedings. There have been two migrant landings in the #FloridaKeys today. pic.twitter.com/q467x3Hkdc

The authorities described one of the boats in which they had arrived as “rustic.” No injuries or medical problems were reported among the migrants and, according to Patrol Chief Walter N. Slosar, on his Twitter account, they would be processed for deportation.

Attempts by Cuban citizens to reach the United States both by land and by sea have increased significantly in recent months due to the deep economic crisis the island is experiencing.

Meanwhile, the Cuban government points to the Cuban Adjustment Act as a reason for citizens from the island trying to reach the United States irregularly by land or sea. This legislation allows access to permanent residence in the northern nation to Cubans who remain at least one year in its territory.

Since October 1, 2021, when the current fiscal year began, more than 3,400 Cuban migrants who traveled by sea have been detained by U.S. authorities, according to an EFE report.

Among the migrants who made their journey by land, the number is much higher. The figure pointed out by this source is 140,000 from October to April, according to official data.