After ten years of constant defeats and disappointments, Cuban men’s volleyball has found the light at the end of the tunnel with qualification for the 2023 League of Nations 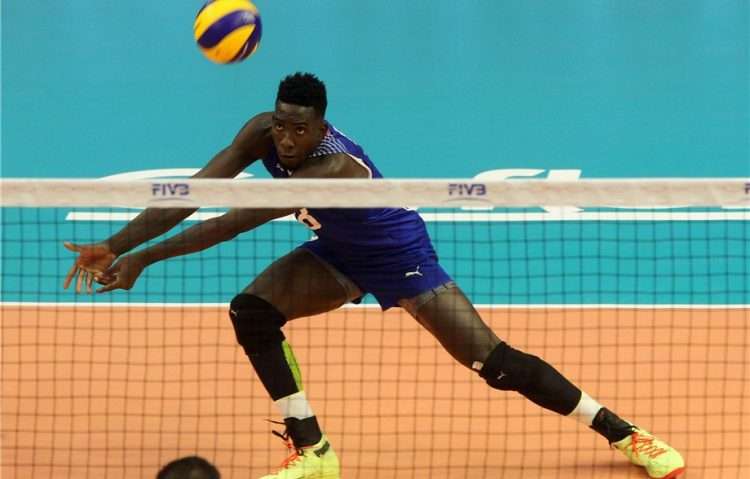 Miguel Ángel López is one of the main stars of the Cuban team today. Photo: Volleyball World.

During the last decade, Cuban men’s volleyball has experienced infamous chapters. Defeats against rivals of lesser caliber and tradition, constant flight of talents that today shine as members of other national teams, lousy federation management to relate to its diaspora, extra-sports scandal… In order not to get lost, we could summarize everything in a guide with more details.

* In June 2012, less than two years from the runner-up at the World Championships in Italy, Cuba failed to complete its goal of registering for the London Olympics. A defeat against Germany in the qualifying tournament buried the chances of the squad that, incredibly, a month after the disaster won the bronze medal in the World League.

* An episode that showed the beginning of absolute decline was the 2013 World League. After taking third place in 2012, the national team could only win one match in the following edition. That result caused relegation to a third level of the tournament for 2014.

* Cuba arrived at the 2014 World Championship in Poland with the runner-up sign, although it no longer had in its ranks almost any of the stars of the successful crusade in the 2010 tournament. Robertlandy Simón, Wilfredo León and Yoandy Leal, Raydel Hierrezuelo, Yoandri Díaz and Fernando Hernández, the main protagonists of that victory, were no longer in the team. With this scenario, the team led by Rodolfo Sánchez only managed three wins in 12 games and shared 11th place with Argentina.

* Cuba’s luck did not change in the 2015 and 2016 World Leagues, in which it only won six games out of 21 and finished in 18th and 22nd places, respectively. However, in January 2016 the team got the ticket to the Rio de Janeiro Olympic Games after beating Canada in the NORCECA qualifier held in Edmonton.

* Qualifying for the Rio 2016 Games was supposed to represent a starting point for the resurgence of Cuban men’s volleyball and a new generation that, without reaching the levels of excellence of Simón, Leal or León, presented credentials and showed signs of growth. However, a month before the summer event, several players from the national team were arrested in Finland on suspicion of sexual assault, which caused a huge scandal, lawsuits, trials, sentences…. The truth is that the event forced Cuba to send an emerging, inexperienced and disjointed team to Rio 2016. Result? Five losses in five games and last place.

* After 2012, Cuba could not reap too many successes in the regional and continental context. In the Central American and Caribbean Games, for example, a bronze medal was achieved in Veracruz 2014 and in Barranquilla 2018 they were left off the podium. In these contests, it lost to rivals with much less tradition such as Puerto Rico, the Dominican Republic, Colombia, and Mexico. At the Pan American Games the story was no different: no medals in Toronto 2015 and silver in Lima 2019 after losing to Argentina in the final.

* In January 2020, the national team dramatically lost its opportunity to participate in the Olympics again. Qualification for Tokyo 2020 vanished after falling to Canada in the Vancouver Olympic Qualifiers, where they won two sets to nil in the decisive match. However, they squandered that advantage and were left out of the summer competition.

This timeline illustrates the anguish and heartbreak of Cuban men’s volleyball during the last decade, in which there have been two constants: disappointment and frustration. The first of these feelings is given, as is logical, by the continuous failures from the competitive point of view, and the second by the fact that we knew that we had the possibility of having top-level stars and we could not achieve it.

In this period, the Cuban volleyball authorities failed to establish a fluid and constructive dialogue with the most talented generation of players in the country, all emigrants. Despite the need to revive the sport of high netting on the island, the appropriate approaches were never made and several of those players ended up nationalized in Italy, Poland or Brazil.

There was a lot of fear that something similar would happen after the Vancouver Qualifier in 2020, but a change in contract management allowed us to keep the current generation together, which has been making quality leaps in the professional arena. Many of the main figures of the national team today began their adventures in circuits rented by Argentina, to later make the leap to Europe or Brazil.

This progressive evolution has been key in this period, because most of the players have reached clubs where they have been able to play instead of spending time on the bench, that is, their jumps to higher levels have taken place when they have been really ready. This is how great talents such as Miguel Ángel López (Sada Cruzeiro-Brazil) and Marlon Yant (Lube Civitanova-Italy), two fundamental pieces in the new batch of Cuban players, have found stability.

For their part, Jesús Herrera, Julio César Cárdenas and Osniel Mergarejo have made the transition to the highest level after fulfilling their commitments in Argentina and France, which have opened the doors of Italian volleyball for them. In addition, Roamy Alonso has landed in the transalpine circuit after previous experiences in France, while Javier Concepción has moved between Argentina, Poland and France.

WELCOME TO THE #VNL CUBA!

🥳 Congratulations to Cuba on winning the 2022 #ChallengerCup! This victory books them a spot in the 2023 VNL!#Volleyball fans can't wait to see the mighty Cubans to #BePartOfTheGame next year!

More Cuban players have also been inserted into professional leagues through the Cuban Volleyball Federation, which must continue working to promote rising figures such as passers Adrián Goide and Liván Tabaoada, or sweeper Yonder García.

Another important detail in this change in Cuban men’s volleyball has been the reintegration into the ranks of the national team of a star like Robertlandy Simón, who has been joined by Michael Sánchez, a player who also has a lot of experience in different tournaments at the club level. In this sense, it was possible to knock down a wall after years of misunderstandings.

The highlight of this entire process has been the indisputable victory in the Challenger qualifier for the League of Nations. In Seoul, venue of the tournament, the squad led by Nicolás Vives showed its best face in years. The stability and intensity in the game, and the ability to respond when they were below the scoreboard were fundamental weapons for a team that, just before the competition, lost Simón and captain Liván Osoria, infected with coronavirus.

But these players’ thirst for victory and the desire to return to the elite weighed heavily on the collective performance, which opens the doors to the 2023 League of Nations. Entering that tournament was a vital step in the definitive resurgence of the discipline, which would hardly have managed to sustain the current generation without the guarantees of participating in an event of the highest caliber.

The Best of Cuba 🇨🇺!

Third time's a charm for Cuba who will finally compete in next year's #VNL.

Now Cuba is headed for a new horizon with a major challenge: to prove that it has the necessary quality to remain in the elite. That objective will only be possible with the seriousness, dedication and improvement of players and coaching staff, but also with the acute management of the federations.

In 2023, the national team has the aforementioned League of Nations, the Pan American Games and the Central American Games ahead of them, between which there will be very little time. Facing these challenges with a base of 12 or 14 players is suicide if the goal is to obtain quality results. It is therefore necessary that the authorities advance in the process of talks with volleyball players inserted on their own in professional circuits who have expressed interest in wearing the four-letter shirt again. Depth is a fundamental aspect for the future.…

On the other hand, we must find a way to invest the profits from professional contracts in the development of the sport at the base. Cuba cannot continue to have testimonial national championships in all categories, because that way it will be increasingly difficult to discover talents. For now, steps have been taken to overcome a long period of failure, but we cannot think that everything is done or be complacent. This is just the beginning…