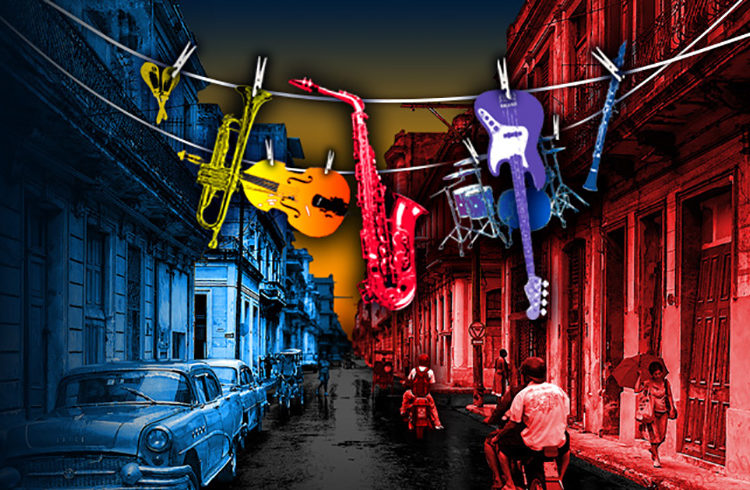 Christian McBride, Terence Blanchard, Rachel Flowers, Arturo O’Farrill and the New York group Snarky Puppy are featured in the extensive billboard of Jazz Plaza 2016, to be held December 15-18 in Havana.

The Festival organizers announced that the Festival will kick off with Chucho Valdés and will bring together on the stage another two colossuses of the genre, bass player Christian McBride and trumpet player Terence Blanchard. With these two U.S. instrumentalists and singer Omara Portuondo, the night of Valdés’ return to this event promises to be one of the most attractive.

Meanwhile, Terence, considered one of the principal figures of the so-called neo bop, will perform precisely after Chucho, together with The E. Collective. Throughout his successful career he has played with Larry Willis, Donald Harrison and Mulgrew Miller; he has intervened in numerous film sound tracks, fundamentally in Spike Lee films; and his records have won four Grammy awards.

His compatriot Christian McBride will be heard in the Mella Theater on December 16 together with his trio. McBride forms part of a generation of musicians in which Brad Mehldau, Avishai Cohen, Brian Blade and Joshua Redman also stand out. He has three Grammy awards and in Havana he will perform the repertoire of Out Here, his most recent album recorded in 2013.

Jazz Plaza will also welcome the performance of the New York group Snarky Puppy. The musicians will close the Festival with a concert on December 18 in the Mella Theater, where they will have Cuban Eliades Ochoa as their special guest.

Snarky Puppy manages the concept of fusion jazz open to all and to everyone. Their collaborations with Justin Timberlake, The Polyphonic Spree, Erykah Badu, Salif Keita, Morcheeba and Yo-yo Ma, among many others, stand out.

Founded in Brooklyn, the band that bass player Michael League heads today is very popular and in 2014 won a Grammy award in the category of Best R&B Performance.

Accompanied by a notable CV, the young Rachel Flowers will perform on December 15 with Cuban Yanet Valdés in the Abelardo Estorino Theater Hall of the Ministry of Culture. Flowers, a blind instrumentalist and composer, in late November released her album Listen. “Is it jazz, is it classic, is it rock? Yes!” it is announced on her web page. Continuing the tradition of her idols Keith Emerson and Frank Zappa, Rachel’s style challenges the borders between these genres.

Already known on Cuban stages, pianist and composer Arturo O’Farrill will perform on December 18 in the Tito Junco Hall of the Bertolt Brecht Theater. O’Farrill is the son of the great Cuban composer Chico Farrill and heads the Afro-Latin Jazz Orchestra.

Jazz Plaza 2016 also brings good news: carrying out the festival in Santiago de Cuba. Spaces like the Dolores Hall, the Iris Jazz Club and the venue of the Union of Writers and Artists of Cuba (UNEAC) will also welcome the festival sessions.

In Havana the venues will be: Casa de la Cultura de Plaza, the Gardens of the Mella Theater, the Cuba Pavilion and Cuban Art Factory.

Three moments to not be missed: the Concert for the 40 years of Síntesis on December 14 in Old Havana’s Cathedral Square; the performance of singer-songwriter Pablo Milanés and pianist Miguel Núñez on December 17 in the Mella Theater; and the performance in that same theater, but on the following day, of Roberto Fonseca and Ivorian singer Fatoumata Diawara.