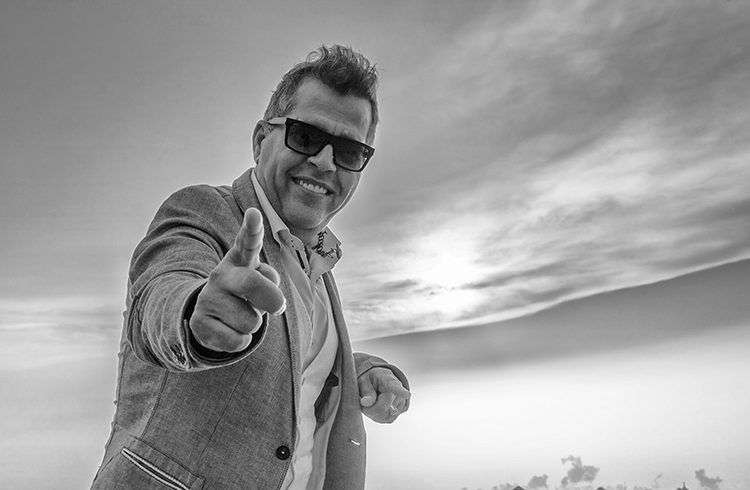 Social networks are incredibly useful. One of its most popular spaces are chats which allow intimate communication among friends and are an incredible tool for journalists to get closer to our interviewees.

That’s what happened with singer Will Campa, the leader of the band La Gran Union, which is frequently played on the radio with one of their latest hits: Qué me quiten lo bailao!

Will, from the Canadian province of Alberta, explained Oncuba that the band has started its usual summer tour by that northern nation, last July 2. He added the tour will be over by September 24.

He told us that they are taking part “in Canadian jazz and Latin musical festivals. We have recorded most of those concerts to send them to the Cuban television channels”.
“Right now we are at the Latin Expo Festival in Calgary, Alberta. Haila María Mompié is one of the special guests. We will also share the stage with José Alberto El Canario, and the Manía and Sonora Dinamita bands”.

Is La Gran Unión thinking on a new album? I asked him so that he would share some details about the tracks, their authors, the recording house of the next volumewith us.

“I’m finishing my new CD. It was produced with Bis Music and Revolution Promocional. It includes ten new singles, most of them were written by me as for example the first track: La mejor vista, which is also the name of the album. I also wrote La llave de los truenos, Tan dura and Tú, la del problema. It also includes Rumba buena, which was a hit last year. Qué me quiten lo bailao!, by Osmany Espinosa, is playing in all hit parades in the Cuban radio and television. I added Quiero ir a New York, by Carlos Cartilla; and La bambina, by Alberto Reyna, where we feature Orlan Max”.

“We have already recorded three video clips. The album has a lot of timba, son, electronic merengue and bachata. It was recorded at Scorpion studios in Havana and Carlos Cartilla was in charge of its production”.

Have you planned a few performances in Cuba as part of the tour?

On our return, we will have our usual space every Friday at the Salon Rojo of Capri. We will stop by Santiago de Cuba and other provinces, thanks to the cooperation of the Cuban Music Institute.

Do you consider popular dancing music is going through a crisis?

That’s a good question. Our music, I repeat, is so rich but so rich at present… we cannot say it is in good health mostly in terms of the preference of the youngest. There is a large audience for our music, but son and timba musicians need to come together considering reggaeton is taking over the main musical squares in our country, though we will always have Benny Moré, Miguelito Cuní, Chapotín, Arsenio Rodríguez from that glorious epoch. We also have Van Van, Adalberto Álvarez, La Revé and many other great bands. Together we will regain the position our music has always enjoyed.

Formell said the Cuban son will have a long life as long as its origins are preserved. What’s the formula of La Gran Union?

Juan Formell’s words are wise. Our sonority is very rich, it has really good representatives today, there are new bands and as long as we stand by it there will be Cuban music for good.

Musical trends are exactly that, trends. They change with fashion. Here they are mixed with timba and son. For me these genres are just one. Timba demands more effects and new melodies, but it isours.

Will Campa and La Gran Union’s secret is based on maintaining updated their repertoire and getting the audience to dance with the different styles of our music. Furthermore, it is supplemented by our discipline and professionalism in every performance”.

Timba is celebrating its 25th anniversary. Do you think this movement that emerged from the neighborhoods should return there?

Timba will certainly get in fashion. We do it and we do it right. People dance a lot in my performances; even in these North American countries they dance salsa.

What can you tell us about future plans by Will Campaand La Gran Unión?

I’m planning to finish the CD I told you about and I want to keep reaching the hearts of Cubans and dancers in the world. Now, we are working hard in the promotion of songs in the Cuban radio and the television and abroad. A big hug for you and the readers of this magazine.