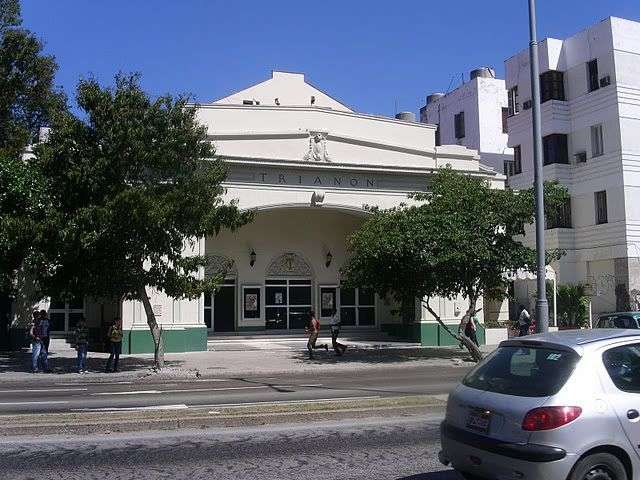 Last weekend El Publico theatre group shook Havana with one of its productions. Golden needle heels, bright green wigs, and tights could be seen again on the stage of the famous Trianon Theatre.

A few days before the premiere a colorful poster had caught my attention while walking down Linea Avenue. I had already lost the habit of looking at the front of what used to be one of the flagship theaters in Havana. I had lost it in the first place; because I had been waiting for months a return that was getting longer, especially for an addict like me, I need the reclining chairs, the smell of wet curtain and creaky stage of the theater to feel myself alive in this city.

The absence of El Público was for me the absence of the dramatic feeling to I was accustomed since I was 19 and being still a schoolgirl I began to frequent the Blue Room of Linea and A Street. I learned to love the theater since when I was only 8 my father dragged my siblings and me each Sunday to the puppet theater. Since then, I not only enjoyed that leisure time, the transcendental fact of wearing the lace gown and black patent leather shoes to leave the house; but also the sensation of attending a magic moment every time one of those puppeteers moved his hands giving life to a puppet amidst all the smell of suede and lowlights.

In recent months, some works have been presented under the direction of Carlos Diaz, none of them was accurate enough to give me the coup de grace as “Ay, mi amor”, “Las amargas lágrimas de Petra Von Kant” or the visceral play “Santa Cecilia” had did it before. I do not like talking about good or bad plays; even if I wanted I could not do it, I much respect specialized criteria for issuing such judgment. Personally I speak of the passion of the body onrushing in the intimacy of the theater, the text committed beyond the slogan, the tingling I felt in that room at 8 years old in that puppet room; the same I feel when sometimes certain actor shakes my heart with a line. 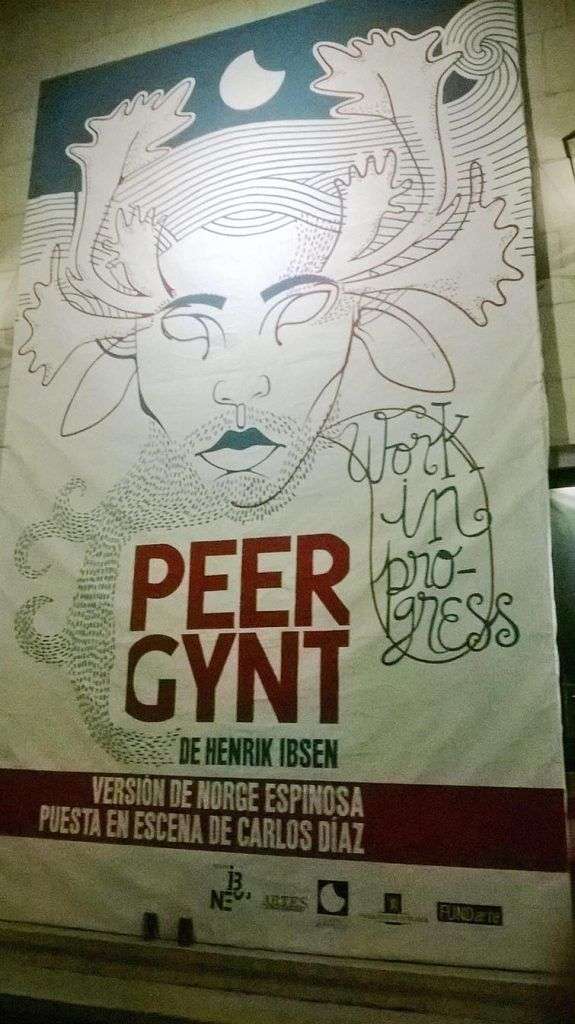 Since its founding in the languid 1990s, Carlos Diaz’s theater has been a scathing proposal. El Publico came to the Cuban stage to show us that the pain must be cried, it does not admit whispers; and thus it began a whole carnival tradition that had nude almost as a flag.

-Let us go to Trianon Theatre to see a play. It is sure I will include some nude.

The fact is that in the imaginary of city dweller, El Publico became just that: the theater company that provided us nudes at the modest price of 10 Cuban pesos. Suddenly, and almost unwittingly, it was becoming a caricature of the group that set out to be everything but complacent.

I must admit that until last Sunday when I went back to my reclining chair of Trianon I could not see in the works of the company something resembling to the heartbreaking longing of ¨Santa Cecilia¨ in Doimeadiós´ histrionic genius, or Adolfo´s performance in that inventory of sadness that “Oh, mi amor” was.

El Público reborn this time with “Peer Gynt”, original by Norwegian author Henrik Ibsen and adapted by Cuban playwright Norge Espinosa. Against all odds, the throaty voice of Ysmercy Solomon and outrageous costumes were not, however, the great sensation of the evening. What really surprised the viewing public, in addition to the absence of nudes, is the fact of watching a different dramatic exercise; an emotional exorcism to which the director Carlos Diaz submits to their actors; daring them to tell their deepest intimacies in front of complete strangers. Peer, the young dreamer, is just an excuse to tell us today’s Cuba in the voice of its people, actors that open their chest on stage and who are also people who dream, cry and must learn to breathe without a brother, a son or a mother; surviving like any Cuban who chooses to stay on this side of the sea.

In “Peer Gynt” the Nordic fantasy disguises Ibsen’s universe of inner quest, of learning to which we are daily exposed and is established as an unfinished process. Ibsen has come to throw us the cry from the scenic voice of Carlos Diaz, from the courage for each of the actors, from that body outburst that this room so missed. And no, no nudity was included at the modest price of 10 Cuban pesos. El Público is more than that. Trianon´s doors will be open from Friday to Sunday for skeptics who want to check it. And, starting today, I’ll look back for new emotions on the blue facade of Trianon.