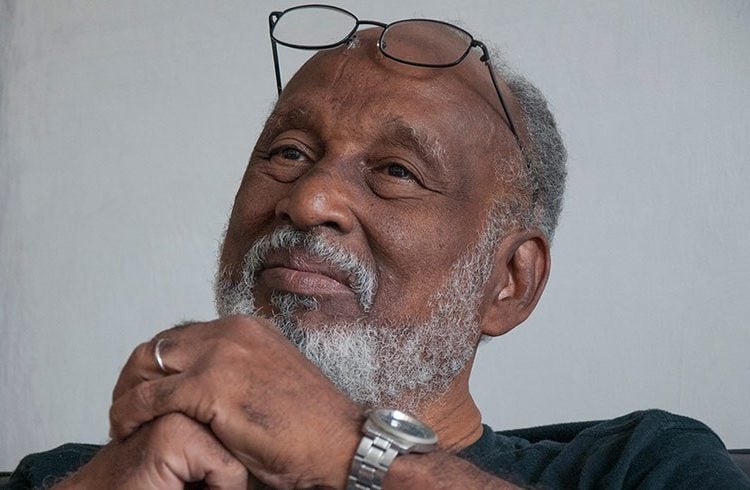 Professor Esteban Morales is one of the most respected researchers in the field of US-Cuba relations. He has just published the book ¨From confrontation to attempts at normalization´, a must-read material to understand the bilateral conflict. He agreed to devote some of his time to discuss with us the past, present and future of these relations.

It would require a deep analysis on past the elections and the composition of Congress. Obama cannot lift the embargo because it is the prerogative of Congress, but there are many things he can do. He can expand academic exchanges, opening the possibility for Americans to visit Cuba, remove our nation from the terrorist list, talk about Guantanamo Bay, increase collaboration in the fight against Ebola. Obama can also negotiate the swap of Alan Gross for our 3 fellow prisoners in the US

Some compare the Ebola coordination with the ping-pong diplomacy with China.

Well, yes it looks like that because it is an approach that can open other doors. They can do many things that would alleviate the pressure on Cuba and also the pressures the US is receiving, such as Latin America inviting Cuba to the Summit of the Americas in 2015. Washington is paying increasingly high costs for maintain the policy of hostility.

Could they start a bilateral dialogue soon?

I believe that today it is possible. In 1977 Cuba had with the Carter administration the most important dialogue so far. The problem then they included in the debate multilateral issues such as Cuba’s presence in Angola, in Central America or its relations with the USSR.

What would the obstacles be today?
The obstacles that were in the Carter era do not exist today, our relations with Russia are different, we don’t have troops in Africa and the situation in Central America changed. Cuba´s international activism today has other features; it has more to do with collaboration in health, education, etc.
Today there are perceptions; Obama said that the main obstacle is that of Alan Gross, but that can be fixed easily. What happened to Gross is his fault and of American intelligence services that sent him to Cuba, his family has said that Obama is responsible for this situation. Our government proposes to swap him for 3 prisoners who remain in the US; it would be a win-win situation.

Could Cuba release Gross in exchange for initiating a dialogue or it is a precondition for the release of three Cuban agents?

I think it is a premise because it is a very painful thing for us; those guys have already been in prison for 16 years there. They were on a mission to protect Cuba and it was an injustice what they did to them there. I think it is right that Cuba puts as a condition their release to allow Gross his returning to the US. The Obama administration has the authority to do so and would not have large costs. The other day they swapped 11 Talibans for one American soldier.

Does Cuba want to start at this point?

It does not necessarily have to start there; in fact we are already collaborating in the fight against Ebola. We can also discuss other issues but sooner or later we will have to talk about these prisoners.

What would the Cuban agenda be?

One of the issues to talk about is the blockade, especially its financial aspect, where such absurdities as a fine of $ 8.9 billion to a French bank occur. Cuba may also request that Americans be allowed to come to Cuba because it would have great significance for the growth of tourism. You can continue with the release of some medicines we need and they do not allow us to buy. You can negotiate the rules of trade with the US where now Cuba has to pay on advance and in cash. There are a few things they could do.

How far the Cuban government is willing to negotiate?

The Cuban government is willing to negotiate everything the US government considers, including the issue of Human Rights. What Cuba will not accept is that Washington imposes on the Cuban political system parameters, demanding it to be multiparty or go to a market economy. Those things belong to Cuban sovereignty and we will never accept being told what we have to do.

Why did previous negotiations fail?

The core element was that the US never wanted to negotiate on equal terms, always tried to impose their agenda. Washington tried to tell us what our international relations should be, demanding that we break up with the USSR. They demanded that we left Angola. That was fatal; it put things in a way that could not move because Cuba could not accept the US to dictate its policy.

What could make Cuba to facilitate rapprochement?

Two years ago Cuba launched a vast amount of topics it could collaborate with the US in medical, educational topics. But there will be not understanding as long as Washington thinks that Cuba is too small to talk as equals. Our discourse today is quite diplomatic to the US and Raul (Castro) has said he is willing to discuss whatever and whenever but as equals.

History of the large earthenware jars