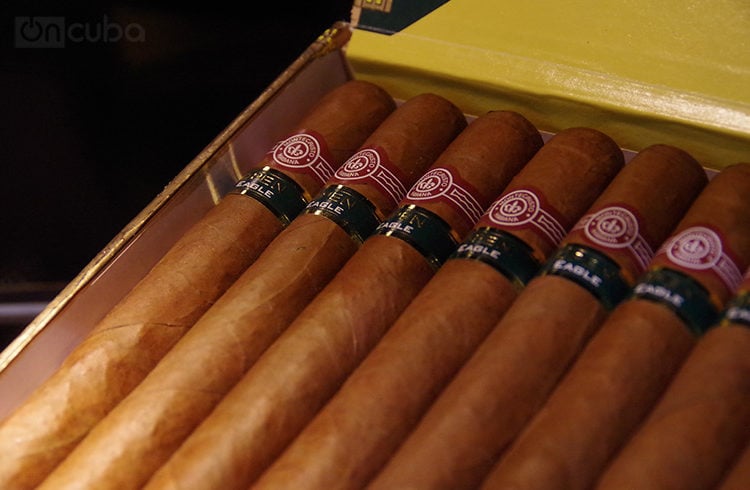 Sales of Cuba to the EU mainly include fuels, minerals, oils and traditional items such as cigars, rum, nickel, scrap metal, and sugar / Photo: Rolando Pujol.

In 2013, transactions with the European Union-and the continent in general accounted for 28.3 percent of Cuba’s foreign trade. This figure breaks down into 36.7 percent of Cuban exports to the EU market and 25.9 percent of national imports from that region; according to data from the Chamber of Commerce of the Republic of Cuba, during the recently concluded International Fair of Havana, FIHAV 2014.

Among the top 10 trading partners of Cuba appear four countries of the regional bloc: Spain, third; Holland, in seventh; Italy in the ninth; and France, in the tenth.

Celia Labora, Director of International Relations of the Cuban Chamber explained that the volume of trade confirms the importance for enterprises on the island to be updated and well-prepared to enter the European markets, and to know the regulations that affect their exports.

Coinciding with this criterion, Ambassador Herman Portocarero, head of the EU Delegation in Cuba, said in statements to the press that the region is a large and sophisticated market, with great potential for the country to be present with non-traditional and higher value added products. “This requires a better knowledge of the market and what we call trade facilitation” he said.

To this end, for the second consecutive year, several officials and experts from the EU Delegation in Havana offered to Cuban executives and entrepreneurs on the “Challenges and opportunities for export to the European Union” seminar, held as part of activities of FIHAV 2014.

Alain Bothorel, Minister Counsellor of the Delegation referred to the trade surplus of the European Union towards Cuba-that is, the country buys from the block more than it sells it, a trend that meant that last year Cuba exported 837 million Euros worth of products, from beyond the imported goods worth one thousand 834 million, according to Eurostat statistics. The products of the island are concentrated in relatively few items, so it is a challenge to achieve greater diversification in this regard, noted the ambassador Portocarero.

Here gravitates the fact that from January the first, 2014, Cuba was exempted from the Generalized System of Preferences, as the EU authorities consider it a middle income nation. Under this mechanism, which provides tariff benefits to LDCs, Cuban cigars, for example, had a charge of 7.8 percent, while today is 26.9 percent; according to figures released earlier this year.

Katerina Beckova, first secretary of the EU Delegation in Havana, presented Export Helpdesk, a web platform that provides information on technical requirements, tariffs, preferential agreements, trade statistics, and news of interest and contacts of business organizations in the states members. This service, easy and free access is organized product by product and country by country, which seeks to facilitate entry to exporting to the regional market.

Also, Didier Carton, expert from the European Commission, explained the workings of the Expert System of Trade Control, known as TRACES. This is an online tool for health certification and tracking movements of animals, plants, food and animal feed imported by the EU and marketed by member states.

Although the connectivity problems in the country may become an obstacle, the system is very useful for Cuban companies, considering that the Caribbean island is one of the largest exporters to the EU of products of animal origin, mostly honey, leathers and seafood.

“The European Union intends to support Cuba in its economic update. In the field of foreign trade we can share our experiences while facilitating market entry, “the ambassador Portocarero said. Among the advantages he mentioned his country’s strong image worldwide, an educated workforce, as well as its geographical location. “We have very often trade relations, but that can be improved on both sides,” he said

In terms of investment in the country, the community block also occupies a significant place with a high percentage of joint ventures, international joint ventures and management contracts and joint production.
For a special business forum held in FIHAV, Ana Teresa Igarza, director of the Bureau of Special Zone Development Mariel, reported that currently more than 36 countries are with the prospect of settling there. Spain, Italy, France, Netherlands, Vietnam, China, Russia, Brazil, Mexico and Canada, among others, have the largest number of projects.