Rent and the musical theater in Cuba 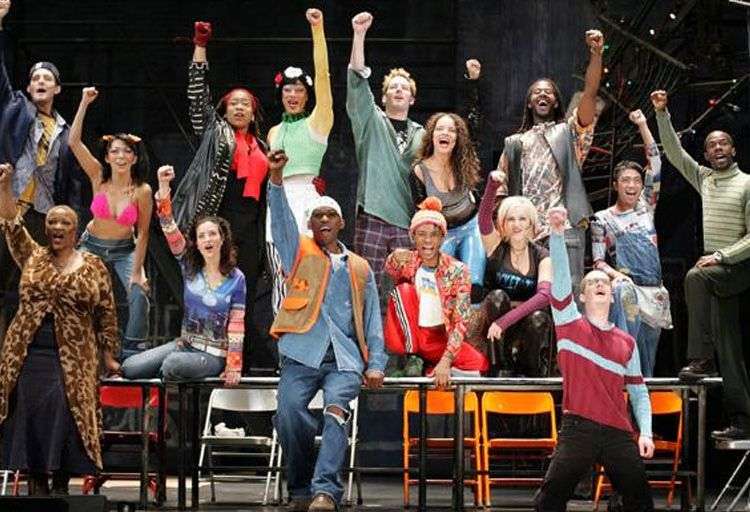 It seemed that in the 1980’s the group Teatro Musical of Havana and Hector Quintero would perpetuate a genre and a tradition rooted since the Republic with Alhambra Theater. After years of silence, the corner of Consulado and Virtudes Streets is still choked with debris and thirst of applause that once shook the lunettes. Since the cease of the presentations of this company in the early 1990s, many years would pass for the Cuban stage to dream of rescuing a genre that, at most, had performed some plays on the stage -very far to be considered musicals – by José Milian, Raúl Martín, Carlos Diaz and Nelson Dorr, among other directors.

An apparent ‘back to musical “, starring the group Mephisto Theatre, led by the late Tony Diaz, put in Cuban stages frank imitations of Broadway blockbusters, conditioned by the budget of the National Council for the Performing Arts, the translation of parliaments and songs into Spanish and some other elements introduced in the plot to bring it closer to the national audience. Despite this, the audience applauded standing, for months, shows like Cabaret, Chicago, Cats and Grease, the latter two featuring children and directed by Alejandro Milian. If the genre was being rescued or not in Cuba is a divided opinion. Some theatrists recognize them as performances of musical theater, but not strictly Cuban.

Most of the theater directors reject the possibility of venturing into musical productions because they are very expensive, but in addition finding currently actors able to dance, act and sing at the same time is more complicated than it seems. There is no training institution, no workshops or courses regularly in this field. And the “initiative” by the Amphitheater of Havana, under the direction of Alfonso Menendez, congregating in stage opera singers and dancers who in addition dub the songs, let us say it so clearly, is not musical theater.

In this context, the foundation Nederlander Worldwide Entertainment wanted to bring to Cuba nothing less than the musical Rent, and with it, the return of Broadway to our country, after half a century.

The play, written by Jonathan Larson, is based on the opera La bohème, and tells the story of a group of young artists in the 1990s, love, AIDS and New York . Fifteen Cuban actors will participate in this staging, which will be premiered next December 24th at Havana´s Bertolt Brecht Theater, and will be directed by Andy Lord Jr., who will be part of the cast of this Broadway show.

Rent will also feature choreography by Marcus Paul James, musical direction by Emmanuel Schvartzman, sound design by Michael Catalan, and costume design by Angela Wendt, all from the original production of the play, well recognized names in New Yorkers scenarios.

The show will remain in theaters during the months of January, February and March, 2015, but it remains to be seen what its impact will be, not only in public, but in our theatrists in general. Rent is the opportunity to enjoy one of the greatest Broadway shows of recent times, and although it is not the genuine proof of our musical theater, it could well be a lesson learned, awareness of the need to stimulate in Cuba the production of this genre with its own characteristics, to pay homage to the vernacular tradition of a quintessential theatrical and musical country.

One minute away from glory (or earning the right to dream)