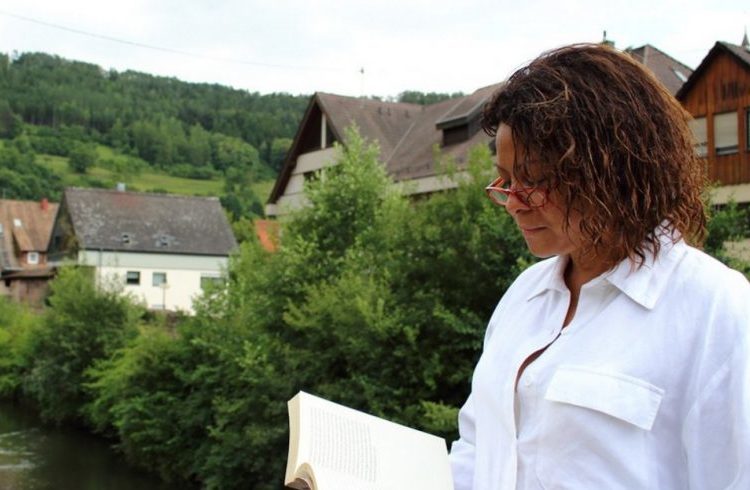 Cuban writer Susana Camino has lived almost three fourths of her life in Germany. She left the island when she was 19, and not even then has she stopped feeling for it.

Enterprising by vocation and need, she has her own learning Spanish agency, where she carries out several functions. She recognizes that there at times that this competes with her profession as a writer, linking one day with the other, until she is again in front of her students.

In the midst of that time conflict, Camino has developed a notable literary career which has led her to present her first novel, La salahombres, in Cuba – where it was published by Extramuros – as well as in Germany and Switzerland.

I gather that your career as a writer starts and develops in Germany. How easy or difficult is it for a Caribbean writer to insert herself in the German literary world?

It wasn’t easy. Actually, I started the career on the island with the presentation of my first novel, La salahombres (Extramuros publishers, 2015). But it was a difficult challenge to get to present it. I still don’t know from where I got so much strength and optimism.

I decided to continue the career in Germany and it has been worthwhile. I have been well-received by readers and the fact that I am a Cuban author is a point in my favor. There are many Germans who like Cuba and its intellectuals.

I have to work a lot, really a lot: presentations in libraries, cultural centers, radio interviews. Miriam (which is the German version of La salahombres), has been having a good reception, I am very happy with the results.

It’s a novel dealing with local customs, with passages that don’t exist in Germany and are typical of the island. Many readers ask me, “Did that really happen?”

Regarding La salahombres, I notice the important role played by the issue of violence – especially against women -, given that the main character is burnt by her couple. How do you deal with such a thorny and current issue?

Many of the women characters in La salahombres are mistreated by their couples. Miriam has been suffering it ever since she was a child, seeing how her mother was beaten by her father, who has other women. Miriam sees how her dad comes and goes without explanations; she suffers each one of her mom’s tears. And to top it off, her couple burns her after having sex.

Many more things happen with respect to this, but I feel happy about writing it and that it has reached the conscience of many. Violence against women is an issue that must always be touched on, because unfortunately it is a global phenomenon.

Miriam is a fighter and always gets what she wants, that is good for women readers who have been the victims of violence.

If you were to be proposed writing a novel whose plot takes place in Germany, which topics or characters wouldn’t be left out?

I precisely just finished El amante de Stammheim. The character is a businessman who lives in Germany and his partner and friend sends him to Stammheim prison in order to seize everything they have jointly built.

The novel is based on real events. In it money plays a very important role for several characters: for money they are even capable of dishonoring their mother. Envy, selfishness and prison life in Germany is also reflected in it. 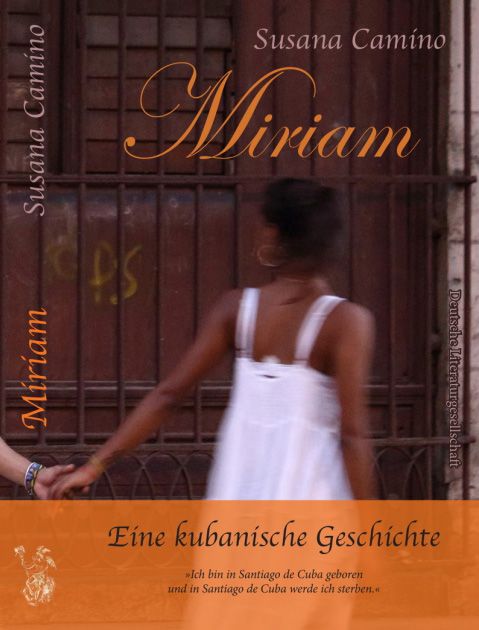 What’s the new novel you are preparing about?

I’m writing about the life of a Cuban woman who lives in Havana in the early 19th century. I go back to a harsher, more historic Cuba. We will read about the prejudices of those times, the ardent racism, the one that sets you on fire and leaves very visible wounds, in addition to the little value given to women at the time.

My principal character is a century warrior. Adored by her family and hated by mediocrity. Today, after so many years after her death, her relatives and descendants continue adoring her for all her sacrifices and charities. She is an authentic Cuban woman.

How has your life as an emigrant influenced your writing?

I have been living in Germany for 25 years and I’ve never had any problems, even if it might seem incredible. Only the winter affects me deeply. There are times when I look out the window and I wouldn’t like to even go out to buy bread. I don’t like the snow. I detest it. I only like it on postcards.

But I established myself here, my son Christopher was born and I’ve already built a life here. The first thing I did to feel better was to learn the language correctly. Nowadays the German language forms part of me and my routine.

Social integration is very important when you decide to live in another country. I know Cubans who live here as if they were in Cuba. I understand it because the nostalgia affects all of us.

In El amante de Stammheim I reflect a great deal about my life in Stuttgart, the city in which I have lived more years than in my native Havana.