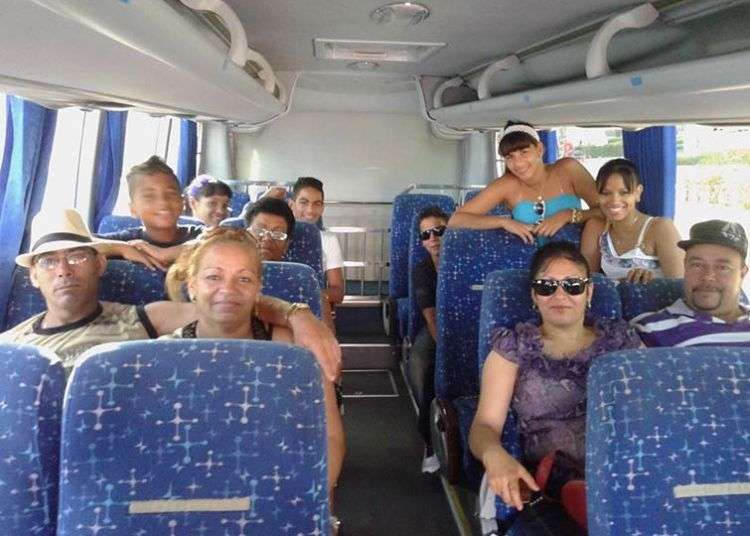 The sudden entrance of Cuban customers as a sourceof incomes for the tourist industry in Cuba has regularized after the government decided to open this market for them in 2009.

Even though specific numbers are not available, there has been in fact a sustainable growth. The number of guests in 2013 rose by 8% in contrast with 2012, and by the first quarter of 2014 it had increased by 28% in comparison with the same period last year.

The exact meaning of these numbers is the thousands of Cubans than can afford it, “mostly self-employed workers and internationalists abroad; though there are all sorts of people”, noted sales representative Yana González Korucienko, from Cubanacan, in the province of Cienfuegos. She also recalled that back in 2009 their catalogue was barely one page long and now shemakes bookings in more than 100 hotels from 24 chains.

On her desk, María de los Ángeles and Rafaelglance through the “book”. They own a guesthouse and they are taking this option for a second time, after the banning for national citizens to stay in hotels was lifted. “This time we are going because our daughter turned 15 and we had promised her we would”, they explained.

Close to the agency there is the departure point for a considerable part of available tours all year round. Two busses from Transtur agency wait for the travelers to take them the north cays of Santa Clara province, including two neighboring families who gathered the resources to enjoy “all inclusive” hotels. “Prices are high and it is hard to collect the money”, stated Orosmay, one of the organizers of the tour, who said nothing else on how they managed to get the money.

Long prohibition years and the ideas of equality championed by the Cuban socialist model have left their mark in the relation between public opinion and more expensive tourism in Cuba, as confirmed by the grudges of some of the people interviewed and asked to share their experiences. It is shameful for having access to resources most of the population cannot afford.

“It was a good thing to open up hotels for Cubans, it even increased their self-esteem, but prices still ban most of them, we avoid publically stating we are going on vacations to the cays because people still look at you and wonder: and where did they get the money from?”, pointed out María de los Ángeles.

In some hotels there are also prejudices. Cubans are often referred to as “plague” for the clients that try to make the most of their stay by storing drinks and grooming articles available in “all inclusive” packages.

“Fortunately, that kind of behavior has showed a decreasing trend and it no longer happens in five or four stars hotels”, affirmed Jose Hernandez, commercialist specialist from Havanatur agency, in the central part of the country.

Regardless of any polemic debates, Cuban customers in national tourist resorts are gaining prominence. “National tourism is like a lifesaver during low seasons for tourists”, noted González Korucienko, who is pleased with meeting the plan thanks to clients that come looking for a good offer for someone who can afford it but “not so much”.