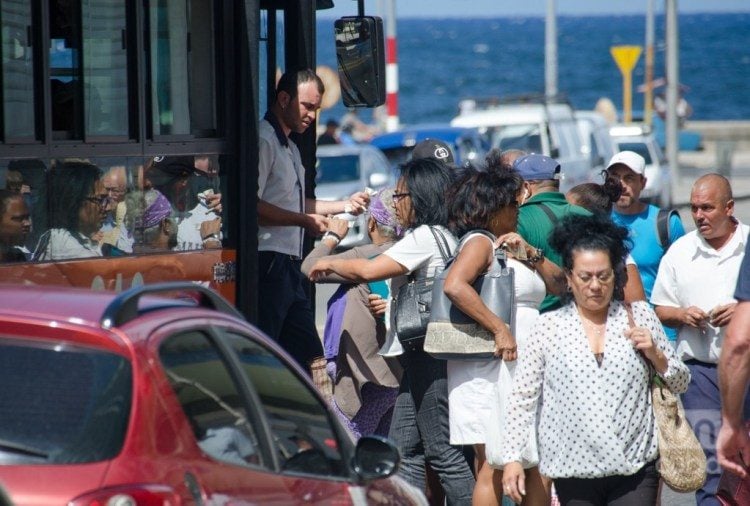 The immediate causes are recognized in Venezuela’s economic collapse, the new U.S. sanctions, the economic break with Brazil, and low prices for some export products, and why not, the little success of the “updating” to boost the economy.

The first half of 2019 began marked by the worst shortage of basic goods since the end of the most acute stage of the crisis of the early 1990s. Even the government itself warned that the situation could get worse in the following months. The low availability of fuel has affected public transportation in several provinces.

Low growth is not new in the Cuban landscape. The truth is that Cuba does not grow what it should at its best time, and not only that, but now it does so with greater inequality. The short periods of bonanza have been, as a rule, associated with external support of doubtful sustainability. One of the latent problems is the chronic shortage of foreign exchange, which results in international commitments’ default cycles. This means that the island systematically transfers to its foreign partners the consequences of its limited economic success.

Cuba is not financed in international markets like other similar countries, partly because of the U.S. sanctions, but also because of its peculiar economic system. Although the island has managed to obtain disproportionate attention from countries such as Venezuela, China, Russia or the European Union, this has to do more with geopolitics or strategic positioning than with its economic dimension. The problem with this is that these arrangements are almost always vulnerable to the political cycle, or are unsustainable over time. A very good example is the low profile of Chinese investments on the island, amid excellent commercial and political ties.

The truth is that Cuba’s response has always been below expectations. Although foreign debt was recognized as a priority as of 2010 as part of a broader strategy to return to foreign markets, a similar episode has been repeated less than seven years later. Few question the Cuban authorities’ interest in meeting their obligations, the doubts fall on their strategy to achieve a viable project.

Can Chris Dodd help his friend Biden save US-Cuba relations?

According to the authorities themselves, since 2010 only the simplest changes contained in the Guidelines were concretized. The restructuring of employment is perhaps the most important transformation. The State has lightened its workforce since 2010. During this period, 1.2 million workers ceased to be public employees. At the same time, the working-age population increased by about 300,000 people. That million and a half (gross figure) found employment in the non-state sector, the informal market or emigration. It is not uncommon for growing inequality, economic crime or new jobs such as product smuggling or imports to be established.

Although there is insistence on the “demographic crisis,” the truth is that the island has a bigger working-age population at this time than ever before in its history. The problem lies in the use of this workforce. The proportion of working-age people with formal employment has been systematically reduced since 2011, from 76 to 64 percent. There are multiple factors to explain this, but a very important one is investment. Although investment volumes have grown, they remain very depressed.

At the same time, little has been done to improve the allocation of scarce existing resources, from rigid central planning to price and exchange rate distortion. The real estate boom shows that once the rules and incentives are put in order, significant amounts of resources are mobilized. The banking system is lagging behind in its function of channeling temporarily free resources to expanding sectors. It would be necessary to look for the causes for individuals’ keeping enormous amounts of money outside the domestic banks, and the little propensity of these to support the emergence and expansion of small businesses, to mention an example. There is a commitment to foreign investment, leaving in the background the use of domestic resources. Foreign capital, without a strategic approach within the development model, will only produce an even greater hard currency mismatch in the future. Changes in state enterprises have been minimal, and have not resulted in a framework that allows them to be managed commercially, or bring in fresh resources.

A half restructuring, such as the one that has been taking place, has already been tested in other countries with similar models (of central planning, such as the USSR of the perestroika). The prospects are not promising, and Cuba confirms it. Productivity hasn’t increased and dangerous macroeconomic imbalances are accumulating. Public debt has grown in the shadow of cheap loans from state banks to the State, in part to cover the enormous inefficiency of the state business apparatus. To the chronic shortage of products is added the visible deterioration of the price of the convertible peso in the informal market.

Faced with this scenario, the latest decisions in economic policy are, at the very least, late and of little impact. The successful transfer of factors to viable sectors requires at least three conditions. First, the system requires providing information to detect moribund activities and units. In that sense, a deep monetary-exchange reform is essential. Secondly, mechanisms have to be created to make it possible for mobile factors (labor and a part of capital) to move towards new sectors. This process is not free from friction, since it takes time and resources to liquidate unviable companies and create new jobs. Along these lines, the limits to the expansion of the non-state sector act as retardant factors. The self-employed already fulfilled that function for the public sector, although unfortunately only in sectors with little prospects for improvement. Finally, restructuring needs investment resources to make possible the emergence of new sectors. These resources must be procured not only in foreign investment or external credit, but in domestic savings. A part would come from a lighter public sector, and from the productivity profits of companies run by independent government boards. In any case, a modern financial sector is part of the solution.

That is a possible path for Cuba, which would allow the country’s endogenous capabilities to be used more fully, making it less dependent on the stormy global geopolitics. But it would only be a real option through a shift in paradigm. The recent measures do not point in that direction.

Where are we going? Well…not very far.

* This article was originally published in the magazine Progreso Semanal.