Yosbany Veitía, Arlen López and Andy Cruz won their first fights at the World Boxing Championship in Ekaterinburg, Russia. The Cubans opened the victorious path for the island, which this Sunday will have as exponents Lázaro Álvarez, Erislandy Savón and Julio César La Cruz. 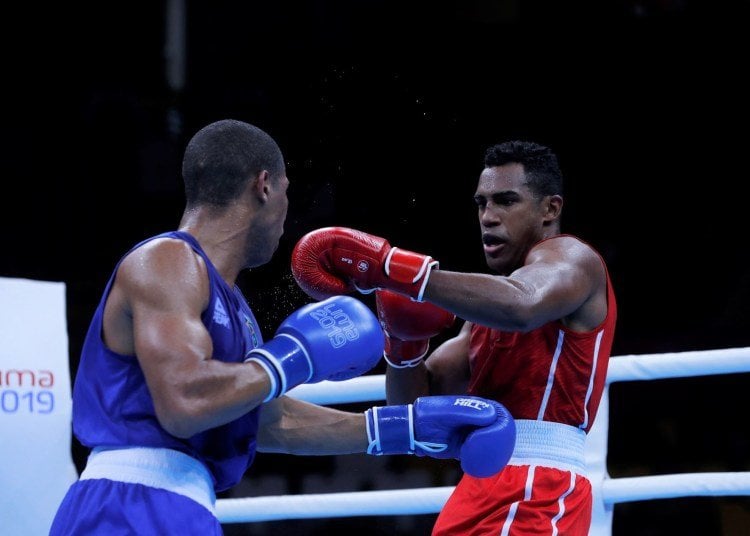 Veitía, in the 52 kilograms, opened the triumphant path for the Island, although he had a tougher time than expected against Algerian Mohamed Flissi, double world medalist in Almaty 2013 (silver) and Doha 2015 (bronze).

The boxer from Sancti Spíritus was not as fiery as usual, he had a hard time warming up and, although he won with a tight 3-2, he expressed his dissatisfaction in statements offered to the JIT digital site.

“I didn’t feel well in this first fight, I was out of distance and didn’t throw enough punches. Maybe the days of inactivity affected me. The important thing is that I won and we will see what happens next,” said Veitía, world champion two years ago in Hamburg.

More comfortable were the smiles of Arlen López (75) and Andy Cruz (63), who took the unanimous vote of the judges against Algerian Younes Nemouchi and Belgian Ibrahima Diallo, respectively.

According to colleague Roberto Ramírez’s reports, Arlen relied on his work with his right hand and struck at close range with effective hooks, a task that allowed him to take advantage and move to the next step.

“It was a good fight. I was able to fulfill the plan drawn up by the coaches during the three rounds. It’s a good experience to start recovering things that I’m still missing,” said the boxer from Guantánamo, who will be fighting in the next bout against Dominican left-hander Euri Cedeño, his victim in the quarterfinals of the last Pan American Games in Lima.

The icing on the cake for Cuba was given by Andy Cruz, probably today’s best fighter in the Antillean squad. The boxer from Matanzas gave no room for doubt in front of the Belgian Diallo, who could hardly cope with the varied and powerful arsenal of the Cuban.

“He is a pretty spiky rival. I dedicated myself in the first assault to study him to see what I could do. I worked hard on my defense, on my speed, and I realized that I could achieve it; then I went out to challenge him,” said Cruz, who hopes to win his coming commitments.

“You have to think fight by fight, not focus on just one rival, because they are all tough, and adapt to the characteristics of each opponent,” added Cruz.

Cuba will continue its pace in the World Championship this Sunday, when three other world champs will climb into the ring: Lázaro Álvarez (57), Erislandy Savón (91) and Julio César La Cruz (81).

After these three fights, only Roniel Iglesias, scheduled to go to the ring on Monday against the Chinese Qiong Mai, would remain to debut.

Cuba has seven boxers in the World Championship, after super-heavyweight José Ángel Larduet left the Caribbean team in Germany, where they had a small training base before traveling to Yekaterinburg.