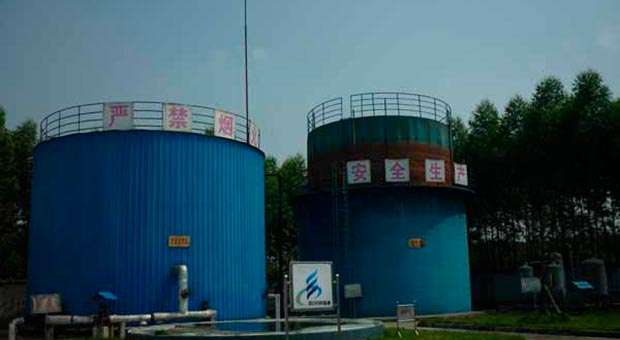 The current socio-economic and environmental landscape of the planet requires finding ways to generate energy. A barrel of oil, besides being a finite resource, costs currently around 100 dollars in the international market. Cuba. For not having great rivers that can be used for obtaining electricity and doesn’t have (yet) sufficient reserves of hydrocarbons, it is required the use of alternatives that are in fashion, even in developed nations. The use of renewable energy sources set the pace to new prospects of savings and environmental health.

Today the word biogas is not strange to many. Although the use of this energy carrier is not new, the use of fossil fuels had led it to neglect and underestimation. However, the Cuban government intends to leverage the benefits offered by organic waste. From the proven and accepted experience, this strategy is growing stronger every day, prompting experts to continue to demonstrate its feasibility in various fields.

The guideline number 247 of economic and social policy calls for boosting the utilization of various renewable energy sources like the use of biogas , biomass , wind , hydro and others, prioritizing those with greater economic impact in the short term . The new projections also suggest establishing relations with organizations of international collaboration with greater emphasis on acquiring material and technological support in the development of objectives for the use of various renewable energy sources.

Biogas is composed of about 60 % methane (CH4) and 40 % carbon dioxide (CO2). It iss lighter than air and has a flashpoint of 700 ° C and flame reaches around 870° C. It can be used as any other fuel, either for cooking, or via adapted lighting lamps. It is also used in internal combustion engines transformed for that purpose. It is obtained from the fermentation of organic materials: manure of any kind, cachaça distillery waste, agricultural waste, organic waste from food factories, etc. . . .

According to Jose Antonio Guardado, expert on the subject, Cuba was one of the first countries in Latin America where biogas technology was introduced. During 1940, two digesters were built to obtain it from industrial wastewater at the El Cotorro Brewery. However, it is in the 80 and 90 when it takes up and expands, involving a considerable number of territories. During this period emerged the National Biogas Movement and currently there are about 600 small plants, which are mainly used for cooking food at home. One aspiration lies in the construction of other in distilleries and landfills in settlement of more than 50 000 inhabitants.

Together there is a biogas plant in the capital, where 60 kilowatts per hour of electricity are generated for their own consumption. Camagüey also has a guaranteed supply of gas for a nearby village. Among state farms and peasant sector are approximately 700 digesters that process especially cattle feces, mainly from pigs.

Data from the National Biogas Group indicate that the potential of the island exceeds four million cubic meters annually. If their use was the appropriate an 85 MW power generation would be achieved and produce more than 700 Gigawatts per hour per year. These emissions of carbon dioxide would be reduced by more than three million tons and save about 190 thousand of oil. In addition, approximately two million tons of organic fertilizer would be obtained during each calendar year.

Currently one of the most used and efficient variants to produce biogas in Cuba is by retrieving pig excreta. The Center for the Promotion and Development of Biogas, belonging to the Swine Research Center of the Ministry of Agriculture, is a group that develops and manages construction projects of digesters with foreign and national institutions. They recently opened negotiations for settling of the first Industrial Biogas Plant with pig waste, using German technology.

About 300 farmers have benefited throughout the country through training and material support provided by the center, which in turn establishes relationships with organizations inside and outside of Cuba for the viability of their projects. The set goal is the annual construction of 200 digesters in the state and private sectors.

Achieving biogas consumer culture depends on dissimilar factors. Essentially affect the characteristics of each context. Cuban conditions are somewhat complex due to ignorance of the potential of biogas by those who could produce it, and the problems related to the availability of construction materials.

“Making a digester is not an easy task. Our center provides the necessary advice to the farmer or state farm to start in the task; we do not have staff to perform the work, so many self-employed contract labor works as a variant. Similarly, through our projects we guarantee the necessary materials. The construction takes resources, but the utilities and benefits which then provides outweigh the cost of investment, “Roberto Sosa, Director of the Center for Promotion and Development of Biogas, said.

Incidentally he added: “In the agricultural sector more and more productions are integrated and are designed to some extent to market fully or partially the excess, including renewable energy and organic fertilizer obtained from treatment systems waste as biogas. The development and diversification of its use can improve the economic indicators of a farm to become a reliable source of financial income from the sale of electricity (kwh) to the national grid. “

Although further development in this regard is incipient, initiatives will grow to promote this alternative, which proved to be feasible and profitable. Along with Colombia, Mexico and Guyana, Cuba gains its position among countries with hundreds of biogas plants.

Touring Cuba on a motorcycle

Queer cinema comes out of the closet in Havana