susana
in Among numbers, Economy and Business
0 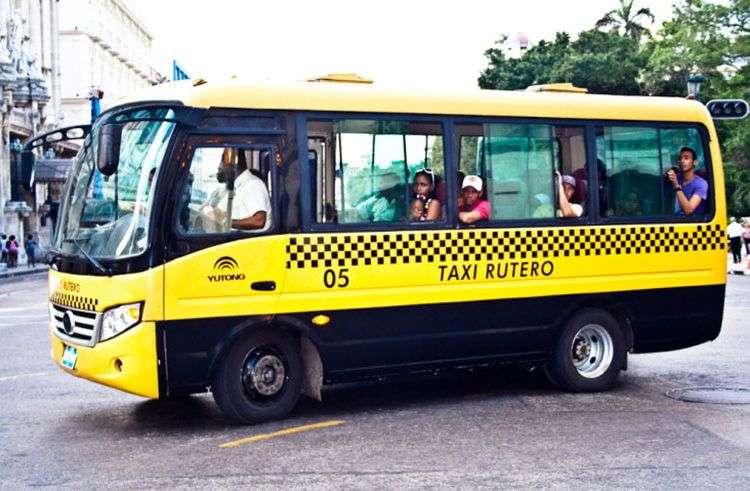 After more than a year from the approval of two decree laws and several resolutions that would open up the way for the creation of cooperatives outside the agricultural sector, and given their presence in a context of transformations in the Cuban economic and social policy, OnCuba offers an approach to possible links among non-agricultural cooperatives and the new Foreign Investment Law, by PhD. Hugo Pons Duarte, assessor to the President of the National Association of Cuban Economists and Accountants (ANEC by its acronym in Spanish).

What elements have marked the progress of non-agricultural cooperatives in the country?

There are about 500 non-agricultural cooperatives all over the country (Pinar del Río, Matanzas, Santiago, Cienfuegos, Sancti Spíritus and Artemisa) in fields such as: construction, transport, and several kinds of services, which are necessary supplements for achieving efficiency nationwide.

The process, initially developed with an experimental character and then gradually consolidated, aims at complying with seven principles of international cooperativism. In addition, despite its antecedents in the capitalist system between the 18th and 19th centuries, this organization was inserted in Cuba in the context of the socialist economy.

We have studied the experiences of many nations regarding the implementation of cooperatives, their development, and their impact in terms of corporate and social responsibility. All aspects to be met have been clearly outlined.

Cooperatives contribute with the generation of jobs and can become a means for boosting self-employment for the sake of better integration, which is logical because it increases stability, safety, and cooperation levels, thus rising production levels as well.

I think the trend among self-employed workers will be to get together in cooperatives. Sometimes we see, within a block, people competing with the same product, instead of getting together and creating cooperatives and elaborate other products on those grounds. That way their businesses would be more profitable. This process results in collectivization of work, which will favor productivity and specialization.

Non-agricultural cooperatives, still in experimentation, don’t meet all conditions yet. There are still a few issues to improve, mostly in terms of goods, raw materialsand consumablessupplies. I would say probably in a year we may comply with all the necessary conditions.

On the other hand, we haven’t discussed second level cooperatives, though there may be a few already. One of the objectives of the Guidelines of the Cuban Economic and Social Policy has to do with these cooperatives. There are agricultural, transport and market cooperatives which can be perfectly articulated and there can be a separate one for managing general processes or coordinating joint work. Once in this level, we could think of a third level cooperative or an umbrella as they are usually referred to.

However, we need to create first degree cooperatives first not to rush the process. In fact, there have been ups and downs as in the case of agricultural cooperatives.

Soon, other cooperatives will emerge within the industry sector territorially, which is very important as it is possible to secure some finished products in regions that perhaps lack capacity for massive production.

Do you think that the Foreign Investment Law recently approved could speed up that process? How much would it contribute with the development of non-agricultural cooperatives?

Unquestionably, it will do so as long as cooperatives are the focus of foreign investments, not only in terms of capital but also in terms of technology and management.

Cuba is not only interested in developing cooperatives or boosting self-employment. It is interested in creating a chain of values that range from production to commercialization. It is a significant achievement to set up a production chain including non-agricultural cooperatives.

It is equally necessary to boost agricultural cooperatives in view of moving forward and meeting the need of increasing food products.

In this context, direct foreign investment would favor, to some extent, isolated massive productions in a territory manage to establish a logical chain and achieve productions where each part of the chain play an important role, thus contributing with increasing incomes and capital for the country.

The new Foreign Investment Law offers new spaces and expands its potential. Besides, it conveys a change in the way of thinking. While foreign investments were addressed to supplement a certain productive process for development, now it has become an element for development.

It is part of a necessary process but it also enhances society’s objectives. In this perspective I believe there is room for cooperatives and self-employment in this context. Nonetheless, no actions have been taken in this regardyet,I hope there will be somein the near future.

What is your opinion on present and future progress of links between cooperatives and foreign investments?

This process is vital for its effectiveness –that combination of efficiency and efficacy–, its impact in the process of decision-making by enterprises, motivation, work encouragement and the increase of productivity levels.

The impact of the steps taken and the transformations undergone depend to a great extent on the implementation of the outlined regulations and the quality of the work of those behind them.

It also presupposes a challenge for some kinds of services; for instance, banking services as to their capacity to answer back with the necessary speed; for the energy sector; aqueduct and public services in general.

It is not about turning society into a society of cooperatives, but of workers. There will always be cooperatives but in terms of development projections, they will not be the focus of the country’s production for meeting its needs.

Cooperatives are an intermediate stage of development. We don’t come from a capitalist economy, where moving on towards cooperativism means further collectivization and socialization of productions. In our society, the State takes care of property and production. Therefore, cooperatives are an instrument for development, but not necessarily condition it; they rather have a significant role to play.

Another important element to take into account is that the country is working for a global development strategy, which comprises strategies from different territories depending on their needs, capacities and abilities.

I believe there should be drafted a law for cooperatives in order to provide them with some legal support for their development. Current transformations embrace all economic spheres and superstructures.

Opinions from Miami on the cancelation of Aero Marti flights

Opinions from Miami on the cancelation of Aero Marti flights

Mr. Miller, Gonzalo and the oblivion of a sugar mill …

Cuban Statement on Migratory Talks with the United States