Cuba: The right to the future 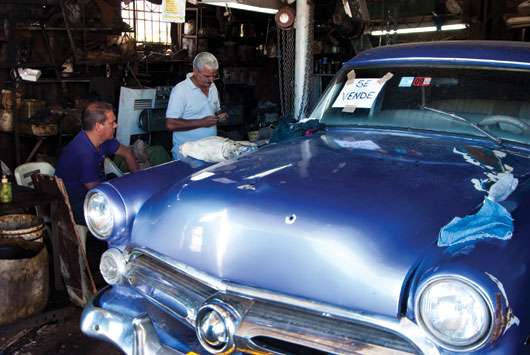 The culture of a people suggests the majority of the times, its artistic sensitivity, its way of speaking and writing a language, its ancestral customs, its beliefs, myths, even its sports abilities, but never in its Law.

But the legal system that the States establish to organize the society and daily life are also the creation of regular, common people and reflect their values of good and evil, just and unjust, ethical or contrary to morals.

In Cuba, personal property of the closest objects has had as an essential feature the prominence of the State when the person wants to dispose of it. This is the reason why the Guidelines of the Social and Economic Policy approved by the VI Congress of the Cuban Communist Party had as one of its motives, to «refresh» the legal system, eliminate restrictions from another era, reflect legal trends and infuse greater life in the autonomy of the will of the people.

The new legal regulations, specifically Decree Law of the Council of State 288, issued October 31, 2011, allows natural persons to sell and buy a home, according to supply and demand and with mainly notarial procedures, but with the ban on having more than one house in the city.

Now it is possible to inherit a house from someone that is not family and one can dispose of a house before leaving the country for good. Also, the family members that remain in the home do not have to pay again its value to the State.

Similarly, it is possible to donate your own home without having to show family relationship with the beneficiary of the donation and the paperwork for the famous permuta, or house swap, have been simplified and now only needs to be formalized before a notary public.

With respect to autos, the regulation is also interesting. According to Decree of the Council of Ministers 292, of September 20, 2011, you can sell and buy autos of personal property, Cuban residents can dispose of autos before returning to their countries of origin, it is possible to freely dispose before death of property over such earthly good as a car, whether pulled by horses or driven by an engine.

It is also possible to donate autos to any person and there is a list of trades or occupations that can demonstrate sufficient income to purchase a car from a State agency. We hope that this list will soon include those who have saved all of their lives to own a car, and new stores are opened where one can buy a spanking new car, as we said since we were children.

As is evident the changes not only point to making legal traffic more flexible and give the notary a greater role in these transactions, but they also eliminate bureaucratic processes that burdened the citizenry. Before it could be years before a home was adjudicated through inheritance, you could have legitimate cash income and never be eligible to purchase one, or you had to swap illegally, or not have the right to donate a home or purchase a car for family use.

This is the story: little by little, Cuban law is changing; it seems to be looking to the future, to a happy and equitable future where all of us make the law and do not have to cheat.

Victor Mesa the sanest of madmen

Victor Mesa the sanest of madmen