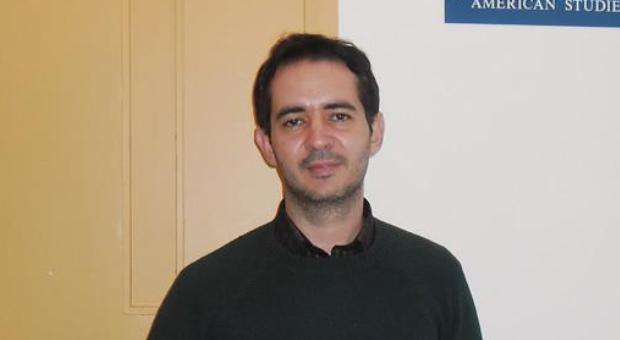 Since 2011, the Guidelines of the Economic and Social Policy included on its agenda the elimination of the dual currency. In popular discussions ever since few topics bring about more speculation, projections and discussions than the currency unification.

The spectrum for the imagination here is so broad, because the information about the time and the exact way of what until now has been presented as the Gordian Knot of the Cuban economy will take place have been indecipherable, or to say the least, very imprecise .

The recently published Resolution 19 of 2014 describes the financial and accounting measures that will come into force on the day before the monetary union takes place as well as the procedures and regulations of the revaluation of the Cuban peso in state institutions.

Is the Zero Day near? Can it be tomorrow?

A more seasoned and expert view from economist Pavel Vidal identifies hints in what was published and tackles paths and points with far greater degree of certainty.

OnCuba suggests “The disappearance of the CUC will be pretty swift,” interview by journalist Milena Recio to Pavel Vidal, in Havana.

As an introductory note, we share with our readers some excerpts

Pavel Vidal: From what I understand, there is an intention, typical of all reforms, to try to imagine things from above, to try to figure them out before they happen, and that’s bureaucratic, very bureaucratic. That’s how all regulations are, particularly those about fiscal policy; this is not so much monetary as it is fiscal and price-related.

They [the authorities] are regulating everything that will happen right after the Cuban peso is devalued in business circles. That’s what they call Day Zero. They are preparing for that. After the devaluation, there will be several effects in the business world, in terms of the appraisement of inventories, of all the assets and debts. Everything that’s valued in CUC [convertible pesos] and must be expressed in Cuban pesos will be multiplied by an exchange rate that they haven’t specified. That’s why [the process] is fiscal, rather than monetary.

When you apply devaluation to a business (and obviously this will be a significant devaluation, because the experiments told of a 1-to-10 rate, that’s a devaluation of 900 percent) you’ll have many effects, above all inflationary — effects on wages and on the balance sheets of businesses. This Regulation will control all those effects.

But the Resolution is so bureaucratic and contains so many formulas for price mechanisms, for wage scales, that we have to study it with great care. In it, the authorities are regulating the appraisement of assets, liabilities, wholesale prices; they’re regulating the effects inside the businesses. But they’re also regulating retail prices and wages, which are the ways whereby monetary unification affects the population, which is not through the CADECAs’ exchange rate.
(…)
One has to study that in detail: the effects on retail prices and wages. I have the impression — what happens is that I don’t want to make a statement of that kind, that they’re not nullifying the effects and that there will be effects on the retail prices and wages.
(…)
There will be no across-the-board wage increase, though there may be increases in some sectors.
(…)
It has been said that devaluation could break the vicious circle linking low wages and low productivity. Wages don’t change because there’s no productivity, and productivity doesn’t change because wages are not raised. With devaluation, business can benefit, wages can be raised, workers would have greater incentive, and production and productivity increase.
(…)
We academics always talked about a unification of the exchange rates followed by a unification of the currency. But, what the Resolution tells me is that the process is reversed, because [the authorities] are talking about Day Zero, and on Day Zero the CUC disappears, and everything is expressed in [national] pesos. That’s monetary unification.
(…)
The Resolution [No. 19] says that CUCs will be sold to the state, to the Central Bank, in exchange for Cuban pesos. That’s what happened with the dollars.

Normally, economic policies lean on prior experiences. So, it’s not illogical to think that, in a few weeks, all business companies will sell their CUCs to the Central Bank in exchange for Cuban pesos.

What is not clear to me is how far this will involve the population. In 2003 and 2004, businesses went first and the population went the following year. But this Resolution does not deal explicitly with that.
(…)
There’s always been talk about three years, because the Guidelines establish 2016 as the horizon. The 2011 Guidelines have a five-year horizon that ends in 2016. So, if the monetary reform begins in 2014, there’s three years left until 2016.

But, from what I see, the CUC’s disappearance will be quite swift, for businesses this year, for the population I don’t know when. But that creates too much uncertainty. There’s got to be a process whereby the two currencies [CUC and CUP] coexist as a means of savings, to make bank deposits.
(…)

If someone has saved CUCs, what should he/she do with them?

It has been said — and it was done in 2003 and 2004 — that nobody with a savings account loses with monetary reform. If that is so, well, keep the savings diversified. That’s always the best option, in different currencies.

(…)
Foreign investors basically work with dollars. When the CUC disappears, they won’t be directly affected. But there are benefits to foreign investors and to everyone in an economy that has a single currency and a rate of exchange that is closest to the rate of balance.

Besides, foreign businesses are interested in linking up with the [Cuban] economy but the existence of two currencies makes that very difficult. With a single currency, they can better link up with the national economy, reduce costs and thereby secure greater benefits.

(…)
The costs are the inflation and the balance sheets of the businesses. Some businesses will have to shut down. That’s a cost, but it’s necessary. There will be more transparency making it possible to see who is profitable and who is not profitable, who is efficient and who isn’t, and whoever is not efficient needs to be removed from the game. What’s important is that the inflationary costs come all at once, i.e., that an inflationary spiral does not develop, that any inflationary spiral be controlled.

But, because it’s good that some businesses shut down, it is also good that a little bit of inflation remains, because the prices need an adjustment. What’s important is that all that be controlled, that it doesn’t get out of hand, which is what [the authorities] in the Finance Ministry are trying to do with this Regulation.

What’s most relevant is that the benefits exceed the costs, and the benefits depend on the reaction of the state enterprise, on how effectively they provide a productive response to devaluation in a period of two to three years.

After four or five years, when the entire economy functions in Cuban pesos, there will be many benefits.

(…)
There is a slow but systematic and structural reform. There are many changes, i.e., the wholesale farm market, the size of the private sector — there are many things that are quite structural.

On the pessimistic side, there have been no significant results. So, all this, including its emergence, is not only a process of economic change but also of institutional change, with resistance to change.
.… We have two years in which to get a productive response from the exporters. We have to help the exporters; we have to give them credit. Maybe some companies are initially affected but have potential for the future. We can give them a subsidy. In other words, intervention by the state is also needed.
.
(…)
I think that the only way to defeat the resistance to change is with results. As an economist, I see that the reform is structural, systematic, but the people are not interested in that. What they want is results, and they don’t see them. That’s the main reason for pessimism: no results are seen.
(…)
But we continue to insist that a reform can be managed at two speeds, the state enterprise being the slower.

According to international experience, if you apply shock to the state enterprise, it melts. But the small businesses, the farmers, the self-employed entrepreneur should not fear a Big-Bang-type liberalization, and that gives us more credibility, sends a clearer message. (…)