The Cuban economy the quest for growth 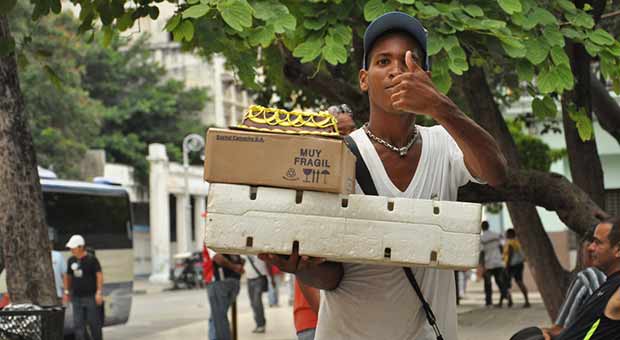 The Cuban economy saw 2.7 percent growth in 2013, a figure that confirmed a tendency towards stagnation that has continued since 2009. Despite the reform process now underway, this tendency has remained. From 2008—the year that Raúl Castro became president and the first changes to agriculture began to be made—to today, average annual GDP growth has been precisely 2.7 percent. From 2011—the year that the so-called Guidelines (Lineamientos) began to be implemented—to 2013, annual average GDP growth has been 2.8 percent. These figures have been far lower than the government’s goal for average growth through 2016, which was initially set at 5.1 percent and then adjusted to 4.4 percent.

For 2014, the government is anticipating worse stagnation, principally because of the unfavorable situation with international export prices. The official forecast is that the GDP will grow by just 2.2 percent. It would be second worst year for the economy since the reform began, surpassed only by the year 2009, when the economy grew by just 1.4 percent. Several years of economic transformations have gone by, and in just two years it will be 2016. At this point, and given the speed of these changes, it is possible to say that the goal set for economic growth (until 2016) will be unattainable (See Cuba Standard-Economic Trend Report, first quarter 2014, for a forecast of the GDP until 2016: www.cubastandard.com).

In the past decade, the Cuban economy reported its highest growth rates in 2005 and 2006. In fact, the National Office of Statistics and Information (ONEI) published double-digit figures (11.2 percent and 12.1 percent). While these values reflected a real tendency, they were exaggerated because of how GDP was measured, which gave a return value to social services based on artificial prices. The Cuban economy effectively had found a new source of growth in exporting professional services, specifically medical services to Venezuela, replacing the the sugar agribusiness and tourism in that function.

For almost the entire 20th century, the sugar agribusiness has been the principal driving force of economic growth; it was the main source of hard currency and a major source of employment and local development, and was chained to the progress of other industries and services. In the 1990s, tourism became the main factor for growth, and key to emerging from the crisis known as the Special Period.

The sugar agribusiness was downsized in the 2000s, and more than half of the nation’s sugar mills were shut down. Today efforts are underway to revive the industry, and this includes allowing foreign investment in the sector for the first time. Production and exports have increased in recent years, but the overall weight of the industry in the economy is greatly diminished. Tourism, for its part, has proven resistant to the ravages of the international crisis, but its dynamism is far from what was achieved in the 1990s, and specifically in 2013, it experienced a slowdown.

The export of professional services continues to be the main source of hard currency for the country, and the destinations of Cuba’s doctors are becoming more diverse. Nevertheless, because growth here is not happening at the same pace as it did when Cuban reached its first agreements with Venezuela, it is no longer a sufficient driving force for GDP growth.

Under the Raúl Castro government, economic policy has made important progress in reestablishing macroeconomic balance, controlling spending, and opening up spaces for consumption and private investment that were off-limits to Cubans for more than 40 years. However, very little progress has been made with respect to national production and household income.

To turn this situation around, the reform needs to find new sources of economic growth. These would not have to be in a single sector; they could be in several, and they would not necessarily have to be new, and could be based on reviving existing sources.
The country’s authorities have placed their greatest hopes for economic growth in two areas: agricultural reform and investment projects. A takeoff of agricultural production and consequent reduction of food imports would relax restrictions on hard currency to the benefit of greater GDP growth; moreover, it would make it possible to eliminate—without any major trauma—the ration book. It would also make it possible to provide palpable and short-term results for families by contributing to the reform process. The weak performance by agriculture could be associated with a number of factors, including the slowness and partial nature of changes that have been made.

Investment projects executed also have come up short of expectations. The investment plans announced for oil refineries and exploration, real estate projects associated with golf courses, nickel, industry, and construction, have come up short every year. For example, the plan for 2011 and 2012 included an investment increase of about 25 percent annually; however, increases totaled 7.1 percent in 2011 and 8.6 percent in 2012. A shift in the direction of foreign investment policy would seem to be the only formula for changing this scenario. Therefore, in 2014 it will be crucial to assess the response of foreign investors in relation to the Mariel Special Development Zone and the new foreign investment law, which will be presented to the National Assembly in March.

In short, 2014 will be the year that Cuban families will continue observing that economic reform is slow but structural and systematic, absurd prohibitions are being eliminated, and opportunities are being provided for those who join the emerging private and cooperative sector, but that the benefits are still not being provided in the real value of state salaries and pensions.

Arruebarruena is already a Dodger