The end of dual currency according to economist Pavel Vidal 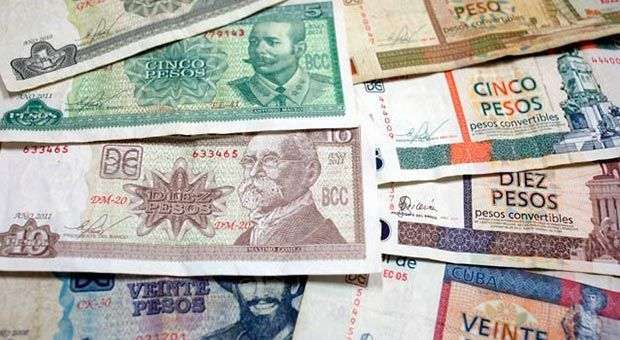 You may never have read or heard about the Monetary Policy Committee of the Central Bank of Cuba. However, the work of specialists determined the purchasing power of millions of Cubans. In the past, the results of the deliberations of this committee decided how many Cuban pesos a dollar costs or a convertible peso (CUC), as applicable.

The MPC was the institution responsible for periodically fix the rate of exchange prevailing on the Exchange Houses (CADECA) between 1994 and 2001, when the currency values fluctuated in Cuba. Later, on March 18, 2005, it was the entity that placed the value between the Cuban peso and his “brother” , the convertible peso : a ratio of 25 to 1, still in force at the time these lines are published .

The Doctor in Economics Pavel Vidal worked as a specialist in the committee in question for several years. From his position he saw the dollar became worth 20 pesos, then its devaluation after the attacks of September 11 and their ultimate recovery.

Vidal is one of the people who have written the most on the subject of the dual currency and the mystery that accompanies it: the path to its disappearance.

Now so often mentioned unification of exchange rates always appear in the texts of Vidal as the cornerstone of the question. The national currency of Cuba has two exchange rates: one for business, one Cuban peso per CUC, and another for the population of 25 CUC Cuban pesos per CUC.

In 2008 Vidal had already described the basic solution, repeating a thesis that is a constant in his writings: “To remove the dual currency is required to have a single currency regime first.” For a long time, this economist has repeated this idea as it was a sermon, in any publication on the subject made ever since.

He proposes in his writings a road with four moments: devalue the exchange rate of the Cuban peso in the business sector, and then unify the type of business change with the exchange rate of the population. After this step, the third step would be to move to Cuban pesos the retail markets operating in convertible pesos and bank accounts of the population.

Finally, it would move to Cuban pesos current accounts of institutions that handle convertible pesos, later to make the Cuban peso convertible in the business sector.

In 2012, Pavel Vidal predicted that monetary union could happen “in the form of a planned process of slow Cuban peso devaluation in the corporate system.” Just as announced in the official note of October 22, 2013.

But the hardest thing is not to unify or eliminate the sentenced to death peso, but to determine the price at which it all happen. The economist wrote that ” a critical aspect is knowing how far to go with the devaluation of the official exchange rate , at what point it will meet the exchange rate in Cadeca , ie , what is the balanced exchange rate. ”
“The rate of 24 pesos per convertible peso in exchange houses is not the equilibrium, since this market are not present all the supply and demand of foreign exchange” Vidal explains in an essay published in the magazine New Society , in 2008 .

Compared to the double currency de-dollarization of the Cuban economy, which occurred in 2003, he said that, at that time, the rate of change of the convertible peso against the greenback “was consistent with the fundamentals of the real economy and the balance between the amount of CUC in circulation and revenue and international reserves. “…

Then the post-double currency rate of the Cuban peso should respond to those same characteristics that allowed replacing the dollar by CUC: there must be a harmony between the single currency of the island and the real economy, plus revenues and foreign currency in reserves Cuba currently has.

The Central Bank of Cuba shares the view expressed by Vidal officially on its website, saying that the solution to the situation of dual currency is pegged “to the growth of the economy, the increased financing to the deficit on the current balance of payments, especially in the medium and long term, and increasing international reserves to acceptable levels.”

The texts of this expert say that the unification of the exchange rates would occur below the prevailing price in CADECA, something that would benefit the population. But that statement was made at a time when the economy of the island experienced a rapid growth between 2005 and 2008.

OnCuba reached Vidal days after the release of the news on initiation of the process of monetary unification, to ask him if he still thought possible that fusion of exchange rates occurred below the price of CADECA. He gave a terse reply: “I think it will be close to 24.”

The coincidences between the official note of the dual currency and Pavel Vidal texts indicate that the mystery of the end of the exchange and monetary duality lies more in a when and not how.

The steps of the schedule of unification have circulated for years in the texts published by various Cuban economists. Now it remains to see in what order they will happen and when, but not be surprising that, once again, Pavel Vidal is right and unification occurs as in previous articles.

Alvaro Torres: a romantic in love with Cuba

Almodóvar´s boys: passengers of the Festival