Part II: The “wakes the other way around” and their consequences

michaelbustamante1
in Nation and Migration
1 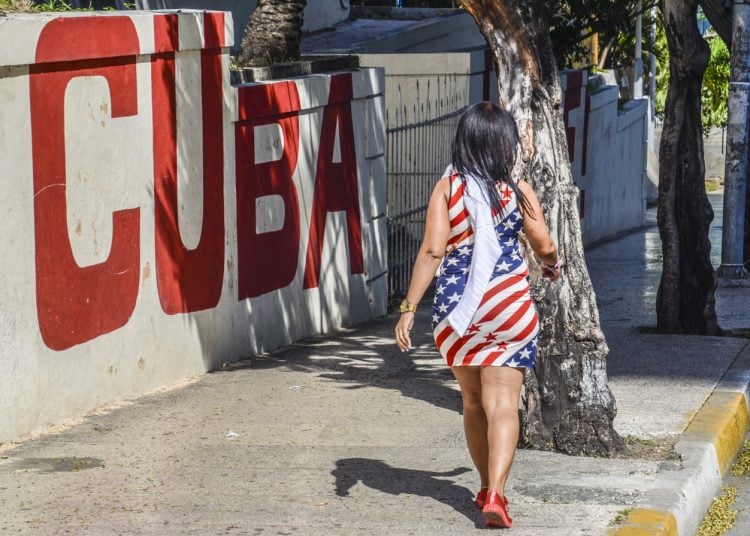 In a previous text, we described the rather logistical development of the 1979 “community visits” and some of the reactions they provoked. In these macrosocial elements of history, we identify the roots of several problems that still weigh on the relationship between the island and its nationals abroad.

It would be unfair to limit that historical account to the structure of the tourist packages used, or the exchange of goods that challenged the codes of the socialist material order and its egalitarianism in the 1970s. After all, not all the exiles who visited at that time bragged about their successful lives in the United States, because many did not. Not every Cuban on the island lost their sense of identity or political belonging just by contemplating a made in USA product made.

The significance of the moment was also at a personal and political level. The “community” exiles personified the past that the Revolution had supposedly left behind. At the same time, their memories of (and their nostalgia for) the last Cuba they had seen started coming into contact with memories among the islanders of the experiences they had lived under socialism, which many visitors hardly knew about. That’s why we must pay attention to the human side of their stories, better reflected in oral testimonies and quite absent in the scarce press coverage there was. The visits were so powerful not only because of the exchange of gifts, but also because they served to unearth (and not always heal) old wounds. It’s also not surprising that the exchange of ideas, stories and referents could break the prejudices that one side had of the other, and also inspire doubts about their present in both the visitor and the visited.

Take the case of Dora Amador and her cousin Luis Miguel Valdés. Both came from a middle-class family from the city of Pinar del Río. But it was also a family marked by political divisions. Both Dora’s father and Luis Miguel’s stepfather had been policemen under different governments of Fulgencio Batista. In 1962 Dora was sent to live in the United States with her father (who had already left the country), while Luis Miguel would stay in Cuba with his biological father, of leftist affiliations, and would become an artist integrated into the Revolution. With this family history background, it is understandable that, upon returning in her twenties, Dora had the feeling of having landed in a strange world, full of ghosts. While one night she was at the family home in Pinar del Río, a knock on the door of “the woman of the CDR (Committee for the Defense of the Revolution)” at one in the morning showed her, she says, the “face of the system.”

But the time Dora spent with her cousin Luis Miguel also gave her back a sense of cultural belonging that she missed in her life as an emigrant. She remembers with joy the afternoon she spent with him in Havana doing tourism and even considering the hypothetical possibility of returning to live in Cuba one day. However, she also remembers with regret the words her cousin dedicated to her on the back cover of a book, as if the value of her visit was conditioned by the possibility of her political rehabilitation. “Everything I do will be little to recover you for the Revolution,” said the dedication. Interestingly, Luis Miguel remembers the interaction in another, more skeptical way. Hearing her cousin dream of returning to live in Cuba, he says he snapped at her: “The day you run out of Maybelline (the American brand of mascara), your enthusiasm for coming back here will disappear, because it’s not easy here.”1

Other family reunions were not so full of stories of political division, but also represented a clash between two worlds. This was the experience of Mary Lynn Conejo, born in New York to Cuban parents who had emigrated to the United States in the late 1940s, but who used to visit Cuba every year with their daughter for the holidays, until 1960. Therefore, the arrival of the Revolution to power and the subsequent rupture of relations between Cuba and the United States did not really represent an ideological break for Mary Lynn and her family, but rather a barrier to keeping the family together. When Mary Lynn was finally able to climb the stairs that led to her aunt’s apartment on 158 Calle San Nicolás, between Ánimas and Virtudes, Centro Habana, she was received with the unconditional embrace of someone who had been an important part of her childhood. As immigrants from before 1959, Mary Lynn’s parents (who accompanied her on the visit) also did not come with the political or symbolic burden of having been considered “traitors” to the Revolution.

Even so, the visit raised concerns. On the one hand, Mary Lynn was impressed that her family in Cuba led a normal life in many ways—they worked and cared for loved ones—in contrast to her oversized image of life within a communist society. On the other hand, the mere presence of someone who lived a relatively comfortable life in New York, without frills, but without hardships, belied the stories that especially the youngest members of her family had heard all their lives, about the conditions of the working class in the neighboring country. “When children ask you about your life in the United States, I want you to tell them the truth. But I don’t want you to be praising the United States just for the sake of it,” her aunt told her, worried that an excess of enthusiasm by the kids could have consequences at school. Mary Lynn was pleased to respect that wish. But the size of the buffets at the hotel where she officially stayed, to which she took her family to eat a couple of times, probably did more than any of her words to encourage a possible questioning of the contradictions of Cuban socialism in its most “Soviet” period.2

Like these testimonials, there are thousands. Each one is particular in its details, but all show that the moment had singular importance for the visitor and the visited. Walking through the streets of the country where they were born, the emigrants and exiles turned tourists (and some of their descendants) immediately stood out because of their way of dressing, despite their attempts to go unnoticed. It was even said that they smelled different. Around the tables, in thousands of dining rooms, in thousands of homes, residents of the island participated in the reunion’s rites with their loved ones from other lands until the wee hours of the morning, a process that one interviewee described with a beautiful metaphor: “wakes the other way around.”3

To conclude, it is urgent to at least share some ideas about the consequences of these reunions. This, because in April 1980, 10,000 Cubans occupied the Peruvian embassy in Havana, and everyone, inside and outside the island, seemed to know what or who was to blame. The growing international scandal, a Havana man told a journalist from the Miami Herald, was “a consequence of the community visits to Cuba.”4 In the slogan “he’s leaving for a pitusa (jeans)!”, heard during the days of the “March of the Fighting People,” we also come across indirect evidence of that conclusion. We find an antecedent of that connection in the little-known story of Humberto Ortega, a 28-year-old Cuban who arrived in the United States in August 1979, as a stowaway on a Cubana de Aviación plane that was returning to Miami with exiles who had visited the island. 5

Hence, some have insisted that the true importance of the 1979 visits lies in the fact that they are the cause of another historical event: the exodus the following year of 125,000 Cubans through the port of Mariel.

Returning with gifts and, moreover, talking about their lives in the United States, the exiles, it is often said in Miami, “took the mask off Cuban socialism” or defied the official precepts of “the Revolution,” causing an explosion. Although it is true that the visits motivated many Cubans to question aspects of their past and present, that explanation is still too simplistic. It suggests that Mariel was primarily the result of a deliberate effort by exiles to undermine the Revolution from abroad, when in reality visits from Miami received more opposition than support.

This indicates that the relationship between the 1979 visits and the Mariel exodus requires further reflection. In any case, it is still necessary to examine the events of 1979 not only to find the key to what would come next. It is necessary, as I have tried here, to understand them for what they were at the time. They were an unprecedented setting in which the potentially beautiful of human reunification was complicated by its inevitable intersection with aspects from the past and living signs of a national history plagued by polarization.

Much water has passed under the bridge in the past 40 years. The transnationalization of cultural practices and references on both sides of the Straits of Florida is a notable fact, compared to the situation four decades ago.

But there are still echoes of those emotional reunions, often charged with difficult memories from 1979, when many Cuban emigrants returned to their country of origin to visit, especially after being absent due to political causes alien to them, or because of a long period. Delineating the possible terms of a lasting “reconciliation” is still difficult, or even illusory, for successive generations of Cubans and their emigrations.

I end, then, with one last testimony, which reflects how chimerical that goal remains, or that it must at least compel us to reject any superficial appeal to the concept. In 1977, Emilio Cueto was one of the first Cubans in post-revolutionary exile who obtained exceptional permission to visit his family, before the beginning of the “community visits” as such. It took him over four years of letters and telegrams to the Cuban embassy in Paris, where he resided and worked as a lawyer after arriving in the United States in the early 1960s, as part of Operation Pedro Pan. Upon landing in Havana from Madrid, logically his first wish was to see his mother. But just as important was seeing Raquel, a close friend of his mother, who had also been an essential support for him after the death of his father.

However, the visit never took place. After Emilio spoke to her on the phone and they made an appointment to meet, Raquel called him to cancel the plans. “I don’t want to see you,” she said. “You have made me remember who I was. The Rachel you knew no longer exists.”