More than a million Cubans (many more if their children are included) currently reside outside the country. It is important that significant and profound efforts be made to improve the climate of relations between Cubans from multiple shores.

emilio_cueto
in Nation and Migration
0 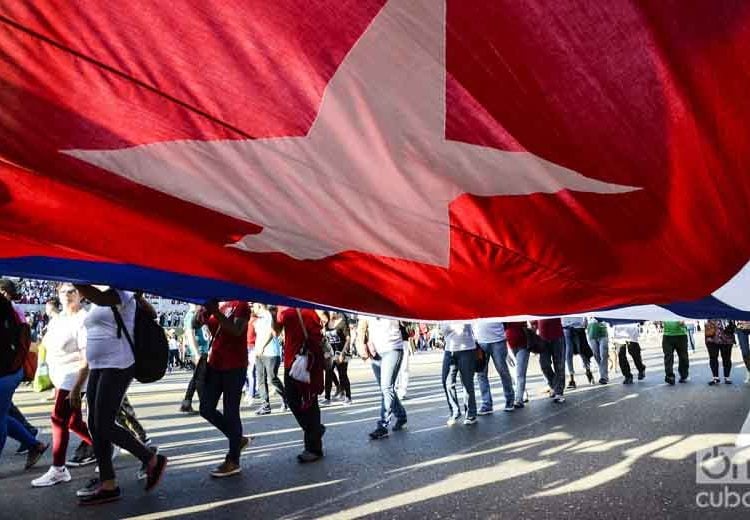 Cuba is, and always has been, its emigration. Cuba IS emigration. You can’t speak of Cuba without El Habanero and the Cartas a Elpidio by Félix Varela (1824-1826, 1835-1838), the Poesías by José María Heredia (1825), La Verdad by Gaspar Betancourt Cisneros (1848), Ideas sobre la incorporación de Cuba en los Estados-Unidos by José Antonio Saco (1849), the flag of the lone star of Narciso López and the Teurbe Tolón (1849), El Lute del Desterrado by Pedro Santacilia (1858), the expedition of the Perrit to Antilla, with Francisco Javier Cisneros, Antonio Bachiller Govín and Antonio Mora (1869), the New York Patriotic Board of Cubans (1870), the Key West San Carlos Club (1871), the Poesías by Juan Clemente Zenea (1872), El Emigrado, from New Orleans (1872), La República de Cuba by Antonio Zambrana (1873), the Diccionario biográfico by Francisco Calcagno (1878), Francisco by Anselmo Suárez Romero (1880), Cecilia Valdés by Cirilo Villaverde (1882), the first meeting between José Martí, Antonio Maceo and Máximo Gómez at the Hotel Griffou (1884), José Martí’s La Edad de Oro, Versos sencillos and Patria (1889, 1891, 1892), Hatuey by Francisco Sellén (1891), Emilio Agramonte’s arrangement of the National Anthem (1892), Cuba, from Tampa (1893), Cuba contra España by Enrique José Varona (1895), Cuba y la furia española by Manuel Sanguily (1895), and the Order for the Uprising of the War of Independence (1895). All of them, conceived in exile in the United States in the 19th century.

The following century saw compatriots arrive at the most remote places on the planet. More than a million Cubans (many more if their children are included) currently reside outside Cuba. Nor can Cuba be spoken of without them.

In this context, it is important that significant and profound efforts be made to improve the climate of relations between Cubans from multiple shores. With a view to a meeting about the Nation/Emigration called by the authorities in Havana, and postponed until further notice, I have considered it appropriate to share some observations on a matter of such importance and urgency.

I also believe that the more Cubans who have never returned can come into direct contact with their compatriots and, especially, with Cuban art, the easier it will be to appreciate live and direct daily life in Cuba, as well as the wide range of quality cultural events offered on the island. This, without a doubt, will allow them not only to enjoy the island’s talent, but also to better understand the complex reality of Cuba in 2020. If we don’t know each other, we don’t understand each other.

For all this, I believe that the Cuban government should facilitate and encourage the return of those who so desire, and for this I propose that the high cost (in time and money) of passports and entry permits be reduced and that they not be denied to any Cuban. Let’s not put additional obstacles in the way of what is already, for many who hesitate to travel, a difficult decision.

When emigres bring medicine, clothing, footwear, bedding, hygiene items, household appliances, tools and spare parts for vehicles for their insular family, they are not only contributing to the survival and well-being of a significant part of the population, rather, it creates the conditions so that the limited products distributed on the island reach the least favored. Those who already have aspirin, beans, shoes, sheets, detergent, light bulb, hammer, microwave and bicycle tires in their house simply wouldn’t stand on the store’s very long lines (with the consequent loss of productivity in the economy). The few products available would reach the people who most need them. The current Cuban tariffs do not protect the local industry and its workers from excessive competition, but rather penalize the emigrant and the resident alike.

It should be evident to all that the Cuban talent of the diaspora has not been recognized frequently enough in the most popular press (Bohemia, Granma and Juventud Rebelde), nor on the radio (Radio Reloj, Radio Encyclopedia) or television.

For example, Bohemia’s “Nuestros autores” section should open its space to regularly review writers who live abroad (who are also “ours,” of course). A program such as Amaury Pérez’s excellent “Con dos que se quieran,” should be created, where Cubans from abroad who return to Cuba are interviewed. Likewise, radio and television must broadcast the work of those who left, both the glories of the past (Celia Cruz, Fernando Albuerne, Olga Guillot, La Lupe, Meme Solís….), and that of the youngest artists.

Prensa Latina has correspondents in the United States. That coverage within Cuba of an endless number of academic and cultural activities related to Cuba be expanded, sponsored by our compatriots in universities, museums and other organizations such as the Florida International University (Miami), Cuban Heritage Collection, of the University of Miami, the Cuban Cultural Center and the Bildner Center (both in New York), and other institutions in Mexico and Spain, just to name a few. A simple web search will reveal a vast universe of Cubanness outside the island. The Cubans who live in Cuba have an interest in knowing them and the Cubans who live abroad that they be known.

Those of us who have left have been absent from the cultural spaces of the Homeland for too long. The Cuban government must redouble efforts to achieve the full integration of the cultural work of emigration into the Nation’s heritage, as well as its widest dissemination within the Island, attending only to the aesthetic quality of this immense and varied production and banishing any other criterion, especially the political one. It is time for us to be approached to our people where, when there is quality, we are seen, read and listened to en masse.

To this end, I also propose that the exchange and acquisition departments of the Cuba’s libraries be strengthened. Simultaneously, I urge my compatriots who live abroad to donate their books and records to them, especially to those in their municipalities and provinces of origin. Perhaps the cultural counselors of the Cuban Embassies in the various countries where they have representations can channel this fruitful exchange.

I urge those who attend the Conference to make similar proposals.

Why are these affected compatriots blamed for any reprehensible measure that the Cuban government may take towards the dissidents, or for the authorities in Havana supporting this or that regime? Are we going to blame all Saudis, Sudanese, Mauritanians and Egyptians for the way they treat their women and homosexuals there? Or all Hindus for the precarious situation of their Muslims? Or all Filipinos for the abuses committed in the “war on drugs”? Or all the Turks for the outrages against the Kurds? Or all the Russians for the annexation of Crimea and support for Syria? (in 2017, Senator Marco Rubio called Vladimir Putin a “war criminal”). Would any of us support the ban on traveling to Cairo, Riyadh, Delhi, Manila, Istanbul or Saint Petersburg?

The U.S. embargo against Cuba has been strongly condemned not only by almost all of the democratic and capitalist nations of the world, but also, among others, by all Cuban Catholic bishops since 1969, the Conference of U.S. Catholic Bishops and the last three Popes, none of whom we can seriously label as communists, ignorant of the Cuban reality, or useful fools.

Let us join our voices and votes to eliminate policies that not only add additional difficulties to the island’s population―and I mean our parents, brothers, children, relatives and friends, not strangers―but also create a climate of growing generalized hostility towards the United States, not only by the government, but by an increasingly significant part of the population.

I’m not saying at all that Cuba’s problems have their origin and cause in the embargo, but I’m saying that the measures of the northern neighbor considerably aggravate the hardships of those who cannot even “solve” their daily life on the island. A Citizen of both countries, as I am, I wish the greatest harmony between the two. Children of divorced parents know what I’m talking about.

Nor am I suggesting to anyone, of course, that they abandon the fight for Cuba to be a country where the established civil rights of true freedom of expression and of association are respected, or that we stop working for a more plural Nation and with greater political options, economic and educational, without harassment of the opposition and with an independent and flourishing civil society, as is the case of the vast majority of the countries of Our America and Europe. It is quite legitimate to aspire to all this. “Freedom is the right that every man has to be honest and to think and speak without hypocrisy,” Martí told us. “Our aspirations are broad, and all men fit in them, whatever their way of thinking and the judgment they make of things,” Maceo told us. But very early in life I learned from my Jesuit teachers that the end does not justify the means.

I know well that it’s not easy to put aside the great pain the Revolution caused us, but in moments like the present, we must also think about the pain of those who live there. Hopefully we can make our’s the prayer that Francis of Assisi left us several centuries ago:

“Lord, make me an instrument of your peace!

That where there is hatred, I put love;

where there is offense, I put forgiveness;

where there is discord, I put union;

where there is mistake, I put truth;

where there is doubt, I put faith;

where there is despair, I put hope;

where there is darkness, I put light;

where there is sadness, I put joy.”

Let’s look to the future. Marti’s dream of a Cuba “with all and for the good of all” has always eluded us. Forgetting the teachings of the Apostle and the most elementary principles of brotherhood and solidarity, throughout our history we have discriminated against “Indians,” blacks, Chinese, farmers, women, the disabled, provincials, believers, gays, dissenting, dissidents, exiles…. Our generation now has a new opportunity to pay off this old debt to Martí and to the Homeland. Let’s work.