“The offer requires further negotiations in the spring of 2021 on unpaid maturities, as well as the future payment scheme,” said a diplomat who spoke on request of anonymity. 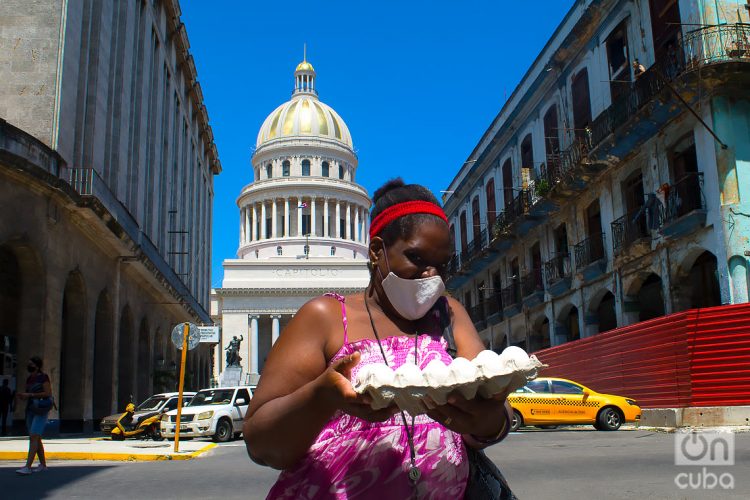 The Paris Club offered Cuba a moratorium to pay its debts contracted with that group’s member countries, according to diplomatic sources with knowledge of the negotiations, the Mexican daily La Jornada reported this weekend.

“The offer requires new negotiations in the spring of 2021 on unpaid maturities, as well as the future payment scheme,” said a diplomat who spoke on request of anonymity, quoted by the newspaper.

“They will also have to pay the fines for the money they owe,” said the source.

According to La Jornada, earlier this year Cuba had requested a two-year moratorium and exemption from penalties for late payments due to the coronavirus pandemic.

In 2015, the Paris Club wrote off 8.5 billion dollars of the 11.1 billion in foreign debt that the island defaulted on in 1986, plus additional charges to that amount.

Cuba’s agreement with the group’s member countries included the restructuring of the debt in annual installments until 2033 and whose interests were written off until 2020.

Cuba had to disburse around 80 million dollars last year, with which it paid the total debt with some of the group’s countries. The island’s biggest creditors are Spain, France and Japan, according to what diplomats told the Mexican newspaper.

In mid-February, the Cuban government promised, through an official letter to the president of the Paris Club, that it would pay its 2019 debts to that group’s member countries no later than May, according to a dispatch from the Prensa Latina news agency.

The countries affected by the defaults are Austria, Belgium, the United Kingdom, Japan, France and Spain, to which the island had to repay between 32 and 33 million euros, out of a total of 82 million owed to the 14 creditors of that group in 2019, according to AFP.

Cuba last reported its foreign debt in 2016, which amounted to 18.2 billion dollars, although experts maintain that it has increased significantly since then.

Only with Spain, the island’s debt exceeds 1.97 billion euros, the Spanish government revealed in early June in a parliamentary response to the Vox party, Europa Press reported.

The Spanish government recently released these data, in response to a question from Vox, which wanted to know if the executive intends to write off the debt of Iberian-American countries as requested by former President José Luis Rodríguez Zapatero.

The Cuban economy, already hit by the embargo and the new U.S. sanctions, the crisis of its ally Venezuela and its domestic inefficiency, has also blamed the impact of the coronavirus pandemic, especially in key sectors such as tourism, and consequently, a drop in its GDP is expected.

To try to alleviate this situation, the Cuban government has readjusted its economic plan and has insisted on reducing imports and promoting domestic production, although it remains to be seen what participation the private sector will have in this endeavor and how much more it could integrate with the island’s majority state-run sector.