This analysis invites us to be more skeptical about the possibility or currentness of a “political-ideological transition” in the Cuban and Cuban-American community in Miami.

elaineacosta
in Nation and Migration
0 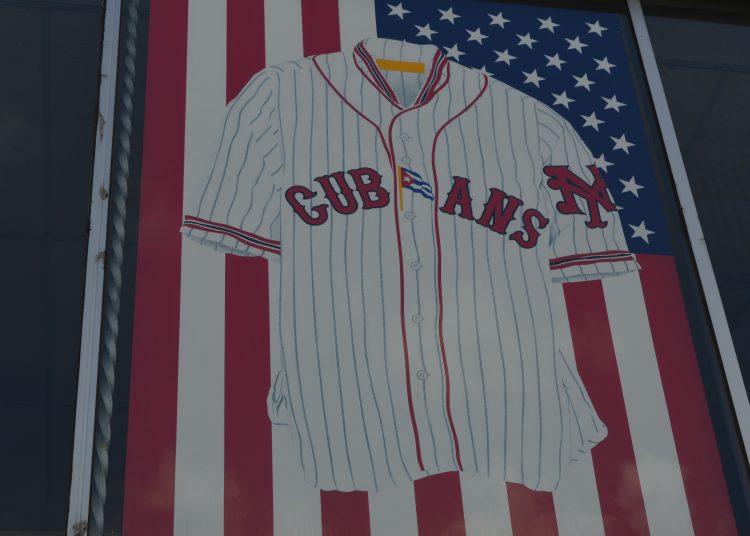 The results of successive FIU Cuba Poll surveys―conducted since 1991―have suggested that the “new Cuban migration” is helping to boost a progressive “political-ideological transition” in the Cuban community in the United States. According to the most recent data (2018), the Cuban community in South Florida is more plural today in terms of its political preferences, its positions on U.S. policy towards Cuba, as well as its relations with the island (travel, remittances, investments, etc.).

In the first part of this reflection, we have seen how, in effect, it is a large emigration, but more diverse in terms of its sociodemographic composition, migratory dynamics (transnationalization, circularity and incipient return) and motivations. The political substratum endures, even if it is presented in an intermingled or resignified way through the family, as a unifying referent.

This time, we will delve into the opinions emanating from the group discussions we held with Cubans belonging to the most recent waves (post 1995) arriving in Miami, interviewed for a study carried out in September 2019, regarding three points:1 the views on themselves and the different migratory waves of Cubans, political participation and Cuba-United States relations.

It’s worth clarifying that this analysis refers to the participants’ perceptions, their stories of meanings and significances about their migrant experience and social, political and economic integration in Miami. We tried to understand the point of view of those who belong to these “new waves,” knowing that the perceptions don’t always coincide with their specific actions or the statistics on the reality under study. However, the challenge lies in considering that these perceptions are also builders and shapers of social reality and have the ability to mobilize subjects, regardless of their veracity.

The tendency to differentiate between waves of Cuban migrants is not new. Migrants from the last 25 years, including the most recent ones, don’t see their community as monolithic.

They recognize a pattern, “the search for economic, political and expression freedom,” but this desire is not always manifested in a coherent way with actions, especially in the most recent waves. A consensus emerges from the talks in the recognition of differences and divisions between the migratory waves of Cubans to the United States.

The differences are located especially between the most recent waves and the so-called “historical exile” (1959-1973), but without making specific distinctions between the different stages of migration after the triumph of the Revolution.2

There is recognition and a social debt to these generations and the political representatives that have resulted from them, as they would have provided Cubans of the recent waves with a set of privileges that other migratory groups don’t have in the United States. “We are here thanks to them,” they admit.

Those generations are represented as bearers of a clearer political definition. Some voices emerge that associate them with conservative political ideology and political loyalty to the Republican Party.

The general perception that exists towards the post-1995 waves is negative, both because of the personal and cultural characteristics attributed to them and because of their insertion strategies in U.S. society.

“Newcomers”—a category once again vague in popular usage—are perceived to be politically indoctrinated, but lacking in political knowledge and culture. They are blamed for a moral relativizing in their ways of thinking and proceeding, what the participants call “having no values ​​or principles.”

They are assigned a set of negative attitudinal attributes about work. They are considered less hard-working and committed to work, while they are accused of taking advantage of the system of aid and benefits they receive for being Cuban immigrants.

What is striking, again, is that this discourse is present among some who have been accused of the same evils, who also arrived a short time ago and participate significantly in the transnational networks that connect the island with its diaspora.

The sum of these behaviors and attitudes supports the negative image that is shared in the groups about the Cuban “new migration” in the United States, responsible for the loss of privileges acquired by previous generations for Cubans. “Here, before, saying Cuban was a more respected thing, now we are on the same level as everyone else.”

The same pattern that Portes and Puhrmann3 identify in the oldest and best established exiles towards the Mariel and subsequent waves seems to repeat itself. For them, newcomers were different: “Raised under the Revolution, they lacked work ethics and the principled anti-communist political stance of their predecessors. They couldn’t be trusted.”

Political participation: between the “media bubble,” the deficit of democratic political culture and concern for social issues

The lack of motivation or disinterest in politics experienced by the “new migrants”—especially at the beginning of their experiences in Miami—is attributable in part to a trait of world politics and, at the same time, to a particularity of the type of political socialization experienced in Cuba.

The negative effects of a highly politicized system (“we come from a political country”) and the saturation that this entails (“we don’t want to hear anymore of politics”) add to the deficit of knowledge about the system and the political parties in the United States, as well as on their local representatives. This translates into apathy or low political participation. Despite this attitude they bring from the past, they recognize the importance of politics and voting for social integration and political advocacy in the host country.

The information channels used to fill this deficit of sociopolitical knowledge are mainly local media in Spanish, with an increasing importance of social networks.

The most mentioned opinion leader is influencer Alex Otaola, with his program Hola Ota-Ola. Although he receives diverse opinions, most of the interviewees know him or follow him. In the opinions it can be interpreted that with his program (and campaigns) he is mobilizing the political opinion of a considerable group of the recent migratory waves of Cubans in Miami.

In political terms, he is even recognized as having an “educational” role, to the extent that it is perceived that he motivates them to “talk about politics.” Others consider that, at times, he is taking extremist positions, when he proposes campaigns that may affect families in Cuba (such as the so-called boycott of remittances to the Island in January, known as “the dead stop”).

Discursive political preferences towards political parties in the United States are divided, with a slight primacy of the criterion of political independence, as demanded by the current opportunity of the electoral call in question.

Still, most do not explicitly identify verbally with a particular party. Others declare that they change their partisan identity with certain frequency, while the least declare themselves loyal to a party, regardless of proposals or current actions. In this last situation, there are those who declare themselves Republicans and declare having had more explicit political motivations to migrate.

Finally, it’s worth mentioning the emergence of social issues as one of the main concerns expressed in the talks. Health stands out as the most pressing issue. Second, the cost and quality of life, in relation to employment. Within the social agenda, pensions, care for the elderly, the environment and gun control are also mentioned.

Cuba-U.S. relations is a source of concern for the majority consulted, due to the repercussions that the measures taken by the U.S. government may have on the families that remain on the island.

Opinions about the U.S. policy towards Cuba are highly contradictory, and sometimes seem to go against the expressed concern for families.

On the one hand, just as the FIU Cuba Poll has been showing, opinions show consensus on the ineffectiveness of the embargo. Several interviewees suggest its elimination as a plausible strategy to rule out the justification for the Cuban government’s immobility, which would allow evidence of its responsibility in the current situation in Cuba.

On the other hand, there are those who support the measures by the Trump administration to strengthen sanctions, even when these―such as the restriction of flights and remittances―end up affecting their families. The idea that the sanctions are justified by Cuban support for the Nicolás Maduro government in Venezuela, receives considerable support.

In short, the increase in policies and measures containing sanctions against the Cuban government receives a favorable majority opinion, although with nuances according to the groups.

Those who are citizens―who, as a rule, have been in the U.S. longer―are more in favor of strengthening policies, whatever the cost, as a way to weaken the Cuban government and push for regime change (without questioning or arguing why they would be effective this time, compared to previous occasions). Residents moderate these comments, emphasizing that the strengthening of measures affects families, not the government.

Meanwhile, the more recent arrivals raise a clear disagreement with the increase in sanctions against the Cuban government, arguing that they always end up affecting the people.

However, many of those who benefited from it ironically criticize its use and effect as an “escape valve.” In this regard, many suggest that the requirements for obtaining and maintaining asylum status should be reviewed and considered, showing a lack of understanding that the Adjustment Act does not actually grant “asylum” as such. They also allege that returning to Cuba too often is an “abuse.”

Likewise, opinions on the elimination of the “wet foot/dry foot” policy are divided, but there is consensus that it was a benefit that was being misused by many of the more recently arrived Cubans, who “claimed not to come because of political problems.”

In any case, the majority advocates greater clarity in U.S. policy towards Cuba, eliminating ambivalent treatment, either towards a total strengthening of the sanctions or towards their complete elimination. There is also a consensus that the responsibility that the different U.S. administrations may have for the situation in Cuba is less than, as a whole, the Cuban government itself has.

To conclude, the results of this preliminary study, although tentative, invite us to be more skeptical about the possibility or currentness of a “political-ideological transition” in the Cuban and Cuban-American community in Miami.

Although a greater diversity of political criteria is perceived, compared to previous migrations of Cubans, the participants’ discourses suggest that this is not a linear process. Furthermore, the differences between citizens, residents and newcomers seem to support the thesis that, the longer Cuban migrants spend in Miami, the more the hegemonic discourse regarding policy towards Cuba (support for more sanctions) and the sociopolitical vision more related to the Republicans regarding domestic issues is imposed.