Reflecting on the current nature of these relations, and exchanging observations that contribute to characterizing them, also makes it possible to analyze some different lessons from that other socialism. 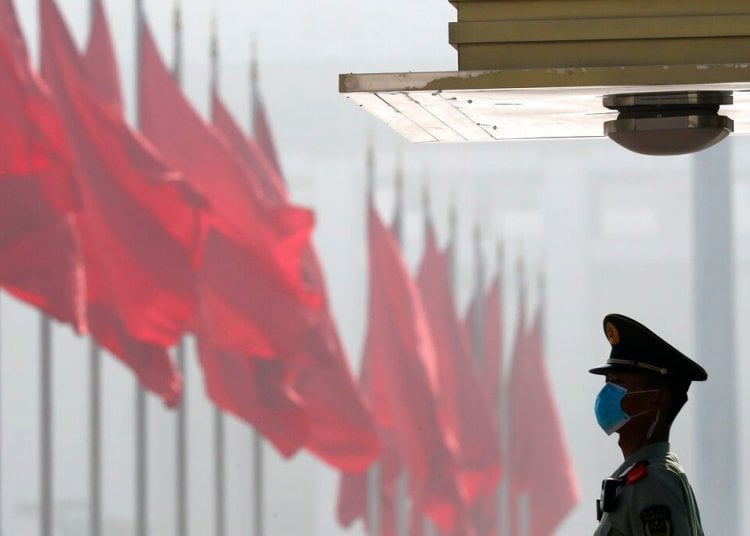 When I first stood in a classroom of Chinese students, enrolled in my seminar on Comparative Socialist Transitions, I was amazed at their age and the range of their careers. In the middle of the suffocating Beijing summer, that class at Renmin University was full, with young people between 18 and 21 years old, coming not only from Marxism, History and Politics, but from Administration, Finance, Environment, Languages, Pedagogy, Urban Planning, Business, Literature, all very interested in learning from Cuba and Vietnam. Hearing them discuss what socialism is, the history of their revolution, the Reform and Opening policies, the role of the Party, the lights and shadows of transition, was a very special opportunity to look closely at the complex fabric of current Chinese society, and having glimpse of the tips of certain problems difficult to perceive from afar.

Almost everything we read about Chinese (or Vietnamese) socialism is economistic, superficial, or ethnocentric. By that of ethnocentric I mean that it transplants and judges from our codes, essentially western, those other traditional societies, which have specific development problems, social relations, centuries-old histories, mentalities, that is, particular ancestral cultures. Almost everything we read ends in a futile exercise of ideological “acclamation” or “disapproval,” which calls Confucianism “pragmatism”; a policy expressly aimed at modernizing a rather pre-capitalist society in many regions a “return to capitalism”; a political regime and an economic and ideological order that recovers (Confucianly) the sense of political efficacy and the values ​​of Marxist socialism (not Keynesian capitalism) “State capitalism”; a socialism with Chinese characteristics that maintains the preponderant power of the State and its dense network of powers and regulations “mercantile liberalization” and “privatization.”

It is paradoxical that some socialists who defend the path taken by Cuba dislike the one chosen by the Chinese; or that those who defend a socialism with a market, joint economy and an efficient public sector in the particular context of the island, find no other way to do it than to appeal to the demonstrative power of the Chinese and Vietnamese reforms. Paradoxical, yes, because, way down, these two positions are closer than they seem in their linear logic: socialism has a registered trademark, and the only way not to fall into falsifications is to rely on a verifiable series of tests, that show their effectiveness across the seas.

Emphasizing that Cuban-Chinese relations have not responded, neither before nor now, to sharing the same model of socialism, or that their reunion in the post-cold war era is not based on the same type of agreements that marked Cuba’s relations with the Council for Mutual Economic Assistance (CMEA) and with the USSR is a bit like discovering warm water. Reflecting on the current nature of these relations, and exchanging observations that contribute to characterizing them, also makes it possible to analyze some different lessons from that other socialism. I start here by understanding that the simple projection of an ideological brotherhood between socialist revolutions (the Russian of 1919, the Chinese of 1949, the Cuban of 1959) does not explain too much the architecture of Cuba’s alliances with the People’s Republic of China (PRC) or with the Russian Federation, right now or in the near future. So I will not consider our relations with these other States as those that bind people, based on feelings or having gone through “the same” events, but on having lucidly agreed on their disagreements, and recognized their differences, in order to be able carefully identify certain shared interests and values.

An economic and cooperative relationship, more than commercial

Cuba sells 27% of its exports to China. In this context, the PRC has occupied the first or second place in recent years, in areas such as sugar, nickel, and other primary products. As most Cubans know, China supplies Cuba with household appliances and other durable goods, as well as a myriad of other consumer products. Just enter a store that sells in any currency (MLC, CUC, CUP) to confirm it. But this external glimpse reveals little about the significance and dynamics of our relations.

First of all, it would be necessary to think of bilateral trade as part of the changing international context that has preceded the COVID-19 crisis, and ask what its additional effect will be on all our suppliers: Venezuela, China, Spain, Mexico, Brazil, Russia. To the extent that the pandemic has greatly affected some, the position of the PRC as a leader among these providers could be strengthened, as well as its discreet current profile among foreign investors being relatively increased.

A macro static examination would not reveal per se the qualitative change in the rapprochement between the two countries, especially in strategic dimensions of the so-called economic relations. If it is true that, in quantitative terms, its place as recipient of the main services the island exports―medical care, tourism―is not relevant, cooperation in areas of high added value has continued to advance.

A quick look at the relations between the two countries in areas such as higher education or the development of artificial intelligence reveals fields in which both parties seem to have already identified common, unconventional interests. For example, some agreed projects include the construction and development of hospital centers where the well-known Cuban medical capacity and the remarkable advances in cybernetics in the Asian country come together. This cooperation involves not only institutions centered in Havana and Beijing, but others such as the Hebei University of International Studies, the medical universities of Camagüey, Holguín, the Latin American School of Medicine and the National School of Public Health.

As is known, among the accelerating effects of the pandemic is the decision of the Chinese-Cuban joint venture ChangHeber, in Jilin province, to start the mass production of the Cuban antiviral recombinant Interferon alfa 2B (IFNrec), chosen by China together with 30 other medications to treat COVID patients. As is the case with other inventions of the Cuban biomedical industry, this one already integrated the arsenal of Cuban drugs, especially aimed at stimulating the autoimmune system, to face HIV, human papilloma, hepatitis types B and C.

Between 2016 and 2020, successive Sino-Cuban joint ventures based on biotechnological innovation, and aimed at producing a variety of high value-added drugs (such as Nimotuzumab-R3, to treat brain tumors), had already multiplied the field of cooperation.

Other examples of qualitative change are less spectacular, but also strategically significant, as in public transportation.

Ordinary Cubans identify the Yutong brand with the great leap that has allowed, for the first time in 60 years, to organize and regularize the service of interprovincial buses.

In the modernization of the Cuban railways, intact since 1975, the Chinese collaboration has promised more than 200 cars and locomotives, a part of which started operating in the summer of 2019, both for passengers and for cargo transportation in sectors such as sugar, cement and other products.

A side note of Cuban policy in this strategic sector, however, is that it seems to be careful about putting all the eggs in one basket. Indeed, the other part of the railway supply for the island comes from the Russian Federation, with which not only a hundred freight cars have been contracted, but most especially the restoration of the most important train route in the country, the so-called central line, described as “the flagship project of both nations’ relations.”

Advances in cooperation in the area of ​​electronic media and tourism are showing progress, although they also reveal deficits on the Cuban side.

The cooperation in television and radio that started in 2013 allowed the introduction of digital television, through credit and technical assistance from Beijing.

However, beyond the timid exchange of canned programs, the cultural and informational impact of this collaboration in the electronic media on both sides remains very limited, and in particular, little used in the Cuban television factory. The main distance between CGTN, the Chinese international network whose growth exceeds that of CNN, FOX, BBC or Russia Today, is not only the powerful infrastructure that supports it in the global extension of its programming (Africa and Latin America included), but the communicative intelligence that it incorporates. International commentators on its news shows have nothing to envy the best in the world. In the midst of critical situations for the country, such as the massive demonstrations in Hong Kong during the summer of 2019, this programming, lacking rhetoric and an exhortative tone, was characterized by its ability to inform and argue with non-believers.

In the other sector that drives the Cuban economy, tourism, the recent agreement with the Chinese tour operator Ctrip expects that 5,000 Chinese tourists (in 2019 it was only 2,500) will choose Cuba, among all the Caribbean beaches, for their vacations.

In line with Chinese lessons for Cuban services, the tourism policy could learn to redesign its “domestic market.” The massive lines to enter the Forbidden City in Tiananmen Square and the tomb where the terracotta warriors guard the Emperor Qin, in the city of Xi’an, are made up mostly of Chinese from China. A first lesson involves valuing national history, including that of their revolution, as the main part of its “offer.” Another is that, when looking at the faces of these tourists and how they are dressed, one realizes that the vast majority are not wealthy businesspeople, or newcomers from San Francisco, but all kinds of people, including farmers, from the most remote provinces, who are offered massive access programs. Nothing is free, although it is clear that the elderly and the students pay much less.

Other Chinese economic and political lessons deserve to be considered in the treatment of various Cuban issues. In particular, some strategies, such as those derived from relations between the PRC and the U.S., and their significance in our new Cuba-Russia-U.S. and Cuba-China-U.S. geopolitical triangles, almost always ignored in our relations with the North. Also relevant is the examination of the relations of the PRC and Vietnam with its “overseas nationals,” as beneficial experiences for a new Cuban policy towards its emigration. Both would naturally deserve a separate analysis.

In closing, I return to my Chinese students. Among the class exercises, they were very interested in one dedicated to the 1960s, based on the discussion of Memories of Underdevelopment, and a questionnaire about the transition to the primary model of socialism. It was about comparing Cuban and Chinese societies in this process of change, their problems and contradictions. After a fascinating debate, and listening to their different readings on Tomás Gutiérrez Alea’s film, one of them asked me a question that remained floating in the air at the end of our class: “Was that film really able to be shown in Cuba in those years?” Here’s another lesson for our repertoire.