To think of emigration as one of the country’s strong points, to look for ways to harness that human potential in a better way, is also to think as a country. 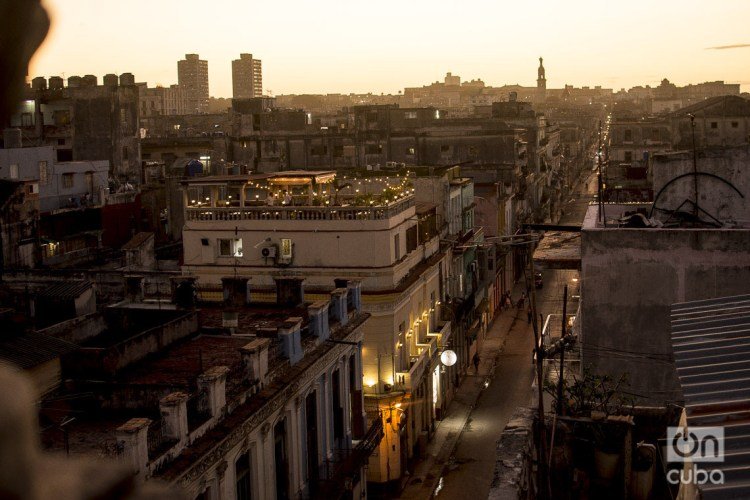 While one of Los Van Van songs fills the premises, a professional Cuban dancer, who emigrated several years ago [1] to Warsaw, shows Polish women and men the elementary steps to follow Formell’s music. She started these classes with a dozen “students” as a resource to survive in a country she barely knew, minus the language. Today she has more than 4,000 students, many have learned Cuban-style Spanish and many others have traveled to the island to learn about the in situ origin of the music and dance they like so much.

In Warsaw, in the middle of winter, she spreads our culture, ways of speaking “Spanish,” customs and places of her homeland. It is perhaps one of the best promotion actions: face to face, word of mouth, body to body, because this is what dance demands. Thanks to these skills, she also manages to earn income, a part of which she sends to Cuba, to “help” her parents and for her little sister to realize her dreams of being a lawyer, and saves a little every month because she aspires to have her own business in her homeland

As a worldwide phenomenon that marks this era, mass migration became a pandemic and individual right, as well as an economic resource for many countries. In Cuba, emigration, by virtue of time that can do everything, of the changes here “inside” and there “outside,” of the generational step, of the urgent economic need of families and the country, of the individual desire to find better options or the family design of survival, the increased glare of the “foreign” or the repeated disappointment of failed attempts to “get ahead” on the island, has become from an exceptional event politically marked, to a daily and normal event that even without losing that heartbreaking halo has ceased to be terribly tragic. [2]

There are Cuban emigrants in every corner of the world, from Alaska to Patagonia, from the east coast of the United States to the land of the rising sun. Neither the impressive Russian Siberia, nor the warm and always mythical islands of the Indian Ocean, escape from us, although most of the Cuban emigrants are probably concentrated in just about three to four countries; United States, Spain and probably Mexico. [3]

But without a doubt, emigration and remittances go hand in hand, in the world and in Cuba. Global remittance flows are increasing and their role in the economies of some countries is decisive, not only because of their absolute amount, but also because of their weight in external income and their dynamic role in domestic demand and investment. [4]

Also in Cuba that role of remittances is significant. If it is assumed that remittances reach an amount between 2 and 3 billion dollars, let’s say 2.5 billion, then remittances are compared with profit in relation to total exports in 2018, which amounted to 2,372,779,000 dollars. If that amount of remittances is converted to Cuban pesos at the CADECA exchange rate (24 Cuban pesos for 1 dollar), it reaches 60 billion Cuban pesos.

If compared with the actual final consumption of households that for 2018 was 77.881 billion Cuban pesos, then remittances would mean 77% of that consumption. When comparing the total salary earned by the workforce, [5] which was around 41,776,600,000 Cuban pesos, then remittances would represent 143% of the salary earned in 2018.

If it is assumed that between 25 and 30% of these flows is dedicated to investment in private businesses, let’s say 25%, then about an annual 625 million dollars are invested year after year from remittances, compared to the committed amounts of foreign investment, about 1.6 billion [6] per year of remittances are 40% of that total. [7]

In short, whether due to its weight in consumption, in wages, or because of its weight in investment, remittances are of great importance to the national economy, which, without doubt, has been the main reason that the Rubio-Trump duet are doing the impossible to limit and hinder their flows to Cuba. This phenomenon is not exclusive to Cuba. In many other countries, remittances are also decisive in the dynamics of their economies.

It is also for that reason that it is very important for Cuba to maintain and increase remittance flows, from all parts of the world. This will depend on the incentives that the Cuban government generates in relation to that purpose.

The restrictions imposed by the U.S. government that sanctions any operation in dollars made by Cuba or that is related to any Cuban entity, up to the Trump administration’s limitation of the amount of remittances to be sent, are perhaps the greatest disincentives for the entry of dollars to the country. Little can be done along that path.

That same reason is the one that forces us to think about how much can be done from Cuba to balance this flow. The opening to the small private businesses sector has undoubtedly been one of the great incentives to send remittances to the country, as well as the opening of a “dollar market” for the purchase of consumer goods. But there’s still a lot to be done.

In my opinion, lowering the prices of the Cuban passport (more than 800 dollars for a passport valid for six years in the case of Cubans residing in the United States, which makes it the most expensive passport in the world), would be a measure that would encourage trips to the island and would be very well-received by the vast majority of Cubans living abroad and their families.

Another important measure would be to create mechanisms, instruments, entities that allow a better use of remittances and, above all, that amplify their impact for the benefit of all Cubans.

The creation of investment funds with specific destinations [8] (housing, for example); the securitization of remittances, [9] the creation of micro-credit institutions to encourage investments in small industries, would be other necessary measures. Undoubtedly, any of them is a great challenge in the financial and also in the political order.

But emigration, at least in Cuba’s case, is much more than remittances. An important part of the Cuban emigration of the last 30 years, I would say that a decisive part of it, is economic emigration.

A part of that emigration has managed to position itself in their respective countries of residence. Some of them have become successful entrepreneurs and others have become skillful and well-connected executives in their respective business fields. A great deal of all of them recognize that the training received in Cuba is an essential component of their success. Many have publicly expressed to the Cuban authorities their interest in investing or establishing some kind of trade relationship with Cuba, but I don’t think that many have succeeded. In general, it is much easier for a foreign businessperson to achieve a business in Cuba, whether commercial or investment, than for an emigrated Cuban.

To think of emigration as one of the country’s strong points, to look for ways to harness that human potential in a better way, is also to think as a country.

[1] “A population that bears specific qualities that allow it to make the decision to change their geographical, economic, social, family in particular, and even political scenario is mentioned when referring to the phenomenon of migrants. There is another that is displaced by environmental phenomena, wars and ideologies, among other factors,” Antonio Aja Díaz et al.: “La migración internacional de cubanos. Escenarios actuales,” in Novedades en población, no. 26, vol. 13, Havana, Jul.-Dec. 2017

[2] Virtually all emigration after January 2013 assumes a “temporary” character, insofar as it does not lose its rights in the country and can return when it wishes, if it complies with the rules established for that purpose, which conforms to the international practice regarding the rights of migrants. Ibid.

[4] In our region of Latin America, the case of El Salvador and that of Mexico are highly illustrative.

[5] Estimated on the basis of the average monthly salary, reported in the Cuban Statistical Yearbook 2018, which was 777 Cuban pesos and the number of employed persons that was 4,482.700.

[6] José Luis Rodríguez estimates that between 2014 and 2019 foreign investment agreements have been signed for 8 billion, which makes about 1.6 billion/year in FDI.

[7] Macro comparisons are just that. In reality, the final impact of remittances on the growth of the economy is far from its real potential because the atomization of these amounts and the benefits among the recipients limits their real effect on the global economy of the country.

[8] Mexico’s experience with the project Facilitating the access of remittance recipients to housing financing, is an example.

[9] This is the issuance of securities backed by remittance collection.