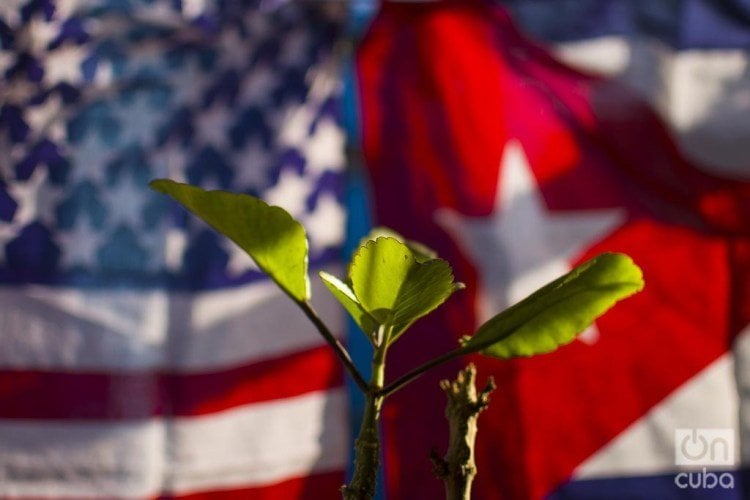 If President Donald Trump asked me for my opinion on how to ease the pain of the Cuban family, I would talk to him. If the Cuban government invited me to talk about that topic, I would also dialogue.

I know this could bother some brothers and sisters in and out of Cuba. If so, I’m sorry, but I have no choice, I’m a man of peace. I believe that the problems between peoples and governments must be resolved through dialogue and that violence and pain should never be the alternatives.

My life experience makes me think like that. I confess that I don’t go to church much, but I try that the things that I do, or that I say, are guided by the sacred teachings that my mother instilled in me. My old lady was a saint. She said: “Son, where there is pain you must bring relief, and where there is resentment you must impose forgiveness.”

I had been hearing that from my mother for as long as I can remember. As a child, I thought she had invented those phrases. Later I discovered that what that noble woman expressed was the preaching of love of all the religions of the world. My mother went to church on Sundays, but was a living gospel every day of the week.

I feel that Cuba and the United States are also my mother and father. I lived half of my life on the island and the other half in the United States. In both countries I have family and human ties that make me happy with my brothers’ and sisters’ joys and make me sad with the sufferings of Cuban families, wherever they may be.

My divorced parents (Cuba and the United States) have been fighting for too long. But I don’t resign myself to that. As a child in Cuba, I learned to walk, babbled my first words and played with those childhood friends. There I fell in love for the first time. Years later, under the same sky, I learned about pain and ostracism when I had to purge a year of confinement in a Cuban jail.

In the United States, I also found love and also spent a year in difficult conditions: I participated in the war in Iraq, serving as a military paramedic and trying to save the lives of wounded American soldiers. I closed the eyes of some of those young men in a last goodbye.

I deeply love those over there and those over here. I know the horrors of war and I would never wish it as an alternative for anyone, much less for my two homelands.

For all the aforementioned, as a clamoring son, I feel I have the right and the duty to express my opinion today.

When, in an effort to intensify the embargo, the U.S. government cancels flight routes to hinder family contacts and makes it difficult to send aid and remittances, I cannot agree.

I cannot support these restrictions because they seek to create more need and hardship for my family here and there.

Nor can I remain indifferent to the growing aggressive rhetoric that exacerbates the confrontation between the two countries. I have seen war, blood, destruction and death. I know what I am talking about and no policy that is in fashion will make me perceive this in any other way, nor make me shut up.

On the other hand, the Cuban government also imposes restrictions. These are not reduced only to the burdensome cost of passports that, in practice, limits the fluid contact of emigrants with their nation. The prohibitions that prevent the entry into Cuba of Cuban professionals who abandoned a work mission (doctors or others) and decided to stay in another country, should be reviewed and discontinued.

These impediments not only punish those professionals but also family members who live on the island―parents, children, grandparents― and are prevented from having a harmonious relationship with their loved ones wherever they are.

Here and there, political considerations must give way to human considerations. Building loving and inclusive nations requires bridges, not walls! And heaven forbid that I hurt those childhood friends who shared their toys with me. The same for those who left or those who stayed!