Producing agricultural products is, without a doubt, the great emergency. Producing grains for animal feed is also an emergency...at any cost? 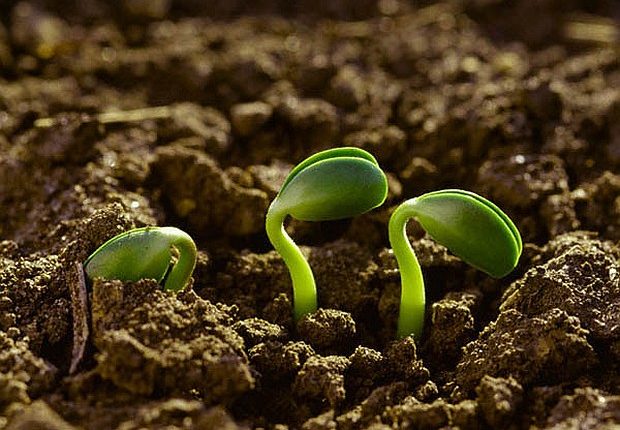 The production, distribution, marketing and sale of agricultural products monopolizes the attention of almost everyone in our country. Of course it is, it takes up a great deal of our day, of our mind and it also empties a good part of the pocket

Consequently, in recent weeks several documents on this problem have been made public. They, with their differences, contribute to the understanding and possible solutions of this matter that has accompanied us for so many decades.

Since July, the Council of Minister approved the National Plan for Food Sovereignty and Nutritional Security, one of its priority objectives being: “to facilitate the organization of local, sovereign and sustainable food systems that integrate the production, transformation, marketing and consumption of food and which must produce decisive synergies with territorial development strategies,” something, without a doubt, strategic for our country.

A recent feature article highlighted the deep crisis in our livestock sector and the alarming number of dead cattle in these first months of the year. Too much food wasted. Animal food is one of our great weaknesses. In Cuba there is a whole debate on how to guarantee animal feed, which agrees that importing cannot continue to be the fundamental resource.

There are other opinions, which are not scientific or journalistic articles, but opinions of people who have dedicated their lives to agriculture. Following, I reproduce what one of those people, a farmer named Casimiro, said.

Casimiro is a farmer whom I got to know when I got one of his many videos where he gives his opinions on the problems of Cuban agriculture. I met him personally one afternoon in which (as happens very rarely) he left his lands, the Finca del Medio over there in Sancti Spíritus. I asked him for permission to reproduce verbatim his comment about this dilemma between production based on GMOs and that other one that he defends, agroecology.

According to expectations, we might think that during the last 20 years a miracle solution for animal feed has been painstakingly prepared that was ready at the exact moment.

If that were the case, everything could even be justified. All the money spent in investigations; despite the fact that this proposal offers the most prosperous farmers with the best lands to do so and with a technological package, which was not done not even in the best of times. But it’s what is going to bring abundance of feed so that meat, eggs, fish and even shrimp may, at last, like a piece of cake, will result in food.

As the solution is so promising, in a cost-benefit analysis, the agroecological dignity that Cuba proposed to the world, overcoming all the adversities of collapse, blockade, what the International farmer way says, doesn’t matter. More than 20 years of agroecological movement boils down to nothing because it had no scientists to support it, no decision makers, or any bank. It would be like saying, in this war, the die was cast from the beginning.

In order not to extend myself, the question is another. Cuba, due to its geographical condition, its climate, its soils and its budgets, can’t afford producing cheaper animal feed than that which can be bought subsidized by rich countries.

Nor will it be possible. In our countries, honestly, the only food that can be given to pigs is the residuals from milling, dairy products such as whey, leftovers from hotels and restaurants, the other is a luxury.

Small farmers, who produce 80% of Cuban food, are praying for a suitable technological package of minerals to add to cassava, sweet potatoes, corn, and beans. Those who grow tobacco, which is worth a thousand times more than corn, live begging for that increasingly reduced and late package, with all the arguments for a miracle that something arrives.

Let us put that blessed corn on an equal footing in order to be able to assess well its benefits. Without any chemical like the other to see if the foundations of dependency and debts are not being laid again for time immemorial.

No, friends, what’s missing in Cuba are a million prosperous and happy small farmers for true food sovereignty, on the other hand it is known very well what was achieved and how much of that current generations and those to come will have to pay.

Those who insisted on defending agroecology, the small farmers who could do it, were left like those people who fight with the neighbors over the kids or those who get in the middle of husband and wife fights.

Agroecology, since the transgenic story began, was the biggest obstacle. Little by little, since 2009 I believe, an environment of discredit was created that those who claimed to defend it accepted and even those who didn’t support it were removed. When everyone believed that the pandemic had served on silver platter the making of a definitive decision towards true food sovereignty, the best of all formulas to sow the guidelines of eternal dependence appeared as a proposal, this was the last opportunity to make Cuba the first poor country, beacon of agroecology in the world, millions and millions of people expected it, even believed it. There can’t be a greater disappointment….

Other people (who work the land and those who don’t), with all their rights, don’t agree with Casimiro. I do, but unlike him, I don’t think the battle is lost. In these days, the 1st Forum of Young Agroecologists was held virtually with the support of Cuban institutions, including MINAG, ACTAF, ACPA, ANAP, which undoubtedly also demonstrates the institutional support for this way of doing agriculture.

But I agree with him that there is an evident asymmetry between means and resources dedicated to one and the other.

From my ignorance of agricultural issues, I am one of those who think that Cuba can produce grains for animal feed, using hybrid varieties achieved in the country, which have been worked on for more than six decades and which at that time meant important innovations and achievements of our science applied to agriculture and are not GMOs.

Producing agricultural products is, without a doubt, the great emergency. Producing grains for animal feed is also an emergency even though we can combine them with other foods, from grass to cassava flour. That there is room for both “philosophies” and production technologies is more questionable and in this case it’s not worth that time will have the last word.

A difficult decision when on one side the need pushes and on the other the lack of financial resources also does it.