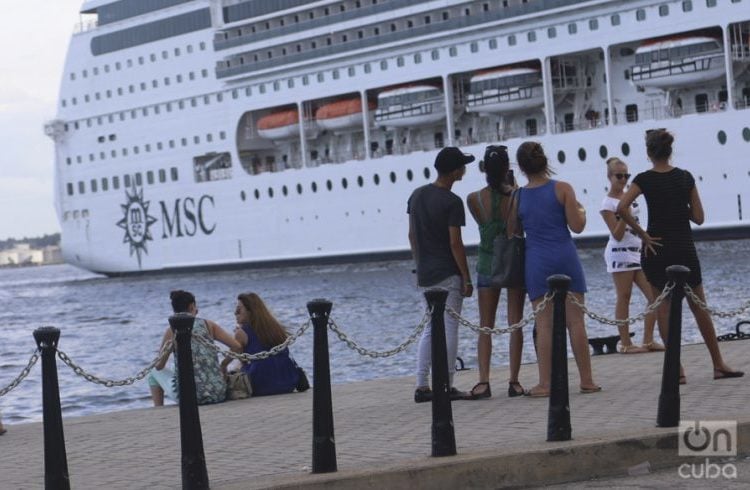 It is true that several U.S. companies have signed agreements with Cuban state enterprises. Some of them are in the front line of their business sector.

This group of new agreements can be viewed from many angles. I will try to analyze some of them.

The moment in which these agreements were signed is perhaps what calls the most attention. It would seem that this goes against all rational expectations in terms of business strategy. They have been signed after an election where a future U.S. president does not offer any security to “continue” the road undertaken by the Obama administration, rather the contrary. Thus it calls attention that despite the supposed relative irrelevance of the Cuban market (and compared to other markets in which those companies are involved) they have risked doing something that seems to go against the political line of the new administration. Cuba is barely a decimal point in the global markets of companies like Google, Caterpillar, General Electric or Good Year. It could be and in fact is different for the cruise companies. There could be diverse speculations but facts are facts, they have signed agreements when expectations don’t seem promising.

The “symbolism” of the signing is another aspect to take into account. Three of these companies, Caterpillar, General Electric and Good Year, had an important presence in Cuba before 1959. This is especially the case of General Electric, which controlled the energy sector in Cuba through the so-called Cuban Electricity Company and which is part of the package of claims for expropriation that must be negotiated at some time. There is then an implicit reading in those signed agreements that cannot be obviated.

The magnitude of the possible deals is perhaps a very different issue. It doesn’t seem relevant for the Google, Caterpillar, Good Year and General Electric companies. In general they are small or very small businesses. From that perspective “being” in Cuba seems more of a problem.

Google’s facilities do not have a general impact on the infrastructure deficit the country suffers from in its telecommunications, especially to take the necessary technological leap, although for the company it is undoubtedly very convenient to consolidate its presence in a market that has a significant growth potential. Meanwhile, in the case of General Electric, while it is very true that it will contribute to diversifying the Cuban energy matrix, it should not be forgotten that less than 5% of the power generated in Cuba is produced with renewable sources and, within them, the hydraulic sources are the ones with the less potential.

For the cruise companies it is different. Cuba is, and will be, more than strategic in any future design of the cruise business in the Caribbean.

Giora Israel, vice president of Carnival for some time, said that it is important because Cuba offers something new, unique and beautiful for travelers in the Caribbean, adding that it is the longest island in the most important region for cruises, and many people from the United States haven’t had the opportunity of visiting the island before. This undoubtedly is something shared by the directives of Norwegian Cruises, Royal Caribbean and Pearl Seas Cruises, the three companies that have just signed agreements with the Cuban tourism authorities.

Its geographical position, its relative size in the Caribbean, the diversity of the Cuban destination compared to the rest of the Caribbean is undeniable. Its vicinity to the ports of southern Florida gives it an unquestionable competitive advantage.

It is a nascent market with barely 46,000 cruise passengers in 2016. But the increase is 375%, which indicates extensive possibilities for future growth.

There are other advantages for these companies:

-European tourists’ preference for Cuba has been consolidated in the last two years.

-The expectations for the growth in tourism in Cuba remain high. In 2016 the year ended with around 3.8 million tourists.

-The start of regular flights to the United States and the ticket prices (in some cases up to 40% cheaper than any Caribbean destination) becomes a significant incentive, even to combine modalities where cruises can be important.

-Among the reasons for traveling, programmed tourism grew 11.9% and yachting 333%.

From the perspective of the U.S. companies, the diversity of situations in which the different sectors where they will work makes the importance of the signed agreements different for each one of them.

From the standpoint of the national economy, the importance is also diverse, although it must unquestionably be positive:

First, because they are large companies, some of which are among the world leaders in their sphere of business. That they start working with Cuban companies in the country’s prioritized sectors contributes, or should contribute, to the productive transformation, one of the strategic cores that is the foundation of our development program and should also make it possible to improve our international insertion, which is evident in the case of Google and the cruise companies.

Secondly, because it can allow us to attract technologies and internalize already existing technologies, as well as learn about their management. This helps in the management of the modernization of our economic, productive and technological rapprochement. But it will also allow the creation of job posts in sectors of greater technological complexity, something that is also very necessary for our country, even when these are barely a dozen or a few hundred.

And, in third place, because it contributes to the diversification of our options. It means more competition on (and in) the Cuban market and that is definitely good for the country.

Of course, the magnitude and the mark of the result will depend on our abilities to take advantage as much as possible of these new agreements signed a few days ago.