Cuban enterprises are not born with the right to export; someone has to grant it. 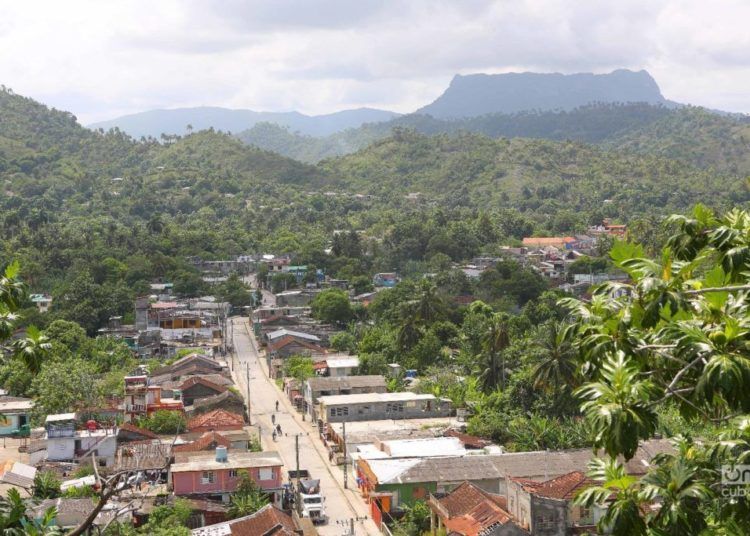 In a previous work I tried to expose how complex it was to achieve good economic policy designs, with the necessary coherence and consistency, capable of opening the paths of growth and development. Exports are one of those issues that require these policies and urgently need them.

An article on the export of coconut in Baracoa and another, a few months ago, on the exports of the Ceballos enterprise have moved me to write about one of the biggest problems the national economy is facing today, the increase in exports.

The Cuban export of services has made it possible to compensate for this situation, but each time in a more restricted way. In 2018, this situation did not change to positive and in 2019, achieving a better balance between exports and imports will rest on the cut in imports.

In addition, the “quality” of these exports of goods, in terms of their structure due to technological complexity, is concentrated in exports of primary goods, in products from natural resources and in low-tech goods, all of which together add up to 91 percent of all our exports, while exports of medium- and high-technology goods barely reach 9 percent.

President Díaz-Canel has repeatedly urged to increase exports. Today a demand has fallen on all the municipalities of the country and also over all the Ministries, OSDEs and companies to increase exports, to look for and find what can be exported.

It is somewhat paradoxical that a country with an open economy, with a small market, where exports should almost be the very reason for the existence of any enterprise, vocal cords must be damaged demanding more exports.

First of all, exporting requires identifying a market opportunity. For Cuban enterprises, trapped between the plan and a great many regulations that don’t favor autonomy, it is a difficult exercise to identify those opportunities.

With the exception of some well-known exceptions, Habanos S.A., Internacional Cubana del Tabaco, Havana Club Internacional, Sherritt International, Biocubafarma, etc., Cuban enterprises have a greater tradition of waiting for an opportunity to appear than building an offensive strategy looking for those opportunities, although it is true they don’t have much autonomy to do it either.

Let’s suppose, then, that they are able to identify that opportunity, let us even suppose that the technology of that enterprise, even without being cutting edge, allows for that production. Let us suppose more: that the quality of that demanded product can be reached by that enterprise. Then, they must seize the opportunity.

This means, above all, producing what the market demands, when the market demands it and at the prices that market is willing to pay. To achieve that virtuous trinity, an institutional framework is needed that “helps,” “supports,” “facilitates” that purpose.

Here we could make a small list of questions:

In the balance meeting of the Ministry of Foreign Trade (MINCEX) Díaz-Canel recalled that it was in the territories where the export products are produced. That is true, but it is also true that they are almost always far from the producers, the intermediaries who have been given the right to export those products.

There is a big difference between offering the export service and competing for the customers (the producers of the exportable products), that is to say, decreed by someone, the privilege of being the enterprise through which it is necessary to export.

The export and import monopolies were one of the most useful instruments for the interests of the feudal states during colonial times, and they were also great obstacles for the progress of trade and industry and a huge brake on productivity and innovation.

Now let’s go back to those two articles that I mentioned at the beginning.

It turns out that over there as far as Baracoa, an enterprise has found an opportunity to export it has taken advantage of it, inserting itself as a supplier of raw materials for the production of mattresses in another country; that enterprise exports coconut fiber. I don’t know if it does it directly, I don’t know if it depends on the national coconut group or the national coconut export enterprise, I don’t know if both exist, I really don’t know, but that production enterprise took advantage of that opportunity and there they are. They have done it even though the answers to the questions I asked previously did not leave a very favorable balance. They did it, they export coconut fiber from Baracoa, and a local industry does it!

It is true that perhaps someone who’s very bright may wonder why they export coconut fiber instead of making mattresses that have higher added value. Hopefully there is another as intelligent as the first who can give an adequate response or prevent us from entering into a great plan to develop the national coconut fiber mattress and manage to lose the export of coconut fiber, mattress and coconut.

The second of the articles was that about the export success of the Ceballos enterprise, and it is also instructive, because they have managed to export fruits and vegetables. Cuban fruits, Cuban vegetables, in the markets of some country.

I hope it is due to the experimental nature of what was done in Ciego de Ávila, if not, then it would be a great paradox that in a country that needs to export everything at all times and from any form of property, there is an institutional design that does not recognize by omission the enterprise’s right to export, but that it treats it as something exceptional. But still, in spite of everything, Ceballos, its men and women, also achieved it.

They are small examples. Dr. Pogolotti reminded is in these two days two indisputable truths: the first is that great things come the small ones and the second that “acquired bad habits are not banished with exhortations.”