Wouldn’t this be the time to resolve the same problems with other solutions? 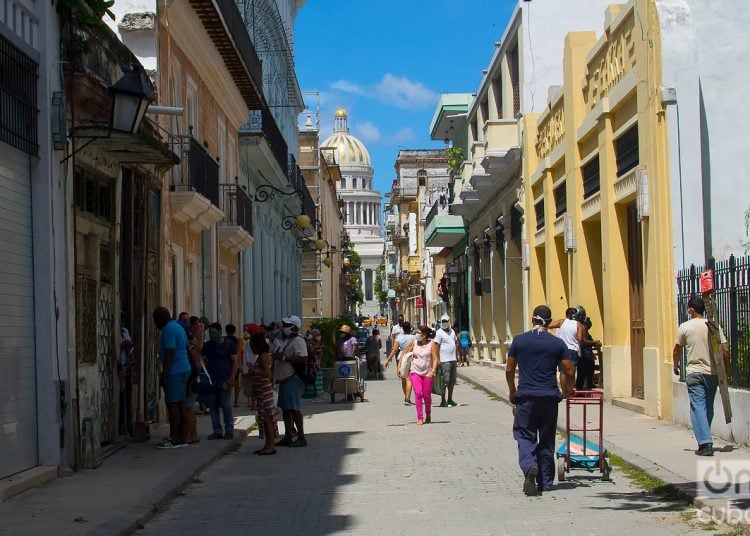 Just a few days ago I had the opportunity to read a magnificent article by Dr. Silvio Calves Hernández, colleague, professor, friend, industrial engineer who graduated many decades ago, advisor in various organizations, author of books, guest speaker at events which he gives prestige with his presence, profound observer, connoisseur of the idiosyncrasy of today’s Cubans and of many, almost infinite experiences of leadership, whether at the business, ministerial level and also of public administration, living witness and active participant in this long process that has brought us up to here.

What prompted my friend’s article was apparently simple and almost normal for the Cubans who live in Cuba and who must suffer/endure the “innovations” of our commerce system. Someone—undoubtedly brilliant—came up with the innovative idea of ​​concentrating in two outlets the sale to 12,000 consumers a perishable product in high-demand that also has to be weighed and noted in the ration book. This information was of little use to my friend, who one day had to examine the queuing theory in his career and who has since had the opportunity to discuss it with highly-qualified specialists, except to reaffirm the irrationality of what he was facing. In any case, he had to wait six hours and minutes to acquire the long-awaited and strategic product.

Commerce, almost as old as human beings, is an essential link in that chain that political economy professors repeat to our students in classrooms: production, distribution, exchange and consumption; it adds value, among others, when it manages to shorten the time between the conception of the product and its consumption, convenient for the producer because it increases the rotation of his inventory and for the client, because it reduces the time spent in the acquisition of the goods that he wants. And time, although we continue without perfectly realizing it, is, of all the resources that human beings have at hand, the scarcest.

Our commerce, especially that carried out by state enterprises, regardless of the enterprise, chain, currency in which it is carried out, does not help as much as it could in that process and many times it does not fulfill that part of adding value by making customers save time. Rather, it has the opposite effect.

The high concentration of commercial establishments that sell products in certain localities—something that we suddenly discovered with COVID—and the fact that there are territories, even municipalities in the capital of the republic, which do not have a presence or very little presence of these is, undoubtedly, one of the causes that explain this fact, but it is not the only one.

Perhaps there are two philosophies in the organization of the commerce network. The first, very rarely materialized in our country, is one that understands that the customer is decisive and that everything that is done in terms of commerce must have as its main reason the satisfaction in time, form and quality of the customer.

Then there is the other, which is carried out from the perspective of the enterprises in which they are concentrated and to a certain extent exercise quasi-monopoly power over the activity, knowing that users/clients/consumers have no other option because they do not have the alternative of going to another “store.” These enterprises make their organizational arrangements to make it easy for them to carry out their activity—knowing that competition does not exist or is too weak, rare or scarce—or to fulfill purposes such as the so-called “control,” which at some point is transformed into its denial or the “saving” of electricity, fuel, transportation and wages at the expense of customers’ time and the intangible damage that this waste of time produces to the national economy.

It is certainly not the only cost, there are others, ranging from health to the generation of a certain conformity that feeds this vicious circle of low quality of services and products. However, I must clarify that this philosophy is not exclusive to state commerce, it also grows and prospers in the non-state sector, unfortunately, because there too, competition is low and the dominant position of sellers in a market with a deficit supply is conducive to this.

The problems of commerce in our country, state, non-state, black, white or semi-gray, wholesale, retail, domestic, foreign, have been with us for a long, long time. Those in retail especially since the late 1960s. In the institutions that are in charge of its organization and regulation, dozens of valuable, intelligent, prepared, self-sacrificing and dedicated colleagues have worked and continue to work, no one can doubt it, even when there are others who are not.

However, all their effort and intelligence have collided, year after year, decade after decade, long before this pandemic, against the stubborn and obsessed reality, which returns to them, after a few months of the inaugurations of the last program of relaunch, the same image from years prior to that last program.

Today, that “e-commerce,” home delivery, card payment, that phenomenon so modern for us, as well as that modality, in short, repeated the same ills and generated others typical of said activity. The enterprises in charge have not crossed their arms, it is true, but unfortunately, they have not found the solution that really adds value for the customer and definitively solves dissatisfactions. Also here, a certain space has appeared for the non-state sector, which has joined the efforts of state enterprises, helping to alleviate some of the existing deficits, bringing the producer closer to the customer and vice versa, reducing delivery times, sometimes reaching places where it is very difficult to get to and are isolated, contributing with enterprises and producers to a greater rotation of their inventories and above all joining, in these difficult times, to meet the needs of a segment of the Cuban population, exhibiting a capillarization that sometimes astonishes and contributing with their actions to foreign currency income for the country.

It happens, however, that despite the success of electronic commerce, the bulk of retail trade in Cuba continues to be carried out physically, directly, in person, and the vast majority of Cubans continue to suffer from those ills that I mentioned above and that the pandemic, blockade, world crisis, has made worse. No one has crossed their arms, but the definitive solutions still do not appear.

Wouldn’t this be the time to resolve the same problems with other solutions?

Wouldn’t it be more convenient for the country to promote a non-state sector in the retail commerce that would allow expanding the outlets, improving and diversifying the offer without compromising the people’s money, which is surely more necessary for other purposes?

Is there no other solution than to continue maintaining the euphemistically called grocery stores under the same conception in which they have been maintained for decades?

Wouldn’t it be beneficial for our population if there were other chain stores, non-state, even some non-national, that could maintain a stable supply and assume the risks that any market implies? Could not the State win by obtaining taxes on the sale, the rent of premises, the taxes on the wages of the workers of these enterprises?

Our commerce system needs much more than a recovery and modernization program, it requires a deep and radical process of reconversion.