April averages 1,073 infections a day and there have been 15 deaths so far this month. Díaz-Canel said on Twitter that due to these results “in the next few hours there will be more drastic closure measures, as in the case of the first outbreak.” 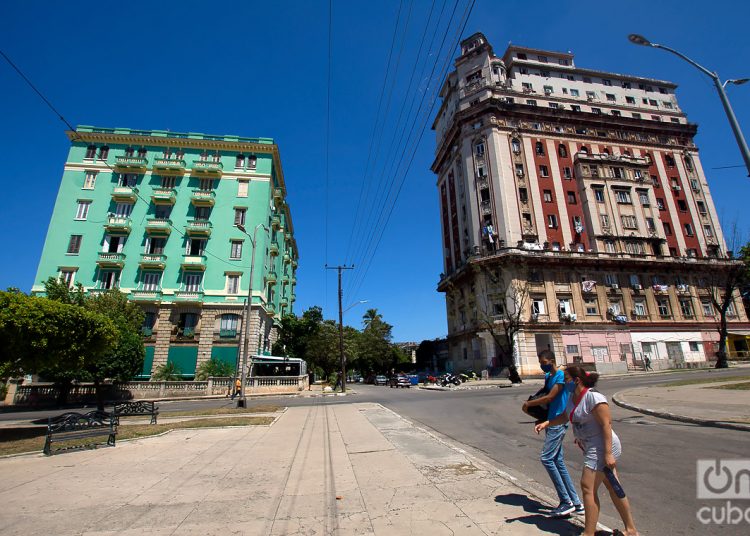 The effects of the SARS-CoV-2 virus this Monday: four deaths, 1,030 infections and 5,273 confirmed active cases, a figure higher than the 5,000 under which the country had remained during the last 25 days, Dr. Francisco Duran said today in his daily appearance.

April averages 1,073 infections a day and there have been 15 deaths so far this month. The death toll during the entire pandemic on the island stands at 440.

The deaths this Monday correspond to two men and two women, aged between 55 and 89, and residing in Bayamo (Granma), Habana del Este and Boyeros (Havana), and Cueto (Holguín).

In the case of the Cueto death, and according to the report issued by the Ministry of Public Health (MINSAP), “protein-calorie malnutrition and senile dementia” were detected.

Most of the patients today owe the contagion to autochthonous transmission (1,021), 991 were contacts of confirmed cases and nine were Cuban travelers who acquired the virus abroad, in Russia and Mexico.

Regarding the incidence rate per 100,000 inhabitants in the last 15 days, Havana (347.1) and Granma (167.4) are the territories with the highest incidence; in fact, 10 Havana municipalities, one from Granma and the other from Matanzas, concentrate 47.5% of the transmission in the last two weeks.

On the island, the 42 active events with the highest incidence are reported in Granma, Havana, Pinar del Río and Santiago de Cuba, highlighted the national director of Epidemiology of the MINSAP in his conference, where he also advanced the notice of Cuban President Miguel Díaz-Canel, who reported on Twitter that, due to the results of the virus this month, “in the next few hours there will be more drastic closure measures, such as before the first outbreak.”

53.2% of the infections reported this day were symptomatic at the time of diagnosis. According to the MINSAP, 19,328 samples were processed.

As of midnight, there were 25,468 hospitalizations; of them, 74 were in intensive care: 30 in critical condition and 44 in serious condition.

There were 744 discharges during the day, with whom 75,871 patients have already recovered, although Dr. Durán specified that many of them continue to present the effects of the virus.