To convey the Cuban government’s rejection of the allegations made about the country in the 2020 State Department report on Human Rights. 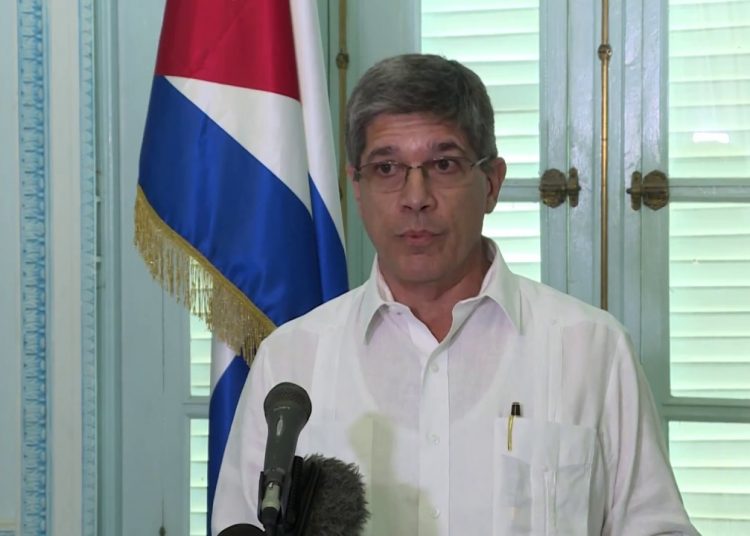 This Monday afternoon, the director general in charge of the United States of the Cuban Ministry of Foreign Affairs (MINREX), Carlos Fernández de Cossío, summoned U.S. Charge d’Affaires Timothy Zúñiga-Brown to convey the rejection of the Cuban government to the allegations made about the country in the 2020 State Department report on Human Rights.

According to the MINREX press release, Fernández de Cossío told the diplomat that his government “opportunistically is taking advantage of a sensitive issue such as human rights for its policy of aggression against countries that are not subordinate to the U.S. government” and that defend their peoples’ sovereign right to self-determination.

He also said that this report was “arbitrary and unilateral,” and that it was characterized “by allegations and accusations that are false.” The text repeats, he said, slanders that political groups in the United States, with extreme positions against Cuba, have formulated for years as pretexts to promote hostile actions and impose coercive economic measures aimed at damaging the population’s standard of living and punishing them for their support to the political, economic and social system that the country has freely and sovereignly chosen.

The official said that the flagrant and systematic violations of human rights in the United States are known and documented: they refer to racism, xenophobia, police brutality, torture of prisoners, prolonged incarceration, the use of secret prisons, anti-Semitism, McCarthyism and other forms of religious and ideological intolerance. Added to this are the extrajudicial killings in various parts of the world and the arbitrary and prolonged detentions of innocent people.

He highlighted that “Cuba enjoys international prestige in the field of human rights, due to the results it has achieved in their promotion and protection, due to its tradition of cooperation with United Nations mechanisms that are applied on a universal and non-discriminatory basis”; and for the country’s solidarity support for the efforts of other developing nations to protect the rights of their peoples.

Cuba has recently been elected as a member of the Human Rights Council for the period 2021-2023 and is part of 44 of the 61 international human rights instruments.

Finally, Fernández de Cossío urged the United States government “to cease its discrediting campaign against Cuba in terms of human rights and to put an end to other unilateral and interventionist exercises.”