How do Cuban women live after the pandemic? What is known about the racialized, the transgender, the migrant, the disabled women? 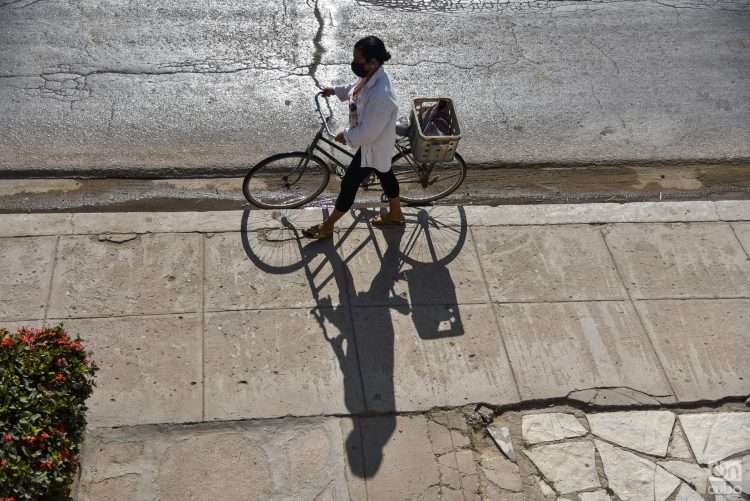 Inequalities based on gender have worsened in recent years as a result of the health crisis caused by the coronavirus pandemic, which turned into a global economic crisis. Women were more exposed to the virus given their overrepresentation in health facilities as medical or health personnel and in care work in homes.

With the isolation measures, they were the ones in charge to a greater extent of ensuring the studies of children and adolescents; of caring for dependent persons; of keeping the houses sanitized; of maintaining teleworking in disadvantageous conditions; and they were also the ones that warned from the first days that gender-based violence was going to be unleashed inside homes due to mobility restrictions. All in a global context of feminization of poverty, of an increase of single women as heads of households, of an escalation of women in informal jobs, especially for racialized, migrant, peripheral, rural and gender dissident people.

Cuba was no exception. From what we experienced in the 1990s with the so-called Special Period, we knew that women would suffer the worst part of any crisis. They had to reinvent life with limited resources, abandon paid formal work, prioritize other more vulnerable family members from patriarchal and sexist family mandates and schemes.

COVID-19 and the national economic reorganization that took place in the midst of the global health and economic crisis have left Cuban women in worse conditions. Recently, the National Office of Statistics and Information (ONEI) published on its website the 2021 statistical yearbook, and in it the inequalities based on gender are reflected in figures. Although they are not “new” gaps, some are worrying.

In the field of paid formal employment, Cuban men maintain advantages. While they represent 61.1% of the employed, women are just 38.9% according to data from 2021.

The state sector continues to be the one that employs Cuban women the most — especially in education and public health and social assistance —, while the non-state sector is the one that maintains the most unequal gender gaps. For example, compared to 1,498,000 people belonging to the non-state sector of the economy, only 364,000 are women, which represents approximately 24%. The difference in relation to 76% of men is very considerable. If we compare it with the year 2020 in which the percentage of women linked to this sector was 26%, the figure experienced a small decrease in equal proportion to the total number of people.

Specifically in self-employment, women represent only 33% of the 596,000 linked to this sector, two percentage points lower than in 2020.

Likewise, according to the people employed in primary economic activities (agriculture, livestock, fishing, mining), secondary (manufacturing, construction and energy) and tertiary (trade, transportation, services, etc.), women comprise only 39% of that total, barely 16% in the primary and 22% in the secondary, which, at the same time, are activities that receive a better average monthly salary. Tertiary activities maintain a certain gender parity.

Moreover, in relation to occupations, it is noteworthy that women reach 31% of all management positions in 2021, while in 2020 the figure was 38.7% despite the fact that in both years the total number of employed hardly changed. This can be read as one more effect of the crisis and the pandemic. These inequities are manifested despite the fact that women finish more studies than men, and despite being the ones with the most university degrees (60% of women completed higher education compared to 40% of men).

What is invisible in the data: intersectionality

Bearing in mind that there are few updated statistics disaggregated by gender, if we want to look at vectors such as race or skin color, gender identity, sexual orientation, mobility situation and others, the situation worsens.

Skin color as an indicator considered by the ONEI is used very little. Gender identity and sexual orientation, only in some surveys. Simultaneously, much less. However, they are among the most affected populations.

There are already several studies (institutional and non-institutional) in the field of social sciences that account for this overlapping of structural inequalities for which the indicator “women” is not sufficient.

How do racialized, transgender, migrant, disabled women live after the pandemic? What is their occupational situation? How does discrimination behave in the real possibilities of reproducing their material life?

Precisely because these questions cannot be rigorously answered, it will be very difficult to develop effective solutions against these complex inequalities.

It is also known that transgender women are self-employed in the informal sector and often through sex work (also racialized women), that life expectancy does not exceed 50 years, that they suffer severe discrimination in schools and workplaces, that they are criminalized and that their rights are systematically violated.

These sectors often “stay at home” inhabiting the social margins.

However, home and care work still does not update its contribution to the Gross Domestic Product (GDP); it is not yet part of the country’s economic estimates and calculations, being occupations so vital for the support of the nation and for the call to “resist” in the face of a crisis in all directions.

The National Program for the Advancement of Women undoubtedly updated the state agenda regarding gender equality and as a result it generated specific actions. Articulated in seven different central points, one of its main objectives is to achieve greater systematicity in the joint actions between the different State entities at their different levels, and to face the obstacles related to gender equality. And its first central point is dedicated especially to the “economic empowerment of women.”

Although the Comprehensive Strategy against gender-based violence responded to this same Program in terms of violence, the same is not observed with regard to economic inequalities despite finding ourselves in one of the worst crises of the last 30 years and regarding the so-called “Task of Reorganization” with the multiple measures that followed. Faced with a changing and unstable economic scenario, where the possession of foreign currency is essential to reproduce life, with a greater opening to “entrepreneurship” directed towards an expansion of the private sector and a retraction of the state sector, women, in their very varied social conditions, vitally need the accompaniment of the State.

The extensive blackouts, inflation, and the partial (but deepening) dollarization of the economy certainly cannot be reversed in the short term. However, policies where gender (and other markers) are at the center can be enacted for the benefit of “liberation” of the non-state sector. Promoting cooperativism, creating tax incentives, granting preferential loans, plots of land or other real estate for the development of new economic activities, promoting care solutions between both sectors, providing programs that encourage the hiring of women and gender dissidents, etc., are peremptory for the current state of the economic and political panorama.

More and better policies are missing, policies that do not come down from the sky and that are elaborated from below, with the most impoverished sectors and less benefited by the measures of the last decade. That the so-called “empowerment” that the Program indicates, although it is already a fairly liberal term, at least does not remain in the unattainable cloud of “opportunities” that the latest economic changes in the country represent. Economic justice is needed through real policies formulated between the State and the communities; this, despite the current difficult conditions, can be one of the ways to lead a decent life.

Fleeing from the screens....