The issue of emigration presents a perfect prism on the perception of our problems, including the causes that drive our relations with the U.S. 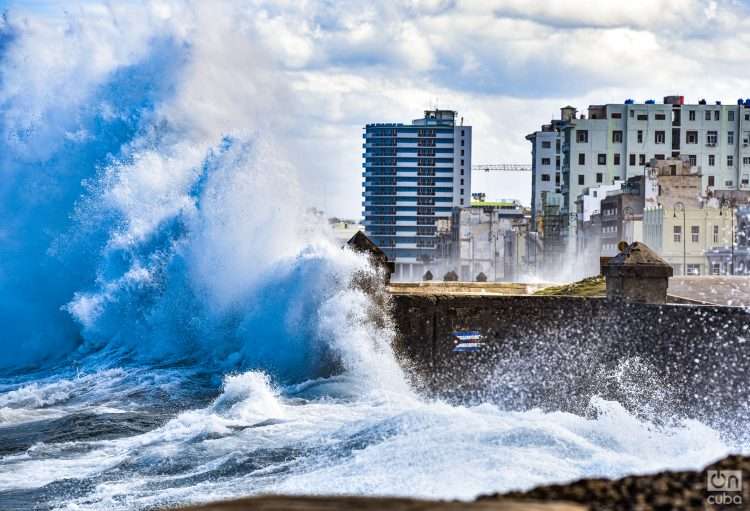 As those who lived through them might remember, and as those who have investigated them know, we are not back in the free fall of the Special Period or in a slow-motion Mariel. Nothing of the sort.

In previous articles in this series, I have attempted to characterize each migration crisis, in its specific contexts. They all occur in very different historical, economic, social as well as political circumstances. The closest of all is the invariant factor of the United States, both in its impact on the economic situation that generates emigration, and in its ability to attract migration. But even its perpetual policies do not have the same effects today as they did 30 years ago.

Although extracting lessons and analyzing patterns between current and past events is not the same as forcing parallels or getting lost in what Wichy Nogueras called the eternal return graph, the issue of emigration presents a perfect prism on the perception of our problems, including the causes that drive our relations with the United States.

For example, when we compare the current annual emigration rate with that of the 1960s. As we have already pointed out, 215,000 people left for the United States alone between 1959-1962, at a rate of just over 50,000 per year. The hiatus that followed this cycle would lead for the first time to a situation that forced the United States to sign a migratory agreement with Cuba, to establish the so-called “airlift,” through which 340,000 people emigrated, at an annual rate of about 48,000. If those were the migration rates, a quarter of a million Cubans should have left in the last five years. Although that rate has accelerated in the last two years, it still does not reach that amount.

There is no known study that describes the demographic, socioeconomic, political composition of this flow we are in now, as we have been able to have on the previous ones.

Never before have significant amounts of “guajiros” (farmers, a quarter of Cubans) or black people (more than a third) left. I suspect not now. Except in the first waves, where adults close to forty predominated; during the Mariel exodus and in the rafters’ fleet, around twenty-year-olds already prevailed. Their level of education has been increasing. Entering the host society, they gained in salary levels; their employment status decreased. In other words, a third of them were doctors, professors, university graduates. There they were employed in commerce or services. Since the early 1960s, women have entered the workforce en masse, and Cuban families have an average income, although lower than white Americans, higher than African Americans and other Latinos.

The construction of the image of Cubans as separate and different from the rest of Latinos had its origin in these differences, even when those upper-class marks have long since ceased to apply.

But these data are not the only ones, nor even the most relevant, if it is a question of understanding the dynamics of the migratory flow and especially of the crisis cycles. It is curious that when comparing Mariel and the rafters with the current migratory wave, some expert researchers overlook a couple of political variables that have a crucial weight: Cuban migratory policy and the vision of U.S.-Cuba relations.

Since January 2013, the immigration policy has been different from the previous one. In addition to opening the door to and from them, it keeps those who leave as permanent residents here, where they retain property and citizen rights. What distinguishes this new migratory pattern is that it replaces the obligatory direction arrow with that of circular traffic. So whether they are tens or hundreds of thousands, they are not “definitively leaving the country,” as was said before, because they can return. By recognizing the right to free entry and exit (constitutionally reaffirmed six years later), the Cuban State adopted a policy — apart from any negotiation scheme with the United States — that tends to normalize the flow, and to leave behind its characterization as a problem of National security.

So it does not come out through a recently opened “valve,” to decompress the situation, but through a door that has been permanently open for nine years. As is logical, the effect of this back-and-forth opening tends to thicken the flow, which now includes those who aspire to have a foot on each side. Faced with the dilemma of retaining a workforce, mostly young, and largely qualified, on the one hand, and normalizing immigration regulations as part of a legally constituted order of citizen rights, not subject to the vicissitudes of the situation or the national security, on the other hand, the Cuban government has accepted the challenge, and its consequences.

The current ‘return gate’ could be compared to the ‘exit window with temporary visits’ opened in 1978-79. As I noted earlier, the linear equation “economic crisis + political pressure = migration crisis” does not explain Mariel. More than “a desperate mass of citizens in search of bread with freedom,” they were moved by the expectation of a round trip ticket to visit the country of Jauja, from where the community came loaded with suitcases, with pick-up service included, and the open arms of the U.S. president in person. That’s how 125,000 came out (almost 135,000 according to the total calculation of 1980), 80% between May and June 1980. After six months it had gone from jet to drip. Its image of massive crisis corresponds to the fact that its staging took place in a much more tense and dramatic theater than that of the 1965-73 airlift.

The second variable, much more interesting, has been less elaborated as a migratory factor by scholars of the subject. It is about the expectation that bilateral relations create among Cubans, and its effect on the decision to migrate.

For example, what impact did the Obama factor have, that is, the normalization of relations, on the migratory flow outside the agreement between the two countries?

Although the U.S. government refused almost all the time to suspend the application of dry feet/wet feet, alleging that it was part of the regulations of the Cuban Adjustment Act, and that only Congress could, etc., the logic of normalization tended to put a question mark on the Cuban migratory exceptionality. Accustomed, on both sides, to sniffing out the direction of the wind in bilateral relations and anticipating its potential effects, many anticipated that normalization was not good news for those who might think of emigrating.

Those who left or tried to leave could later find that the end of the wet foot/dry foot policy, adopted by Obama just a week before leaving the White House, forced a nosedive for those trying to leave by sea. Suddenly, as a result of that last-minute decision, the Coast Guard service that patrols the Straits of Florida was left with almost no Cuban boats to search and rescue.

What effect did the Trump factor have on the migratory flow, with and without visas?

Just six months after taking office, the new administration found a new way to cause the virtual freezing of the migration agreement with the island. It was called “sonic attacks on diplomatic personnel in Havana.” Its net effect on the migratory flow is revealed in figures.

In the context of the other migratory flows in the region, the island had not had a main place during Obama’s second term, nor in Trump’s. Between 2015 and 2020, more people entered annually from four other countries than from Cuba. Among these main Latin and Central American emitters in 2020, Mexico (>100,000), Dominican Republic (>30,000), El Salvador (17,000), Brazil (>16,500) surpassed Cuba (16,367). In that six-year period, the drop in the flow rate of Cubans was clearly manifested between 2018 and 2020, due to the combined effect of the end of the wet foot/dry foot policy, and the continued interruption of the consular services in Havana.

Although the interception and return of those who tried to enter by sea would continue, Trump’s package of measures against Cuba included, along with the closure of the consulate, a de facto reopening of dry feet/wet feet on the Mexican border. In other words, he reactivated the effect of that exceptionality, and its stimulating action, in the line of raising internal migratory pressure.

The expectation created about the progress of bilateral relations and possible re-normalization with the Biden administration would bring new winds of uncertainty about the migratory exceptionality. That expectation, combined with the news about the tolerance of the border police towards Cubans, the narrowing of access to consumption and the impact of COVID in Cuba would cause a perfect storm in 2021-2022. The opening of Nicaragua, in the face of the intransigence of others in the Caribbean Basin in the face of the transit of Cubans, would open a channel for that exacerbated potential to find an outlet to the city of Yuma, where once again La Migra awaited them.

By tightening the screws on the Island, closing the visas of immigrants and visitors, and at the same time opening a crack in the Mexican border, the accumulated migratory situation got out of hand and led to a crisis (just like in 1965, 1980, 1994).

These migrants, as I said before, do not “definitively leave the country,” as before, because they can return. Whether they do or not depends on them and the country. In other words, from the context of their lives and the circumstances of the Island. Neither are they little seeds in the wind nor is the Island a landscape haunted by “the curse of being surrounded by water on all sides.”

I began this series by evoking a “Letter to a Young Man Who Is Leaving,” the publication of which will be ten years old in twenty days. Among the answers that I keep most clearly in my memory was a bitter and resounding one, from a young man who lived in Belgium, who took my letter as study material to say everything he thought of the system. Although he ignored the dialogue in my letter, it was explainable to me, and I thanked him for replying to me. He ended by saying that he was not going to return to Cuba until the democracy that he enjoyed in his European country prevailed here.

I am going to take advantage of the tenth anniversary of my one and only best-seller to write an epilogue to that Letter, and tell what happened later with that young man, and other lessons I learned.

So I ask the reader to have the indulgence of letting me end this overlong series with a very brief quotation from that letter to a young man leaving a decade ago. He says like this: “Get up every day remembering this ship where we keep rowing, that it only moves if we all push it. You can also row from there, so that it stays afloat and heads to a safe port… We continue to count on you….Carry with pride that you are a citizen of this country, because the Cuban identity is not a travel document, nor is the homeland a piece of cloth There will be those who tell you that we are a virtual or imagined island, a diasporic territory and other metaphors. You and we know that Cuba is the real space where we share tangible things such as risks and results, costs and aspirations, among all of us. So it must be; and it will be, if we propose it hard. Good luck and see you soon.”